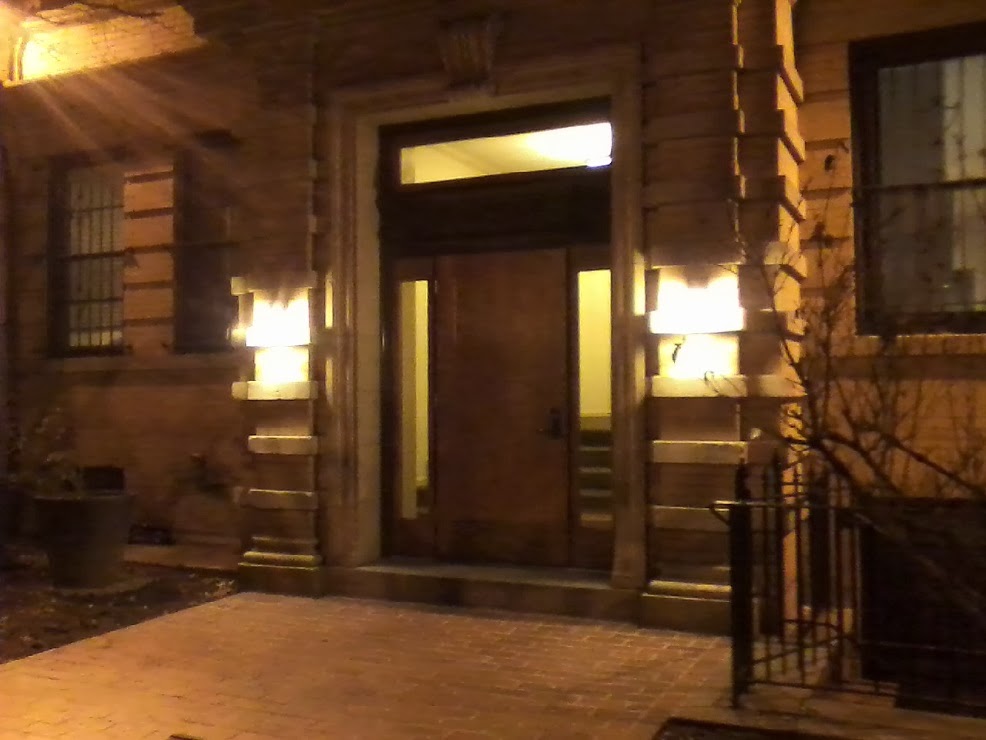 
I'm home now after a decent, busy work day and a stop at the gym for a swim, specifically, the big pool at the National Capital YMCA rather than the closer Anthony Bowen YMCA where I usually go. I also rode my bike to work and back home via the gym (and, no, the bike WASN'T stolen). I weighed myself on the large, old Toledo scale and was a whisker over 142 pounds even before the swim, so that's just about where I want to be (not the 145.5 pounds last Thursday). 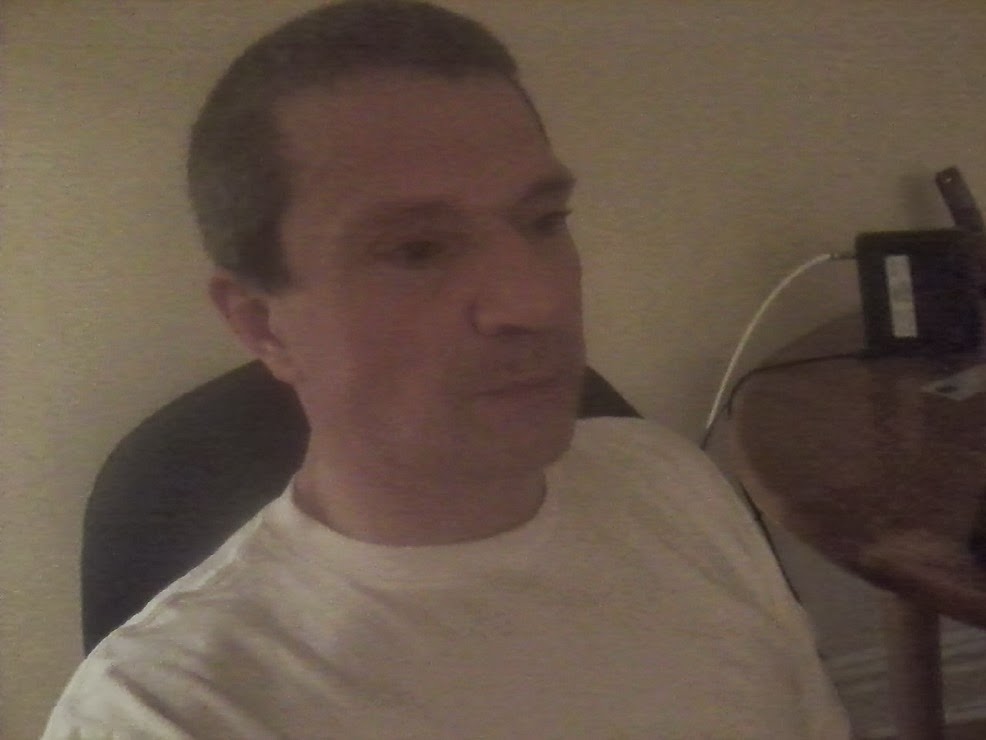 
At work, I spent time working on a table showing the expected land disturbance in acreage for a suite of utility-scale renewable energy projects across 8 technologies per megawatt of capacity. The OTEC -- if it could work -- would be quite energy dense and amazing because, well, the ocean is amazing.
I then wrote up a three page summary of the legal and regulatory history of Section 316(b) of the Clean Air Act for existing facilities with cooling water intake structures. It was all sort of interesting. 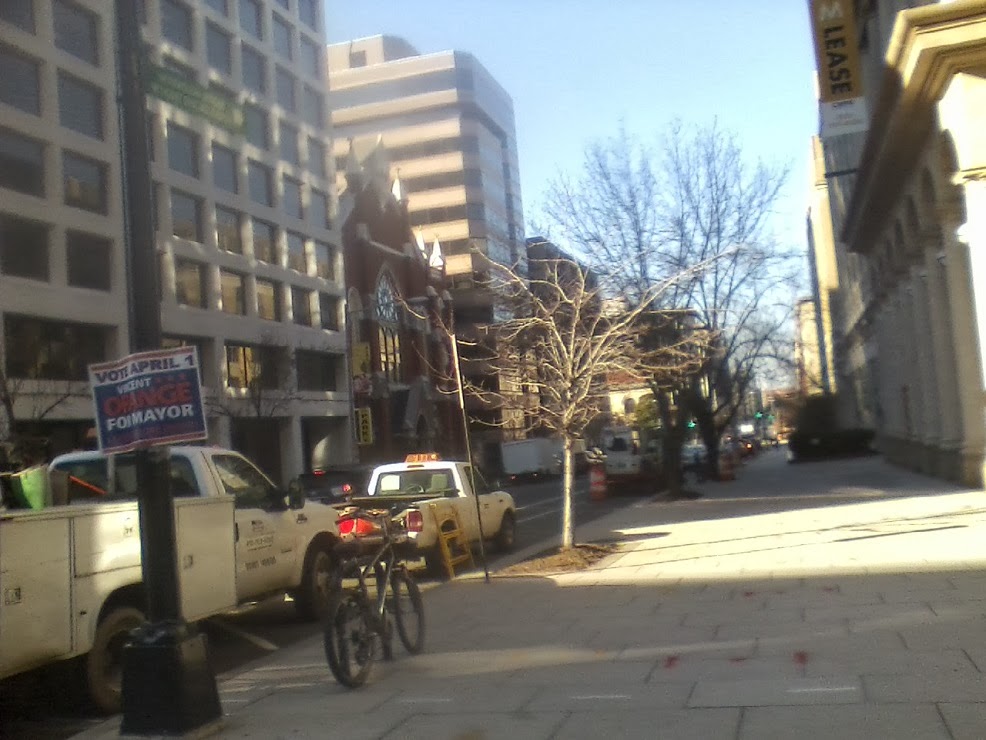 
Last night, I stopped at No. 9 and then D-I-K (where Chris H. was working) and both places were enjoyable. Earlier, I went to the Metro Center Macy's to buy a new wool blue hat (I lost one on the Metro yesterday) and gloves and FINALLY a shirt of the sort that I really like. (I've been having trouble finding a decent one for months now. And it was on the reduced rack. I didn't like the hat at first in the pile of overpriced / partially-reduced left-overs but suddenly I love it.)
OK, I don't want to have a lengthy entry as I want to go out in a little while. I need to get some dinner (I don't have much food in the house) and then go perhaps to No. 9 (except it has this weird Friday night 11PM closure) and Nellie's, or maybe some other place (Larry's Lounge or a straight place in Adams Morgan). As for dinner, I'm not sure -- maybe I could do Old Ebbitt Grill tonight.
Whatever I do, I'll be solo tonight. 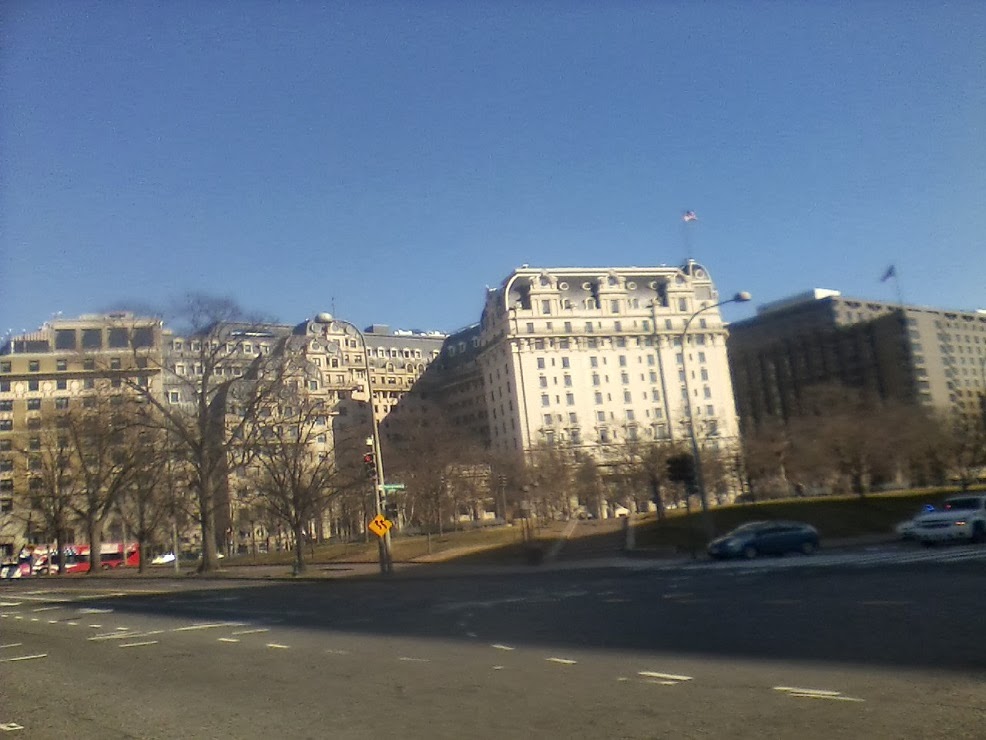 The Willard InterGalactic InterContinental Hotel and Freedom Plaza, as seen from the intersection of 15th St. and Pennsylvania Avenue on a bright winter morning, Washington, D.C., 10:30AM January 17, 2014. Again, I was on my way to work on my bike, which I don't normally ride.
Interestingly, it takes me as long to get there on the Metro as to bike there, although going down 15th Street, invariably I catch every cross street traffic light between U and H Streets (where I then do a zig-zag through Lafayette Park before picking up 15th Street again (which jumps about a block to the east).
*******


Gary is in Aruba for a few days and Kristof, well, I never see him on the weekend. As for Gary, he returns early next week only to fly right back out with me on Friday for a weekend trip to Buffalo and Niagara Falls precisely to see snow. It looks to be very cold again and stay around for a while as the polar vortex again visits, but still no snow in D.C., and I doubt we'll get any this winter. It's just not lining up right -- it rarely does.

The ECMWF 0Z Jan. 16, 2014 run showing five-day mean 500-hPa (mb) geopotential height anomalies between Jan. 21st and Jan. 26th, 2014 and between Jan. 26th and Jan. 31st, 2014 (12Z all times). Image created by WeatherBELL and posted in this CWG entry.
At least we have been getting precipitation (rainfall). Much of the State of California is in an intense ("extreme") drought. The deep trough over the Eastern U.S. giving us our cold winter is farther upstream occupied by a giant ridge over the Western U.S. But it has been dry there for months. 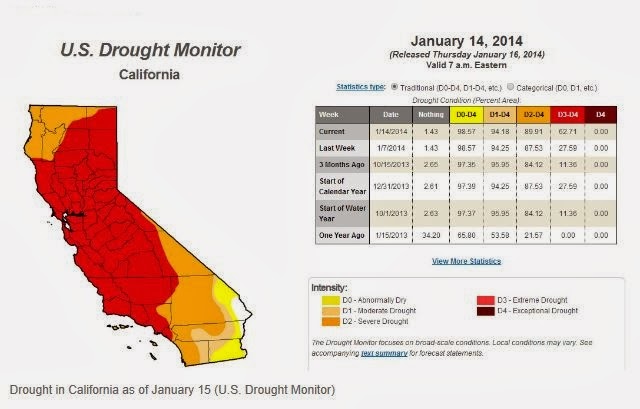 
I intend to update the blog tomorrow with at least a jukebox Saturday night entry and possibly a full and more meaningful entry (which mostly just means complaining and/or posting excerpts and links to pieces by Paul Krugman, Jonathan Chait, Josh Barro, and/or Andrew Sullivan).
Or maybe I'll try to catch up on some backed-up entries. Or even do a map/place entry. Regardless, I have to go to the gym tomorrow late afternoon / early evening.
OK, that's all for now.