"A Foggy Day (In London Town)" performed by Frank Sinatra on his "Songs For Young Lovers" album (1954).
Sinatra did other versions of the song, which was actually composed by George Gershwin with lyrics by Ira Gershwin. Fred Astaire performed it in the 1937 movie A Damsel in Distress. 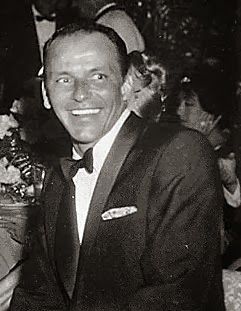 Does anyone remember that old SNL skit (from 1991) mocking the show The McLaughlin Group. It was called The Sinatra Group. Sinatra (played by the late Phil Hartman) was the host / moderator and his guests were Billy Idol (played by Sting) and Sinead O'Connor (played by actress / comedian Jan Hooks). It was hilarious.


Here is the only snippet of it I could find. The full segment has been likely been removed by NBC wherever it appeared. I don't expect that segment to last too long, either. (Is it me or does "Local Hero" Dave Perruzza have a weird resemblance to Sinatra? Maybe he can do an imitation of him. I'd like to see that.) 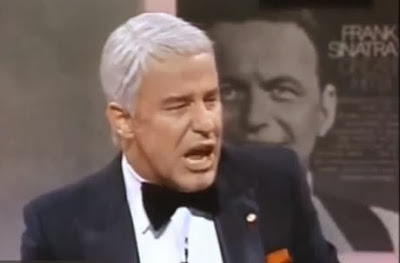 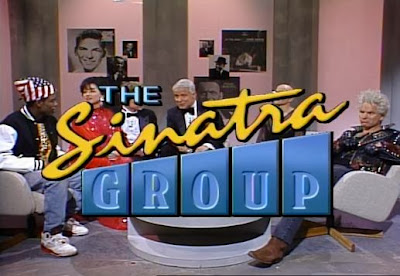 Here's the "title card" of the clip.
End update.


This is my combination jukebox Saturday night and brief update entry.
It's Saturday night -- still early but already dark at this time of year -- and a rainy, cold one at that. There was a touch of sleet earlier here in D.C. -- as in about three minutes' worth -- but now it is just a showery cold rain that will taper off to drizzle and some fog -- hence the lead song to this entry.
"At Last" by Etta James from her album of same name, At Last! (1960)
The song was written by Mack Gordon and Harry Warren for the 1941 movies Orchestra Wives and Sun Valley Serenade (though it didn't make it in the latter).
*******


I'm back from the gym (Anthony Bowen YMCA) where I had an hour jog on the treadmill but only about 25 minutes of weight-lifting as I had a slight digestive issue that required I come home.
For that reason, I also skipped the pool, too. As it is, I can't find my goggles and probably need to buy a new pair. They are a pain to find but there is a store in the L'Enfant Plaza mini-mall that sells them. This is next to my office. (I went to the National Capital YMCA on Thursday night into the big pool, although it was a bit crowded. The water quality remains quite clear, although I'm not sure if some of it is just due to the new, cooler blue lighting in the natatorium.) 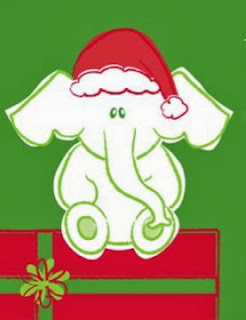 I'm SUPPOSED to go to Jake and Matt's holiday party tonight, but it is cold and wet and I'll have to take the Metro across the Potomac Ocean River into the suburban wilds of Arlington walk nearly a mile from the Ballston Metro, not to mention I need to get a bottle of liquor and/or a small present for the "white elephant gift exchange."


All I really want to do is follow my usual Saturday night schedule -- Me TV, then perhaps Old Ebbitt, then No. 9, and then Nellie's. But if I skip the party, I suspect I won't get any more invites from Jake. And whatever excuse I give him, he won't believe it anyway. The party starts at 7PM, so if I do go, at minimum I will be an hour and a half late.
"Reminiscing" by the Little River Band from the group's album Sleeper Catcher (1978)
This is a gentle, upbeat song -- and this particular YouTube video has some pretty imagery scattered throughout it.
*******


My next update will likely not be until late Monday (or just after midnight Tuesday). I need to do some work tomorrow at home during the day.
--Regulus
Posted by Regulus at 7:48 PM