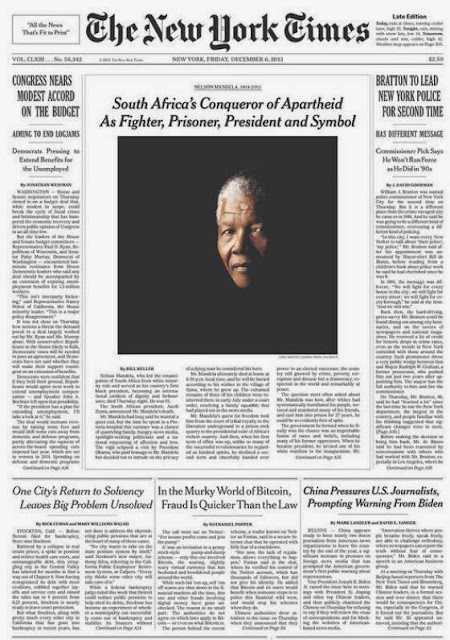 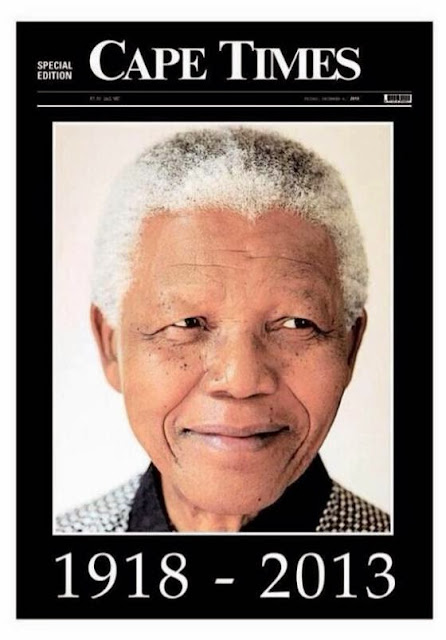 The print edition cover a special edition of the Cape Times marking his death.
*******


I had a busy day at work creating and recreating a blizzard of Word and PDF files for my remaining Texas compliance cases -- all of which are being submitted simultaneously for resolution.
This is just a quick update as I do not want to sit in front of the flippin' computer until 10 or 11PM posting an entry that nobody reads. More importantly, I want to go out tonight to some combination of Larry's Lounge, No. 9, and D-I-K (where I think I'll get dinner and where, I think, all is fine now between me and a certain person based on last night's brief interaction there).
Tonight is a chilly, damp, drizzly-showery night with temperatures around 45F here in D.C. This followed a rainy day with slowly falling temperatures. There was anywhere from 1/2" to 3/4" of rain area-wide (I don't have exact numbers yet but through 8PM it looks like 0.45" at KDCA, 0.68"at KBWI, and 0.75" at KIAD.)
Updated 8:23PM 12/7/2013: Another batch of rainfall moved through last night after I posted this entry, so the two-day event totals were as follows: 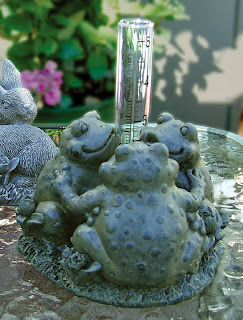 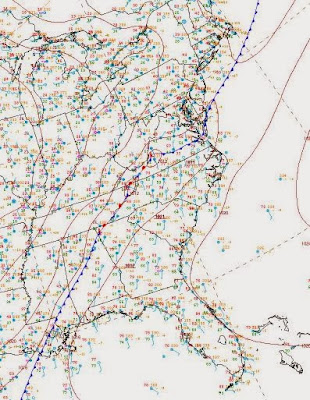 Wave of low pressure moved across the area today with along a frontal boundary stretching back the Gulf Coast near New Orleans. Most of the upper dynamics at this point are north of the D.C. area so it is just drizzling now.


This front is actually the boundary of well above normal and much below air temperatures (as in 0F or lower in parts of the northern Rockies and northern Great Plains). 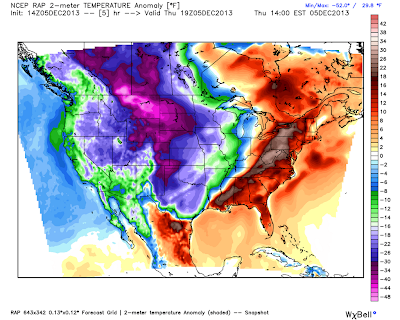 
Yesterday's mid-to-upper 60s F weather (high of 69F at KDCA and 69F at KIAD, 66F at KBWI, and 63F at KDMH) is a memory now as the pattern changes. There has been a huge Arctic air invasion across large swaths of the United States with exceptionally cold temperatures in parts of the Rocky Mountains and Great Plains. 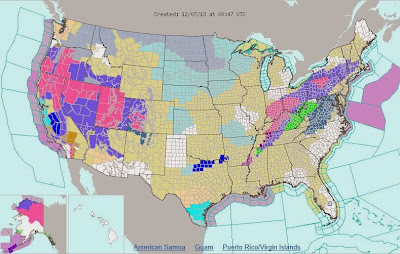 
Note: In much of the U.S., the weather advisories are issued on a county-level but in the Rockies and west to the Pacific Coast, it is based on geographic divisions that are related, in turn, to physical features such as physical topography, land composition, or drainage basins that create climatic and/or hydrological zones. 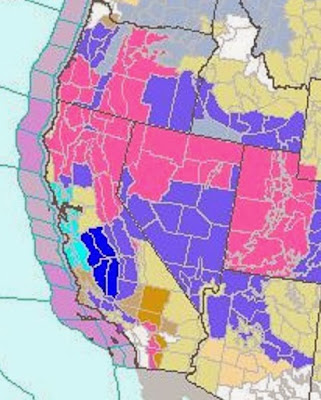 Above is a close up of the Western United States from the image directly above. Note the unusually large area including virtually all of Nevada and Utah and half of California are under winter storm warnings (pink/lavender) or winter weather advisories (light purple).
There are even winter storm warnings and winter weather advisories for portions of Southern California for elevations above 3,000 to 4,000 feet in the San Gabriel Mountains and other ranges.
*******

As the front crossed Texas yesterday, there was nearly 70F temp spread at one point. 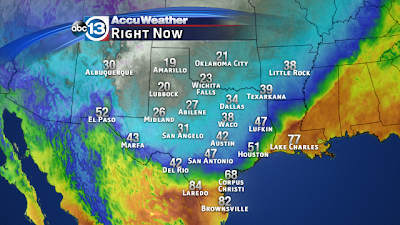 A map of individual reporting station temperatures (in Fahrenheit) across Texas at 3PM CST Dec. 5, 2013 (yesterday) as taken from some crappy local TV station's weather segment. 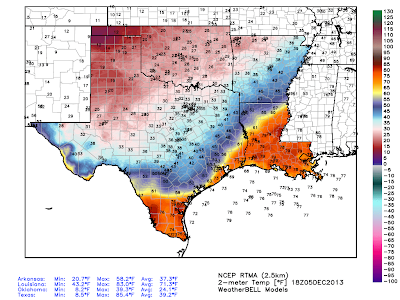 This close up of the above image centered on southern and central Texas reveals that at noon, it was 80F in Corpus Christie half that in San Antonio (about 40F). The two cities are about 100 miles apart.

For the mid-Atlantic into the central Appalachians, there is a significant snow to sleet and freezing rain event forecasted for this Sunday in the mid-Atlantic region even here in the metro D.C. and Baltimore areas. Already there is already a winter storm watch in effect area-wide.
In brief, another low is forecasted to develop late Saturday into Sunday along the Arctic boundary as it sags southeastward with an Arctic high to the northeast ridging down the East Coast.
This will set up a classic overrunning situation with precip. forecasted to start as snow and then transition slowly to sleet and freezing rain and finally all rain, at least east of the Blue Ridge and Potomac Highlands as the high shifts to the east and an easterly flow sets up, bringing in warmer ocean air over the coastal plain. 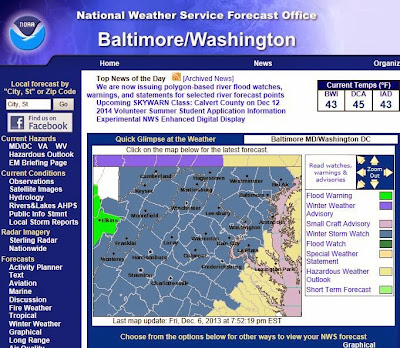 As taken from one of the Capital Weather Gang's entries today (see below), this is a probabilistic forecast map for snowfall across the region on Sunday, Dec. 8, 2013.

Note the map is divided into zones. This is the CWG's attempt to give a more "realistic" picture of the "odds" of certain kinds of weather. Of course, anything that has probabilities instead of written-in-stone numbers for the public is inherently confusing and problematic.

If this event comes to pass -- apparently (I didn't look at it, nor do I feel like doing so) the 18Z GFS is trending the other way to a "warmer, drier" scenario, whatever that means for an overrunning event, although the 341PM Sterling discussion certainly played up the chances of a potentially significant winter weather event including an ice storm in the far northern and western parts of the area -- I'll have more to say about it.

Here is the same map as above except showing the probability of ice accumulations in the three zones for this weather event.

One last item: To return to my original topic, or rather a tangentially related aspect to it, I do direct the reader to this great Jonathan Chait piece Why Conservatives Got Segregation Wrong a Second Time in South Africa. It follows up on a piece he wrote yesterday about conservatives and race in America.