Dear Quill: A True Mirror of Friendship, 12 Years Ago and Still Today; A Few Pictures of the "Holy" Unusual Snowstorm on God's Sacred Sand

My dear friend Quill wrote this to me exactly 12 years ago today: 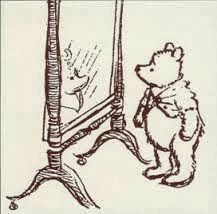 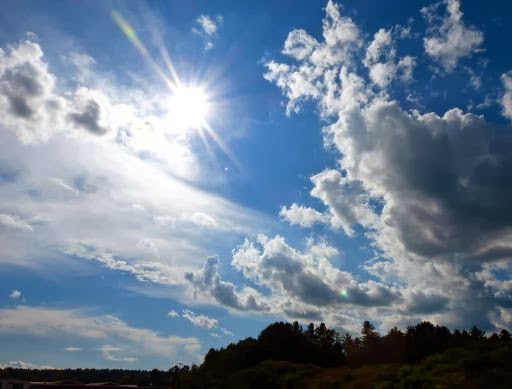 And I am richer because of you, Quill.


Quill (that's one of her pen names) is still a dear friend of mine. As for this piece, it was totally by coincidence that I came across it in one of my notebooks where I keep personal letters, cards, and other such written items of value. I was putting in it the only two birthday cards I received last month -- one from my mom and one from, yes, Quill.
Furthermore, as I wasn't sure what to post tonight, I thought to post this piece. It was only when I got to the bottom date that I realized it was 12 years ago today that Quill wrote this for me. That was totally and completely by happy happenstance. Or maybe something else was at work here.
Now it is true that I posted this once before -- but it doesn't look like it was on this blog (I couldn't find it with a search). It must have been on my old Arcturus blog (now long gone). 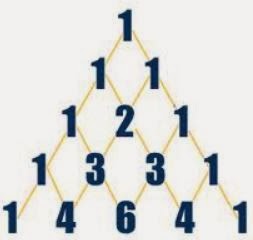 
OK, I'm not really going to write much more tonight.
I intend to post a jukebox Saturday night entry in the afternoon (after I go to the gym but before I go to a party at Jake and Matt's in Ballston / Arlington tomorrow night). I may post an entry on Sunday, although possibly not until Monday night. 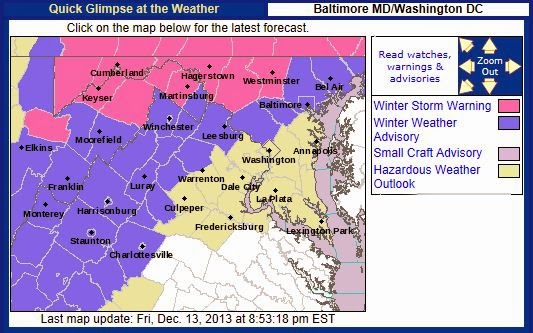 More weather advisories for area-wide weather non-event nonsense.
I am totally not going to write about the impending weather event -- I'm kind of tired of these things. Just read the Capital Weather Gang entry here. (My comment is listed under Arcturus24, although I meant to type "gifs" rather than "gifts," and -- as I'm sure Jason full well knew -- I was being sarcastic.) 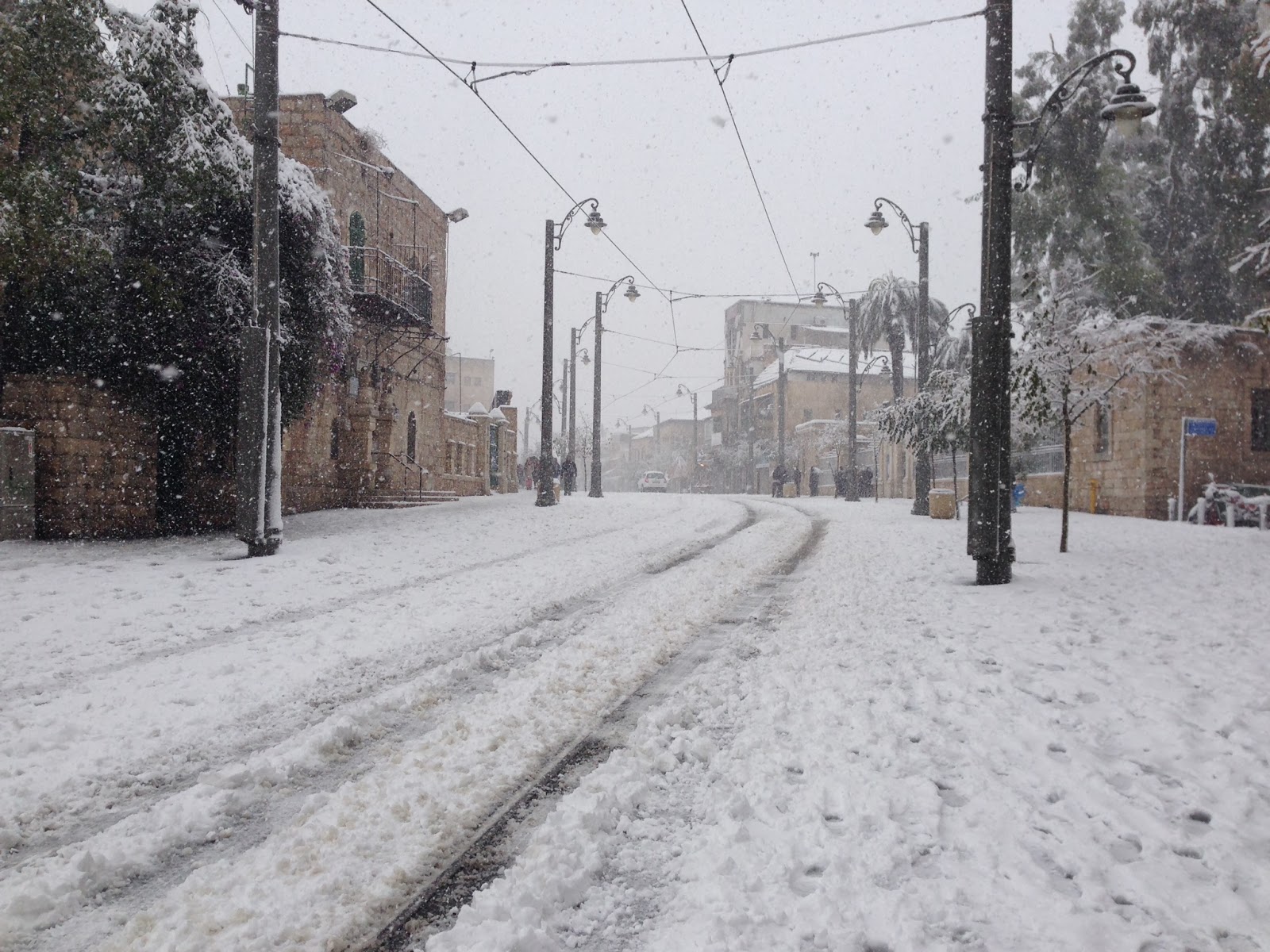 Heavy snowfall blankets a street in Jerusalem on December 12, 2013, part of an unusual snowstorm that buried many parts of Israel and affected parts of Egypt, Syria, and Lebanon (see below for discussion).
*******


However, I would like to note the entry "Biblical snowstorm: Rare flakes in Cairo, Jerusalem paralyzed by over a foot". It discusses the very rare snowstorm this week that buried Jerusalem and other parts of Israel in 12+ inches of snow -- likely a December record snow for the city at least for the past 100 years -- and even dropped a dusting of snow on Cairo, Egypt. It is unclear when it last snowed there. The entry includes pictures, one of which is posted directly above and two of which are posted directly below in this entry. 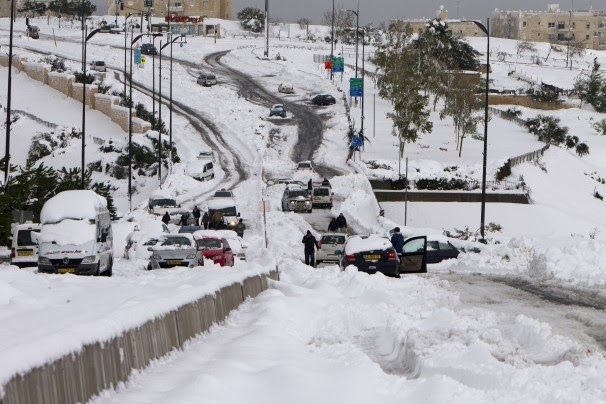 Vehicles stranded on a snow-clogged thoroughfare in Jerusalem on December 13, 2013 the day after a rare, heavy snowstorm in Israel.
*******


I suppose everybody in the Middle East will find some way to make the snowstorm about them and why it proves this or that historical grievance that must be avenged. As Bartcop has said, "That sacred sand ..." 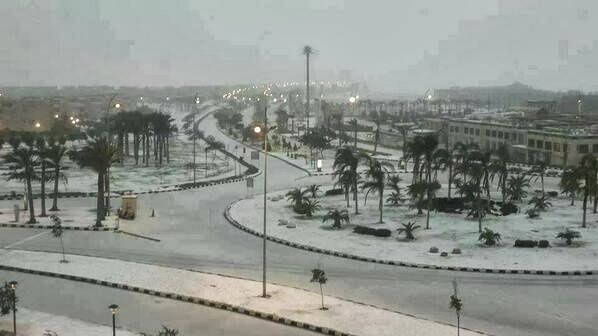 A very unusual dusting of snow coats the streets in and around Cairo, Egypt on December 12th or 13th, 2013 (I'm unsure of the day -- I have the image marked as the 13th only because of the Tweet image from which it came). Snow in Cairo is almost unheard of. Weather records aren't very good in the Middle East, so it's not clear when it last snowed in Cairo. For the record, the city gets on average approximately 1 inch of precipitation (rainfall) a year. It is a true hyper-arid climate.
*******


As for a "solution" of the Palestinian - Israeli crisis, I think the U.S. should give the Israelis South Florida (from the latitude of Vero Beach southward) and the Palestinians can have Arizona, or at least the Greater Phoenix area. Think of Jan Brewer's reaction. (Bartcop proposed Oklahoma for the Palestinians.) They can both be U.S. Commonwealths. I think everyone would be happier. I know I would.
OK, that really is all for now. 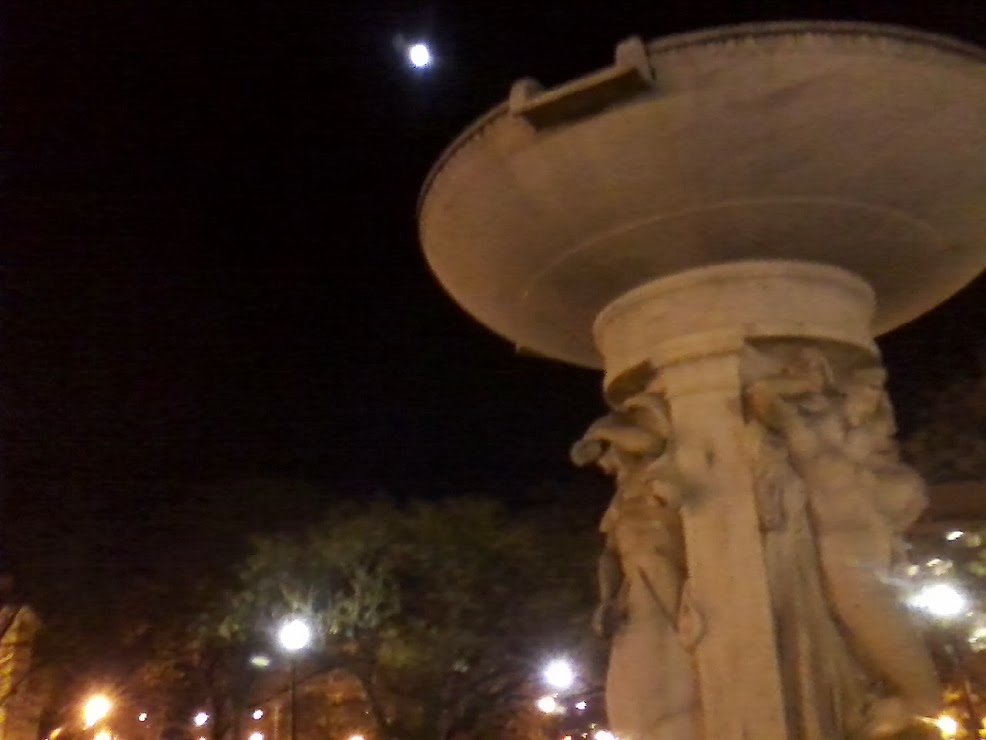 Another one of my crappy cellphone camera pictures -- this one of the waxing gibbous Moon in the sky as seen by the central fountain at Dupont Circle, Washington, D.C., 6:03PM December 13, 2013.
*******


As for tonight, I guess I'll do my usual thing -- Larry's Lounge, No. 9, and/or Nellie's, although truth to tell I'm exhausted. Gary and Kristof are away and Chris is not working at his usual Friday night place.
OK, that's all for now.

That is strange, finding it on the exact day. A bit of synchronicity!

Thank you for thinking of me.