Late Night Topical Odds and Ends -OR- Imagining Future, Other, and Better Worlds 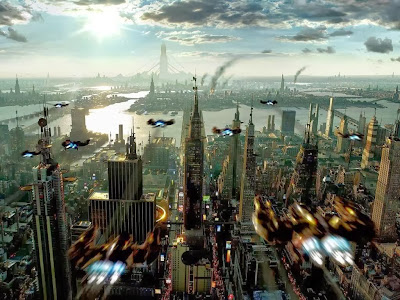 New Chicagoland, The Republic of Midwestern America, AD 2387
Actually, this is just an artist's conception of a "future city" of unspecified date. I didn't really have any other lead image in mind for this entry.
*******


Well, my concerns notwithstanding that I discussed in my previous entry, my work day this Monday was a quiet and uneventful one. I even managed to make significant progress on one of the last two remaining compliance case recommendation report. Of course, I am concerned because this marks the end of a 2-1/2 year stretch of work that has kept me fully billable, and at this point, I'm not sure what will replace it.
I'm home at this late hour doing two loads of laundry. My flippin' laundry card appears to be dying, and I had to buy a second one rather than lose $10 in the machine. The cards cost $7 each, so I have a $3 credit on it. The old card has enough money for one more laundry load, and then it is pretty much useless. 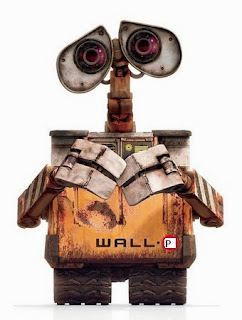 "Eh. Eh. Ehehehe. Those who would utilize the services of a card necessarily consent to the acknowledgement of the fiduciary value inherent in the transaction --"

Ohhhh, shut-up, Wall-P, you little thimbleful of corporate stoogery. Why do you keep showing up on this blog?


I'm exhausted after a full gym workout. I again went to the Anthony Bowen YMCA. Although the National Capital YMCA has reopened, the pool is not scheduled to reopen until Saturday. I had an almost one hour, full 5.49 mile jog (including 5 minute cool down). I also did some weightlifting and went into the swimming pool for about 25 minutes.
I'm pissed off because Hallmark is now in its flippin' Christmas mode -- and thus it's wall-to-wall stupid Christmas movies until early January and no reruns of The Golden Girls. 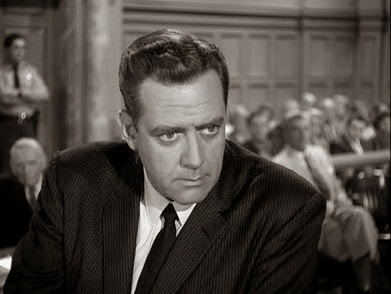 Right now, I'm watching an old episode of Perry Mason on Me TV. It's "The Case of the Irresolute Reformer." I find Perry Mason kind of a jackass in his full-bore self-righteousness and never making a flippin' mistake or being wrong on anything. And the way the witnesses always breakdown and admit their crimes ("YES! I DID IT!"). Over and over.
I continue to have low-grade dental issues in the wake of the work done last week, specifically, at least one of the three fillings doesn't feel quite right and I get throbbing pain that lasts a few minutes when I drink hot fluids such as hot tea, and to a lesser extent when I drink cold fluids. My dental issues are endless.
It's surprisingly cold tonight with temps already around 35F in the suburbs and about 42F in this part of D.C. I'm sure stupid KDCA is at 65F or something like that (actually, it's 43F at the 11PM hour). This followed a rather chilly day with highs only around 49F. 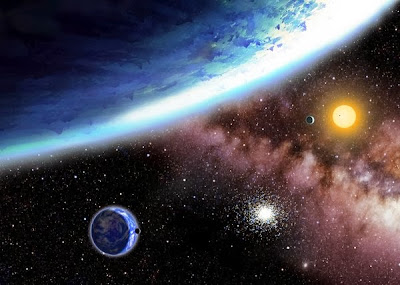 Artist's conception of the Kepler 62 system. This picture accompanied The New York Times article linked below. The other pictures are taken from elsewhere.
I'm not sure why I'm in such a grouchy mood right now. I actually wanted to compose an entry centered on an amazing story that appeared in The New York Times. It is entitled "Far-Off Planets Like the Earth Dot the Galaxy." I'll just quote an excerpt of it:
Astronomers reported that there could be as many as 40 billion habitable Earth-size planets in the galaxy, based on a new analysis of data from NASA’s Kepler spacecraft. 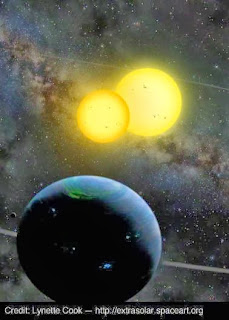 One out of every five sunlike stars in the galaxy has a planet the size of Earth circling it in the Goldilocks zone -- not too hot, not too cold -- where surface temperatures should be compatible with liquid water, according to a herculean three-year calculation based on data from the Kepler spacecraft by Erik Petigura, a graduate student at the University of California, Berkeley.


Mr. Petigura’s analysis represents a major step toward the main goal of the Kepler mission, which was to measure what fraction of sunlike stars in the galaxy have Earth-size planets. Sometimes called eta-Earth, it is an important factor in the so-called Drake equation used to estimate the number of intelligent civilizations in the universe. Mr. Petigura’s paper, published Monday in the journal Proceedings of the National Academy of Science, puts another smiley face on a cosmos that has gotten increasingly friendly and fecund-looking over the last 20 years.
"It seems that the universe produces plentiful real estate for life that somehow resembles life on Earth," Mr. Petigura said. 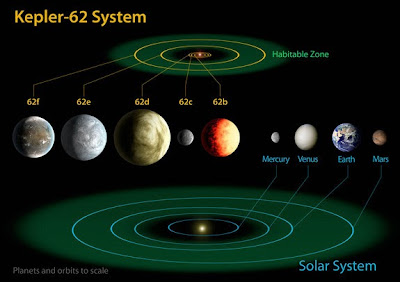 Diagram of the Kepler 62 planetary system and its comparison to the rocky terrestrial planets of the our (Terran) Solar System.
*******


Here is an interesting piece about how Sen. Rand Paul can't stop plagiarizing things. Hard to believe he could be that dumb. 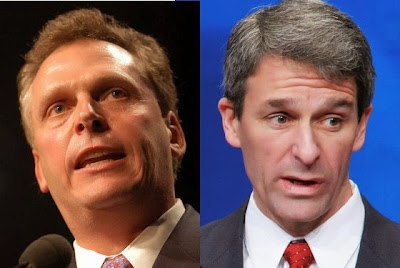 There is a gubernatorial election in Virginia tomorrow (or rather, later today) that pits a the penultimate in a corporate sellout hack and, yes, carpet-bagging Democrat, Terry McAuliffe, against a fundamentalist GOP whack-job, the current State Attorney General Ken Cuccinelli, whose goal is to have a probe inside every women's [BLEEP]. McAuliffe is expected to win if only because of how ghastly is Cuccinelli. McAuliffe was most famously described by Jonathan Chait in this way: "McAuliffe is the Democrat Democrats have been dying to vote against, except they can't, because he's running against a falling-off-the-right-edge-of-the-map Republican." 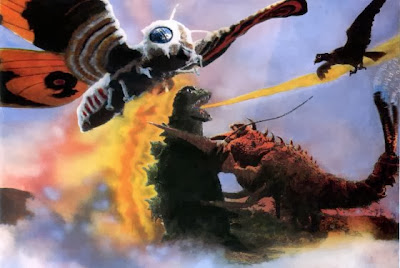 I suggest reading that piece because Chait shows other even more horrible choices ... Starting with Hitler vs. Stalin and ending with Godzilla vs. Mothra. Ha ha.
You can imagine how toxic the commercial broadcast airwaves have been with post-Citizens United dark money, and the sh!t flying every which way. It's amazing how America's most cherished ideals actually are steadily transmogrifying into things that are destroying the social fabric of the nation. And the country is incapable of seeing the problems and undertaking reforms. 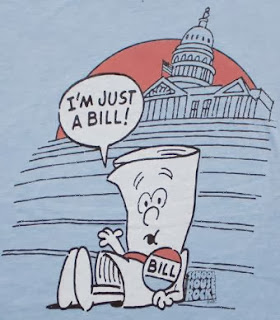 Oh, yes, the Senate actually passed, or rather, enough GOP Senators joined the Democrats to allow procedural advancement of a bill (S. 815, the Employment Non-discrimination Act of 2013) to outlaw workplace discrimination based on sexual orientation and gender identity.


The procedural vote was 61 to 30 as seven Republicans crossed party lines and voted to begin debate on the bill. The bill may very well now pass the Senate (since in theory it would just need a simple majority). Recall the neo-Confederate GOP has a sort of permanent filibuster on everything in place now.
However, its fate in the crazy House of Representatives is far less certain. 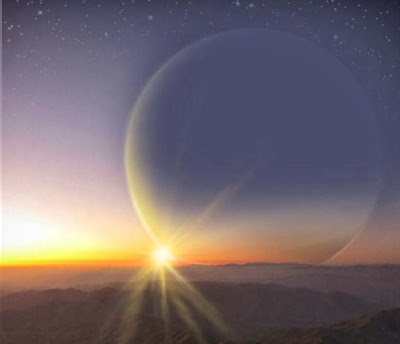 Artist's impression of the moon of the gas giant Planet PH2b (a.k.a., Kepler-86b). The star is PH2 (or Kepler-86). A moon that close to a gas giant would likely be highly inhospitable to life as we know it owing to massive electromagnetic and gravitational tidal forces on it.
*******


OK, that's all for now. My next update may not be until Wednesday night, as I'm not planning on taking the computer home tomorrow.
--Regulus
Posted by Regulus at 1:39 AM