"Stompin' at the Savoy" as performed by Benny Goodman and his orchestra (date uncertain but probably circa 1935 to 1938).
The piece was actually written by Edgar Sampson in 1934 for Chick Webb and his orchestra, although Goodman is more famous for it.
*******

Interlude: Weather and other stuff ... 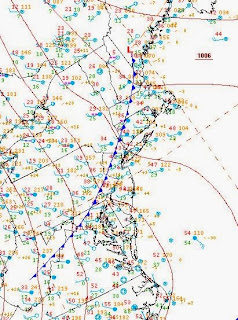 First off, there have been snow flurries -- indeed, it is snow flurrying presently as I write this -- even here in D.C. tonight, which makes it the "first snow" (even if not measurable) of this season in D.C. Air temps are still above freezing -- in the 37F to 41F range.

However, as the NWS high-res surface map (on the left) for parts of the Eastern Seaboard (valid at 0Z 11/24 or 7PM EST 11/23 shows) shows, an early season Arctic front is pushing across the region tonight with much colder temperatures behind it.


Indeed, tomorrow is forecasted to have temperatures for highs not much above freezing (35F at KDCA and 33F at KIAD and KBWI) and lows in the 20F to 25F range. 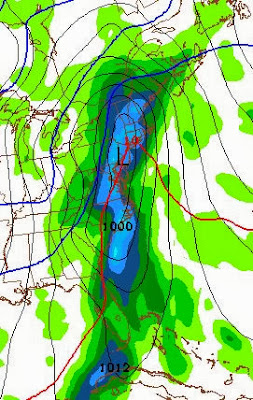 A nor'easter is forecasted for later in the week, or rather, there are highly divergent solutions for a coastal storm with the European (ECMWF) and NAM show a significant rain event here with a low moving right along the mid-Atlantic while the GFS has the low offshore.

As always, I put my faith in a track on the European model than the GFS. 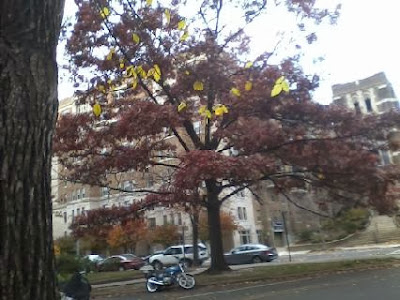 The late fall day view of V Street NW -- and the Augustana Lutheran Church and the ornate Camden - Roosevelt building that fronts onto 16th Street, both concealed partially by an oak tree -- from the 2000 block of New Hampshire Ave. outside my apartment building -- Washington, D.C., 3:49PM Nov. 23, 2013.
*******


I had a good gym work out at the Anthony Bowen YMCA earlier this evening, but the pool was really cloudy -- almost like a weird whitish fog. The lifeguard said that a filter was turned on that hadn't been turned on for a while and they expect the pool's visibility (which was across-the-pool's 75 feet a couple weeks ago) to improve substantially. Of note, the National Capital YMCA pool remains incredibly clear (at least it was on Thursday) following the maintenance done on it at the start of November. 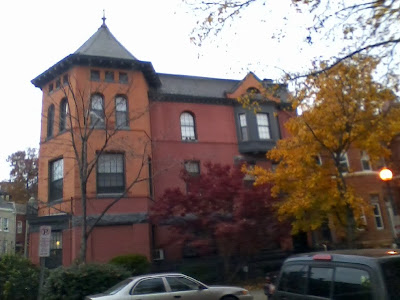 This is the corner house at W Street and Florida Avenue NW next to 15th Street, Washington, D.C., 3:51PM Nov. 23, 2013. This is at the end of the 1400 block -- yes, during the day I don't mind walking down the 1400 block of W Street NW, this entry notwithstanding. Also, I incorrectly labeled this in an earlier entry this month as being at the corner of New Hampshire Ave. and W Street. New Hampshire Ave. actually technically ends on the other side of 15th Street.
*******


Tonight, I'm planning on meeting Gary at No. 9 and then maybe going to Nellie's. I'll have to be bundled up. I also plan on going to the gym on Monday (not tomorrow), whereupon I have a four to five day hiatus as the Thanksgiving holiday weekend approaches. It will be a shortened work week. 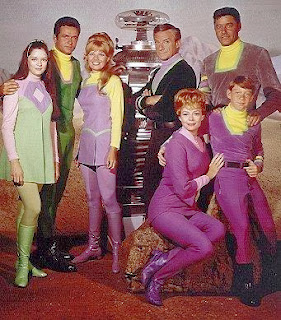 One last item: It's Saturday night, so I'm watching as I write this the Me TV Sci Fi Saturday Night line up, and I wanted to note that the Lost in Space episode "Wild Adventure" is really weird. Of course, Lost in Space was a surprisingly dark and violent show for its mid-1960s time.


But the reason I mention it is that some of the phrases used in that episode are almost gibberish such as (and I'm paraphrasing): "We should be seeing Earth by now since we saw Uranus and Arcturus" and "If we miss Earth, we'll be on course that will shoot us straight out of the Galaxy!"

Huh??
Who was the science and technical advisor to that show?? 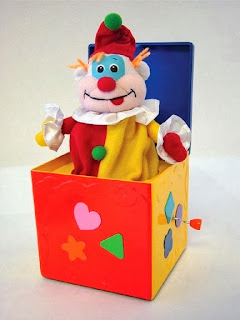 Maybe I better not say anything or Bill Mumy will turn me into a jack-in-the-box.
*******


And now let's just end with something not necessarily Saturday night upbeat but nice anyway ...
"Gypsy" by Fleetwood Mac from the group's Mirage album (1982) (although the song was actually written by Stevie Nicks a few years earlier).
*******