I'm not feeling well at all this morning, and I'm highly apprehensive about whether I'm going to get in any trouble at work for my computer issues as I mentioned in this entry. 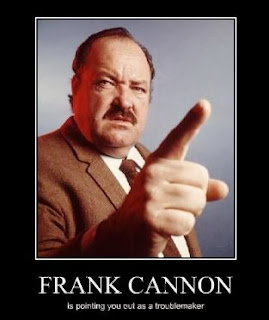 It amazes me as well how many of these computer issues I have, and the extent to which I invite trouble on myself. In this case, I've probably invited all kinds of scrutiny. I really am an idiot.

Yesterday was a waste of a day but for two things.


First, I watched a really good episode of Cannon starring the late William Conrad that featured vintage early 1970s car chase scenes on the cement bottom of the Los Angeles River and guest starred the late Sheree North.
Secondly, I had a wonderful dinner with Wendy at Banana Leaves Thai restaurant last night in the upstairs dining area where there are no televisions and just light music playing. This is the fourth place in addition to Trio, the Saloon, and 1905 here in D.C. where there are no televisions. Those are rare treasures nowadays. 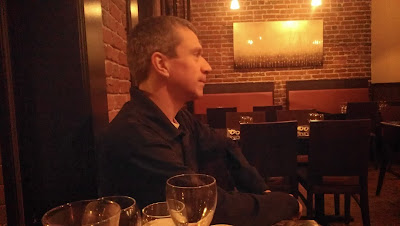 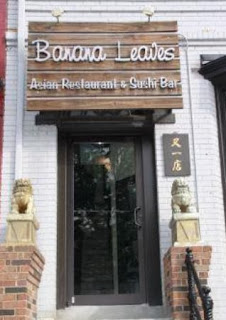 Banana Leaves -- whose entrance is pictured at left in a picture I found online is in a strange location at the intersection of Florida and Connective Avenues. It is thus situated the base of the "fall line" hill that runs across D.C. (and is the boundary of the original "City of Washington" that was a subset of what became the District of Columbia).


The place is located about 1/2 mile north of Dupont Circle proper, and next to Fab Lounge and Royal Palace. The former is ostensibly a gay bar but mostly attracts a black lesbian crowd and the latter is a truly skanky and even a bit scary strip club that exists in that place simply because it has been there for many decades and is sort of grandfathered in. The female dancers will insult you if you don't give them money -- and they freely come up to you and demand cash.
As for my Sunday and the good things it in, I would also count the subsequent visit to Larry's Lounge, where I had a raucous good time -- except it once again involved being quite drunk. I think I have a real problem with drinking and it is hurting my health. I intend to take the week off from drinking and just go to the gym.
One issue is that my heart keeps pounding and pulse races when I'm trying to sleep. That cannot be good. I also just don't feel well this morning, and this little, dusty apartment is something of a death trap. Also, the old radiator has hissed to overheated life in the corner because it is chilly outside (around 38F) and my new window air conditioner does not function to cool the room when it is chilly outside no matter the indoor temperature. Frigidaire has agreed to supply me with a new air conditioner except I'm not sure another one of their air conditioners would behave any differently. 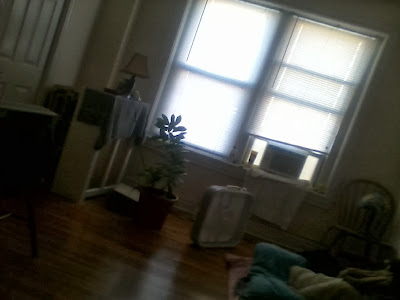 
OK, that's all for now. I do not feel well and I'm very apprehensive.
Sigh.

Rose: "Boy, do I feel stupid! I haven't felt this dumb since I found out William Conrad wasn't one guy in a jacket and another guy in a pair of pants!"
Posted by Regulus at 8:58 AM