The Colors of Fall Trees and Taxis in D.C., Some Good Reads, and a Ubiquitous Voice Lead -OR- It's Magic Halloween 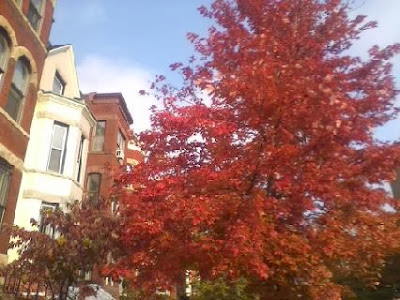 
This is just a quick update before I head home tonight. I've decided not to take the computer home tonight as I may not get home until about 11PM (I'm going to stop at No. 9 and / or Larry's Lounge first, not to mention get some dinner). Also, I have a dental appointment in the morning, and the computer / blogging would just be a distraction to late hours.
My dental appt. is tomorrow at 1020AM (yes, on Halloween -- just like the extraction was on Sept. 11th) and is for a few minor fillings ... But given all the dental issues I've had in the past six months and, well, the past 14 years, nothing is dental is minor for me. 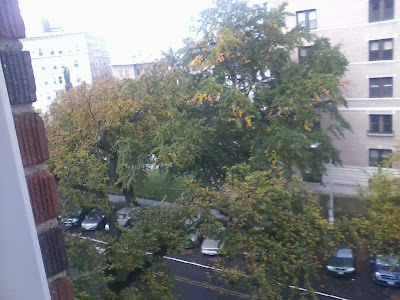 The view from my Hampton Courts apartment this morning looking onto the 2000 block of New Hampshire Avenue, the adjacent building The Brittany, and the oak tree and the elm tree (actually, there are two elms) that are starting to show fall colors, Washington, D.C., 10:07AM Oct. 30, 2013. We had some light rain (about 0.06" worth at KDCA) this morning.
*******


As mentioned in my previous entry, I cannot go to StatCounter, and I'm sort in a StatCounter withdrawal. Or rather, I cannot go to it with my work computer even from home. I will have to find other ways to check it -- and that will occur necessarily much less frequently.
Secondly, as I also mentioned, my gym is closed until Monday for its belated and this-year-greatly-truncated annual shutdown, though the pool is closed until Nov. 9th. I may try to go to the Anthony Bowen YMCA tomorrow night or at least the JCC on Saturday (Gary has passes for me). 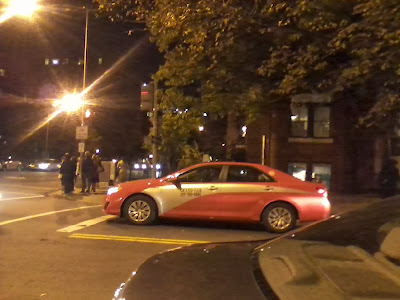 One of the taxis in D.C. with the obligatory new red and gray colors scheme, P and 15th Streets NW, Washington, D.C., 8:12PM Oct. 29, 2013.
Apparently, all taxi cabs in the District are to have this color scheme at some point -- and thus they will match the new Metrobus fleet and Circulator fleet colors. I find it hard to believe every taxi cab will switch to this color, at least right away. (These new ones are all hybrid fuel as well.)
I was walking to No. 9, where the place was completely empty -- until about 10 minutes after the 17th Street high heel race event that I avoided and then within a 10 minutes, it was line-out-the-door mobbed. That is, No. 9 was empty at 9:01PM and mobbed with a line waiting to get in by 920PM. Quite remarkable.
*******


Every iteration of an alternative conservative health-care proposal would impose far more disruption on the status quo than would Obamacare. Most conservative plans involve drastically curtailing the tax deduction for employer-based insurance. That would create cancellation notices for many times the number of people currently seeing them. Even the more modest plans to scale back Obama's regulation of the individual market would run the GOP into a political minefield. Which regulations do they want to strip away? Discrimination against people with preexisting conditions? Discrimination against potentially pregnant women? Mental-health parity? Every single one of those changes creates millions of angry potential victims. 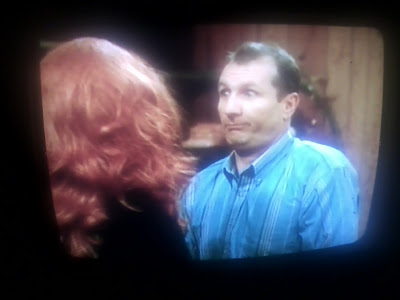 
As for the website roll out "debacle" -- not to mention "not knowing" about the NSA spying on everyone and everything that moves, including heads of state of our close allies such as Germany -- there is the undeniable issue of the extent to which Obama is just too disengaged from things he needs to be closely involved in. He can't help himself with the professorial and distant air, wanting only to be praised than deal in the rough-and-tumble of politics. 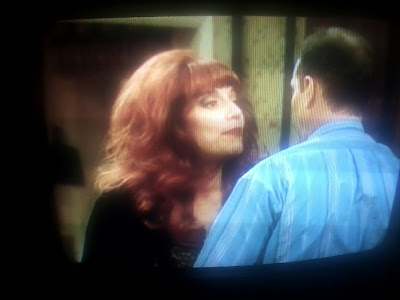 Also, I would like to link -- although it is not related to economics -- to this terrific Paul Krugman blog entry from yesterday "Poetry and Blogging" in which he gives an enthusiastic recommendation for a book he is reading, Tom Standage's Writing on the Wall: Social Media -- The First 2,000 Years.
Two paragraphs worth quoting:


Standage's argument is that the essential aspects of social media -- exchange of information that runs horizontally, among people who are affiliated in some way, rather than top-down from centralized sources -- have been pervasive through history, with the industrial age’s news media only a temporary episode of disruption. 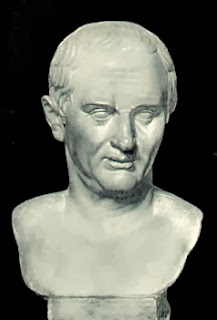 As he shows, Cicero didn’t get his news from Rome Today or Rupertus Murdochus — he got it through constant exchanges of letters with people he knew, letters that were often both passed on to multiple readers and copied, much like tweets being retweeted.

Even more interesting is his discussion of the Tudor court, where a lot of the communication among insiders took place through the exchange of … poetry, which allowed people both to discuss sensitive topics elliptically and to demonstrate their cleverness. You could even build a career through poetry, not by selling it, but by using your poems to build a reputation, which could translate into royal favor and high office -- sort of the way some people use their blogs to build influence that eventually leads to paying gigs of one kind or another.


Oh, and here is a very good economic-themed one from today: "Rentiers, Entitlement, and Monetary Policy".
*******

Pearls Before Swine, Oct. 29, 2013. Click on images for larger versions.
This is part of Stephan Pastis's whole penguin series. The penguins are about to be adopted -- that is, eaten -- by the dumb fraternity boy crocs.
*******

The Voice Heard the World Over


I also wanted to note this article that I found about the ubiquitous voice (as in airports worldwide including at Reagan National Airport and the New York City subway system) of the airport / transit system PA systems. Her name is Carolyn Hopkins and here is a picture of her. (No, this isn't Amtrak's "Julie" virtual assistant voice.) You know Ms. Hopkins's voice the second you hear it. The story linked above about how a Kentucky company called IED (Innovative Electronic Designs) got into the PA announcement control systems business is very interesting. 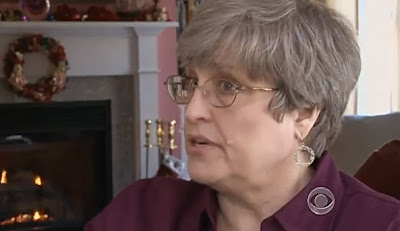 Here is a picture of Carolyn Hopkins in a screenshot from a Nov. 2011 CBS News segment about her that you may watch on YouTube here.
*******


OK, that's all for now. This ended up a longer entry than I anticipated.  I may update this blog late Thursday night, but more likely, not until Friday evening. 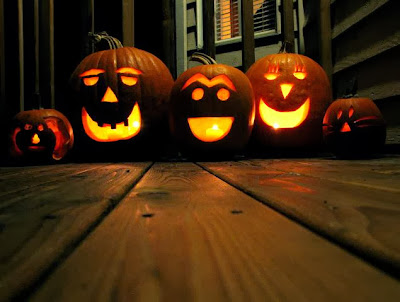 Happy Halloween!
(I wish I could play for you what I think is the best song my dad -- yes, my dad -- ever wrote: Magic Halloween.) No, I won't be dressing up. I can't wear most costumes with any degree of sincerity, so I never try.
--Regulus
Posted by Regulus at 8:09 PM