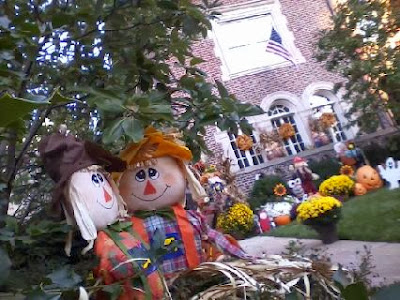 The Halloween decorations in the rectory yard of the Church of the Holy City in the 1600 block of 16th Street NW, Washington, D.C., 5:05PM Oct. 27, 2013. This yard always is filled with decorations for various holidays. Oh, and those two Raggedy Andy dolls are supposed to be gay (and were festooned with HRC flag stickers).
******* 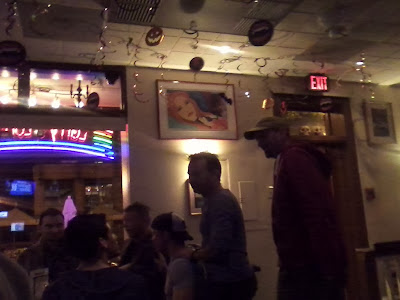 A number of the pictures in this entry (such as the one above) were taken last night at Larry's Lounge where it was one of those really festive, drunken late nights. (Earlier, I had had dinner with Wendy next door at "Mum Mum.") Larry's Lounge is such an unusual place -- the corner pub that is also a sort of speakeasy (and opium den). It's all mixed -- gay, straight, male, female -- although later at nights it tends to gay up. And then people stop by with their dogs (the place is very dog friendly), including couldn't-you-just-eat-them-up adorable puppies (like this one named "Owen," a 7-week old sleepy beagle).

Well, at this point, it looks like StatCounter and I have to part company after about 6 or 7 years through all my blogs. Either the site is hopelessly infected (a possibility given the nature of its commercial tracking of who goes to what website) or my anti-viral software just freaks out at this website (along with some other web traffic ones). My anti-viral software would not even let me view StatCounter tonight. It has been like this for about five days but got really bad tonight.

As it is, Blogger has a bevy of statistics available for free on its site -- all kinds of stuff such as browsers, key words, entries viewed, etc. The only thing it does not have are specific IP addresses of those who visit the blog.

Well, anyway, I guess that's it for me and StatCounter.

I just can't trust the site, especially on my work laptop. I'm probably just going to remove the StatCounter widget from the template.


This is going to be hard as I've been addicted to StatCounter for years, at times checking it dozens of times a day and going into withdrawal when I couldn't check it.
Updated 1012AM 10/29/2013: There is a chance that I might be able to use old StatCounter -- that's the earlier version of the site before it's last big upgrade about two years ago. It worked twice without incident this morning. The site has less commercial clutter / ad banners on it, so it may have less issues.
Updated 2 at 600PM 10/29/2013: OK, the IT "suggestion" was that I do not go to the offending site again with this work computer, so that rules out StatCounter, old or new, for the time being, full stop. 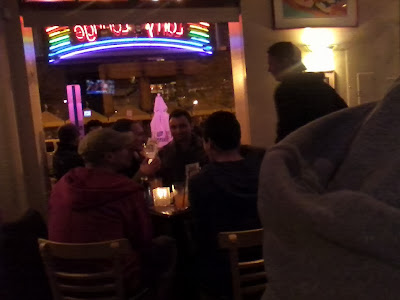 Another Larry's Lounge photo from Sunday night (or rather, shortly after midnight Monday morning).
*******


Also, my air conditioner is not working. It just blows regular air rather than chilled air. It is a problem because in my small apartment I have an old radiator that hisses to life on occasion and over which I have no control. I called up Frigidaire and the lady I spoke to said that I could get a replacement for free, but I have to bring it to a service location to be decided. 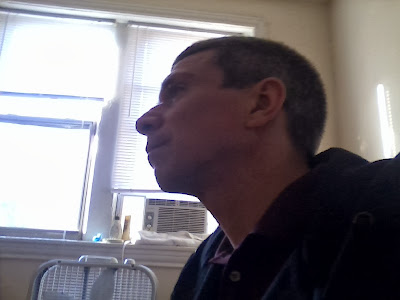 
This also means I need to have the building maintenance fellow remove the current one and put in the replacement one. There is a $20 charge for that although last time, I just gave him $20 and it never showed up on my rent. As it is, my old LG air conditioner is still sitting on the floor next to my refrigerator by the door.
So basically, nothing is working. 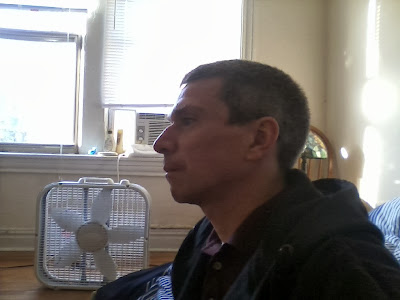 Another view of yours truly in my apartment on Sunday.
*******


I went to the gym tonight and had a good workout all around. However, the gym is undergoing its long-delayed annual shutdown starting on Wednesday. It only runs for four days and reopens on Monday, Nov. 4th. Typically, the shutdowns are for two weeks and occur in late August. The pool, though, will be closed for nearly an extra week until Nov. 9th owing to the need to re-tile and re-grout the bottom. Anyway, I'm pretty much taking off the week from the gym, though Gary has a free pass for me to the JCC that I'll use on Saturday. I may try to go to the Anthony Bowen YMCA at some point. 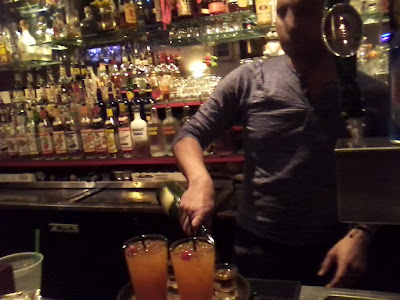 
As for tomorrow, I'm meeting a former co-worker, Jeremy, for drinks either at No. 9 or (if DD comes along) Whiskey House on 19th Street. 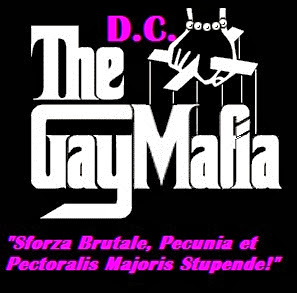 I'll be carefully avoiding the stupid annual high heel race. I hate that event more than any other gay event on 17th Street run by the D.C. Gay Mafia and its Axis of Gayvil that spans the Observable D.C. Gay Universe bookended by JR's and Cobalt.


Furthermore, this event brings out hoards of the young straights all excited to be on a boozy gay safari. 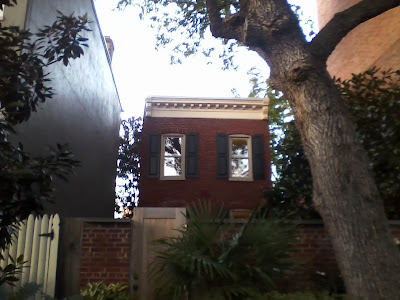 
OK, that's all for now. My blog entries this week may be a bit light. In the absence of the gym, I plan to bike to and from work, and also not take the computer home in my backpack.
Oh, yes, I do want to call attention to this Michael Lind piece in Salon in which he writes that the SUCCESS of Obamacare -- a means-tested program involving complicated sets of subsidies in order to maintain the health insurance industry that achieves a goal similar to a single-payer system -- could mean the eventual end of Medicare and Social Security. The reason as explained in this extended excerpt is as follows:
If Obamacare -- built on means-testing, privatizing and decentralization to the states -- is treated by progressives as the greatest liberal public policy success in the last half-century, then how will progressives be able to argue against proposals by conservative Republicans and center-right neoliberal Democrats to means-test, privatize and decentralize Social Security and Medicare in the years ahead? 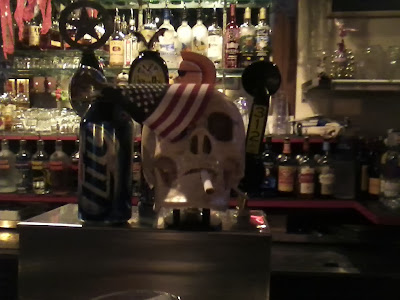 A decorative Halloween skull atop the beer taps that occasionally lights up wit colorful LEDs on the bar at Larry's Lounge, Washington, D.C., 9:49PM Oct. 27, 2013. I decorated it with an available little American flag and a cigarette from this fellow Ryan. I asked for a teabag, too, but nobody had one.
*******


I predict that it is only a matter of time before conservatives and Wall Street-backed "New Democrats" begin to argue that, with Obamacare in place, it makes no sense to have two separate healthcare systems for the middle class -- Obamacare for working-age Americans, Medicare for retired Americans. They will suggest, in a great bipartisan chorus: Let's get rid of Medicare, in favor of Lifelong Obamacare! Let’s require the elderly to keep purchasing private insurance until they die! 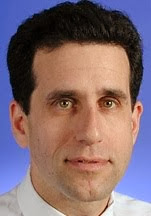 I'm sure a number of token "centrist" Democrats will be found, in due time, to support the replacement of Medicare by Lifelong Obamacare. And with neoliberal Democratic supporters of the proposal as cover, the overclass centrists of the corporate media will begin pushing for Lifelong Obamacare as the sober, responsible, "adult" policy in one unsigned editorial after another.


He's talking about Uncle Fred Hiatt, of course (pictured above), Mr. "Serious and Sober" himself fixated on whatever are the interests, fads, or whims of The Washington Consensus Overclass.
Continuing:


At some point in the future, the right will introduce a plan to replace Social Security with a system of individual mandates and fines to compel working-age Americans to invest in for-profit Wall Street mutual funds during one's working years, and to compel them to buy annuities from for-profit money managers at retirement (which with the help of centrist Democrats will be postponed to 70 or beyond). The genuine progressives will respond with a defense of Social Security. Whereupon the faux-progressives, the neoliberal heirs of Carter, Clinton and Obama, will reject the option of preserving Social Security -- why, that's crazy left-wing radical talk! -- but insist that the subsidies for the poorest of the elderly be slightly increased, as the price for their adoption of the conservative plan to destroy Social Security. Throughout the process, the right-wing Republicans and neoliberal Democrats will ask, "How can progressives object to means-testing, privatization and 50 state programs, when those are the very features of the Obamacare system that our friends on the left celebrate as a great achievement?" 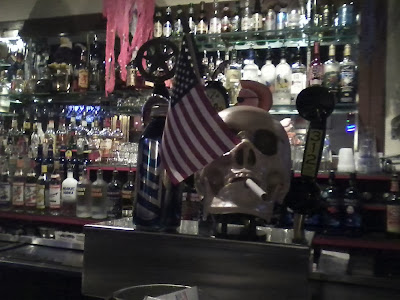 Another image of that skull and flag and cigarette at the bar.
*******


Think about it, progressives. The real "suicide caucus" may consist of those on the center-left who, by passionately defending the Affordable Care Act rather than holding their noses, are unwittingly reinforcing the legitimacy of the right’s long-term strategy of repealing the greatest achievements of American liberalism.
Lind mentions the concept of a "kludgeocracy" -- the needless complication of public policy. This is interesting because this was precisely Paul Krugman's topic in his regular Monday New York Times column. However, Krugman is far more optimistic about what Obamacare will achieve. And, as you may know reader, Paul Krugman is my hero. 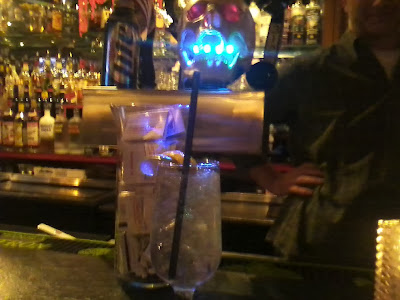 A blurry picture of the skull illuminated, it's mouth going back and forth.
*******

Lind raises the fascinating issue that Republicans, by hoping for the failure of Obamacare, in theory are unintentionally making the case for a "Medicare for All" / single-payer kind of system, since it would (or should) be obvious that such a system is the only workable one.
Lind's pieces are really lost not just on many Salon readers but its editors -- the headline and sub-headlines simply do not match up to the actual content of the article.
OK, that really is all for now.