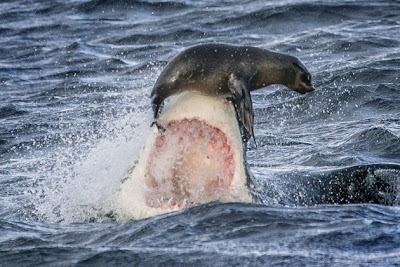 This is apparently an actual photograph taken in the waters off Cape Town, South Africa (probably in the past few weeks) by Irish tourist David Jenkins on a shark tour ferry boat near Seal Island. This great white shark came surging out of the water in a spectacular breaching motion ("Air Jaws" they're called) to gobble up this seal pup, but amazingly and fortunately for that little guy, he ended up on the shark's snout rather than in its jaws of ghastly, horrible, merciless, and unstoppable death. 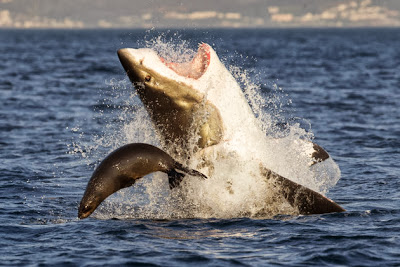 This next picture shows the pup jumping off the shark's snout -- and apparently he got away, at least that's what the story says.
SWIM, LITTLE SEAL, SWIM!! SWIM AS CRAZY FAST AND ZIGZAG FURIOUS AS YOU CAN!
Story and pictures here. (Actually, the Yahoo GrindTV version is here, but the so far 1,000+ comments are characteristically overloaded with American-style deranged / unhinged / bizarre political non sequiturs, ignorance, sociopathic ranting, racist and anti-everything hate mongering, and just weirdness, all from the anonymity of a keyboard -- and who the hell needs to read (or even be near) all that garbage?)
******


So I tried to post my originally intended entry featuring my Sunday bike ride pictures, but I just ran out of time tonight. It's already nearly 1AM and such an entry would take hours to complete. That entry is just going to have to wait. I started it so that is an incentive to finish it -- but that realistically may not be until this weekend. 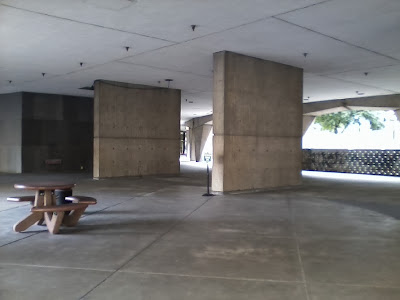 The walkway along the side of the HUD Building near L'Enfant Plaza, Washington, D.C., 3:52PM October 8, 2013.
L'Enfant Plaza has been nearly empty during the shutdown -- with no end in sight -- and it is a depressing site. The 1960s Modernist architectural abominations are bad enough but for the place to be empty because of what's going on is just sad.
*******


As it is, I really wanted to post political commentary on the ongoing radical Republican Federal Gov't shutdown and impending debt ceiling breach / crisis and my own status (as yet NOT furloughed from my Federal contracting job). This includes ANYTHING by Jonathan Chait.
*******


I also wanted to write about the weather, specifically, a possible nor'easter this week along the East Coast, or at least a developing coastal low slowly lumbering northward (now off the South Carolina coast) brings "from essentially no rain to over 3 inches in Washington, D.C." The coastal low includes the remnant circulation and moisture of Tropical Storm Karen -- now transitioned into an extratropical system.
Some weather plot images from aforementioned CWG entry ... 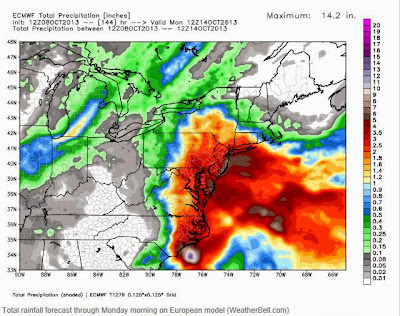 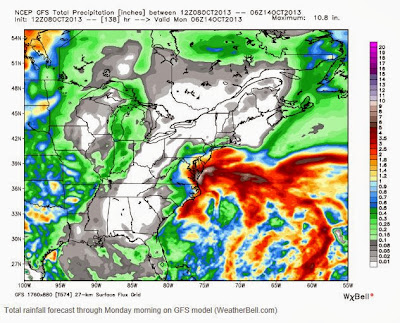 The 12Z 08 Oct. 2013 GFS run showing total precipitation through hour 138 (6Z Oct. 14, 2013) for the eastern half of the U.S. This is another WeatherBell.com created plot rather than a direct one from GFS. I'm not sure the process by which these altered ones are created.
Anyway, the point is that this shows all virtually all the precipitation missing the immediate D.C. area and points north and west from the coastal low.
******* 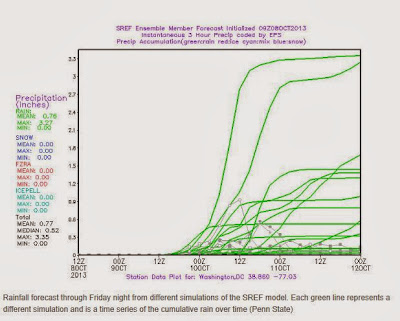 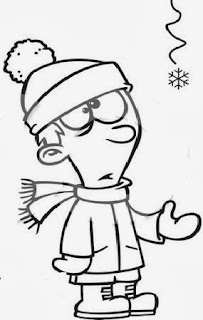 The different ensembles show the range of "essentially no rain to over 3 inches" in D.C. proper.

Had this been a snowstorm possibility at the standard 10-to-1 ratio, that would have been anywhere from "0 to 30 inches" of snow in D.C ...

... and we all know how that would have turned out.


However, as noted, I just ran out of time to do anything. I am home watching my late night TV (Married, With Children reruns on Antenna TV and waiting for The Golden Girls later on Hallmark) and cooking dinner. I went to the gym this evening after an OK day at work (still totally unsure of how things are going to go). As for tomorrow (Wednesday), I plan to go to No. 9 happy hour.
One last weather item: Read this CWG entry about the accuracy of Accu-Weather's "45-day forecasts." The findings are pretty much what you would expect but the methodology used for evaluating the accuracy at three climate stations is quite interesting.
******* 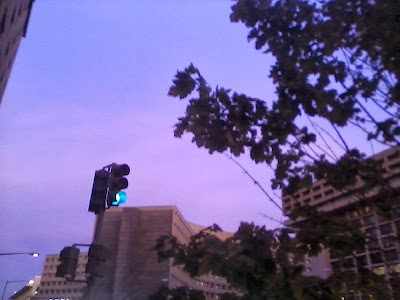 Evening sky with pastel pinks and oranges deepening to lavenders and darker blues as seen over L'Enfant Plaza, Washington, D.C., 6:49PM October 8, 2013. This was the view when I left work. This was the second spectacular sunset in a row -- and these clouds from the aforementioned coastal low.
*******


Oh, yes, I actually got a refund for $253 from my former dentist's office. I really didn't think that would happen, but my careful and respectful approach seems to have been successful. Recall I "spent" $293 for the start of an unnecessary procedure that I got out of. There was another $40 charge for a follow-up visit, but still, I actually got back $253, and I'm very happy about that. I will use it for another procedure (filling a few minor cavities or near-cavities that apparently I have) with my new dentist scheduled for later this month. I'm still going to follow through on that one regardless my work situation.)
OK, that's all for now. My next update likely will not be until at least Thursday night. I just don't have the hours necessary to post extended blog updates on all the topics on which I want to write.
--Regulus