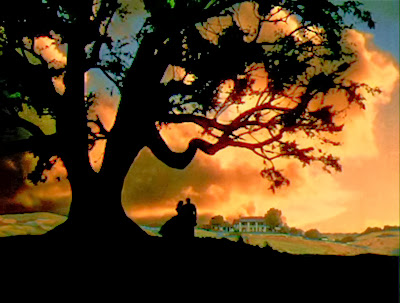 Below is a piece by Chuck Thompson that appeared in Salon (sorry) this weekend. He is the author of the politically caustic 2012 book Better Off Without 'Em: A Northern Manifesto for Southern Secession. 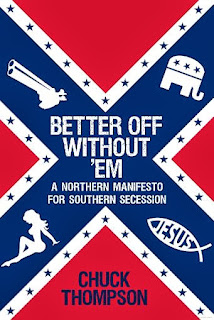 Here is an Aug. 2012 New York Times review of his book. This review notes that the political philosopher and historian Michael Lind -- a person I have frequently mentioned on this blog and who as a native Texan frequently discusses the excessive and harmful influence of the South's modern day "Nabobs, Bourbons, and Big Mules" in damaging America -- wanted nothing to do with this book.


Sometimes I agree with him that it might be better if America just separated into at least two (and more likely three) different countries including a Northern U.S. (USA) and a Confederates States of America (CSA). It's just so exhausted having to deal with the South and all its psychological issues -- and resulting national political dysfunctions.
Now I understand this is a far more complex subject, and dividing up the country in this manner would leave millions of Americans stranded in a quickly-impoverished, apartheid-based oligarchical theocracy. On that point, here is an Oct. 2012 Daily Kos interview with Thompson where he goes into additional details of the provisions of a USA / CSA Treaty of Secession including this issue of who would live where.
Anyway, below is Mr. Thompson's Salon piece.


Just secede already: The obstructionists aren’t going anywhere. Maybe we should
We don't want to live in Ted Cruz's America. He doesn't like ours. Maybe a split really is inevitable -- and right
BY CHUCK THOMPSON 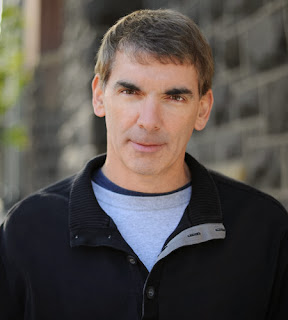 One of the advantages in being out of the country during the government shutdown -- until this week I’d been riding out the fiasco working in Asia -- is not being exposed to the petty, day-to-day indignities it spawns.


There's no finding out what new outrage the three Chrises (Cillizza, Hayes, Matthews) have dug up. No trawling the Foxbaugh universe to see if there’s any reasonable discourse coming out of Camp Sabotage.
On the other hand, with distance comes clarity, and viewing America’s political decay through the lens of the international world comes with its own problems -- not least of which is that it brings the depressing truth about this country’s social and political dysfunction into frightening focus. 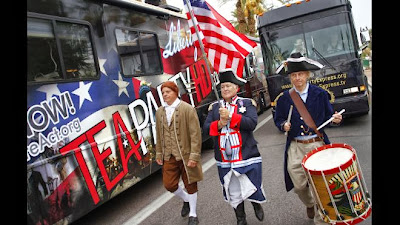 That truth isn't simply that our government is under attack from a band of domestic anarchists -- presumably everyone can see that -- but that the attack is working. No matter when the current crisis is declared "over," its damage has already been done. The victory already claimed by those out to drive the American government to its knees will simply embolden the infidels to mount another attack once they've licked their wounds, regrouped and gained strength for another Pickett's Charge.
Mm-hmm. That Pickett's Charge, the last-day-of-Gettysburg calamity than broke the Southern war effort once-and-not-quite-for-all.
If you imagine there's anything even remotely new about the current movement to cripple the government, well, bless your heart. 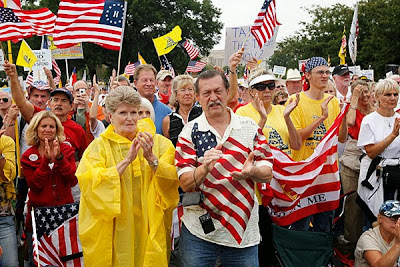 Say hello to our little friends


There's a notion out there that the Tea Party jihadists leading the crusade against a functional federal government represent some new school of grassroots activism and that their dissonance echoes from Wal-Marted plain and Cracker Barrelled valley. [Editor's Note: Ha ha] 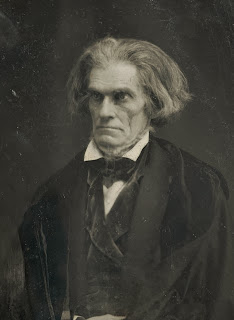 In fact, it's the same old obstructionist strategy that’s been pursued by traitorous Southerners in government since long before Robert E. Lee's doomed charge at Gettysburg. It's part of the same soiled fabric that stretches from John C. Calhoun and South Carolina’s 1832 Ordinance of Nullification -- an argument that essentially said that if a state didn't like a federal law it could simply ignore it -- all the way to the Newt Gingrich-led government shutdown and de facto second paralysis brought about by his presidential impeachment campaign of the 1990s. With stops along the way to roll back Reconstruction, stop black kids from entering white schools, dismember the Voting Rights Act, etc., etc. 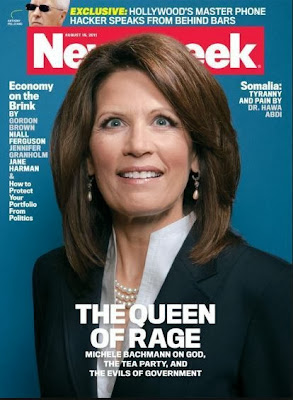 Yes, I know Michele Bachmann is from Minnesota and Steve King is from Iowa, but all this proves is that in the 150 or so years since the Civil War, the vituperative Confederate agenda of anti-Americanism has managed to spread its irresistible redneck poison into benighted pockets across the country. Kind of like Waffle House. 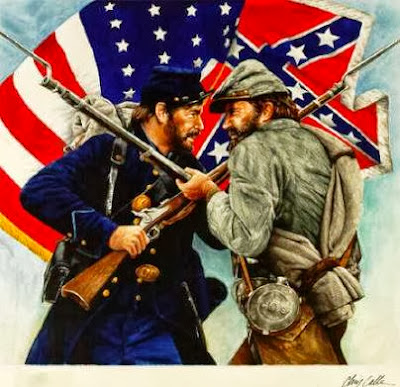 In a piece published earlier this month beneath the headline "32 Republicans Who Caused the Government Shutdown," The Atlantic tallied up the hardliners who have bent the country into going along with their insidious shutdown. Of the 32 it counted -- "there's no official 'wacko bird' caucus that keeps a register," pointed out in justifying its own need to do so -- 20 come from Southern states. (Twenty-two, if you include Arizona, a place that more and more is resembling the South in terms of abysmal public education, obstructionist politics and guns in kindergarten.) That's why although we were all supposed to act shocked and appalled when a Confederate flag showed up in front of the White House during a Tea Party protest last week, nobody actually was. 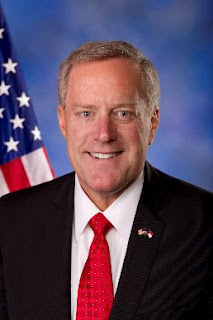 Among the Atlantic's ignoble menagerie of clampdown Clampetts is North Carolina Representative Mark Meadows, the man rightly identified as the "architect of the brink" and "the man behind the government shutdown," by CNN and others. It was Meadows who in August wrote that open letter to John Boehner and Eric Cantor, then press-ganged 79 of his colleagues to sign, demanding that Congress "repeal ObamaCare in its entirety this year, next year, and until we are successful." It was Meadows who insisted on tying that effort to defunding the government. 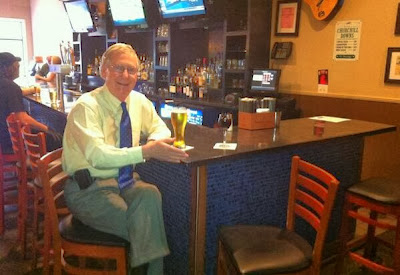 Much as Kentucky's Mitch McConnell did in 2010 when he said that the "single most important thing we want to achieve is for President Obama to be a one-term president," Meadows' legislative gambit revealed a man and a party absorbed in a classic state of Southern pique. It's a pathology sadly worthy of Calhoun and his whole sorry legacy of tantrum-throwing quack parliamentarians who want to continue enjoying all of the benefits that come with being part of the United States without having to make any of the necessary sacrifices or compromises. 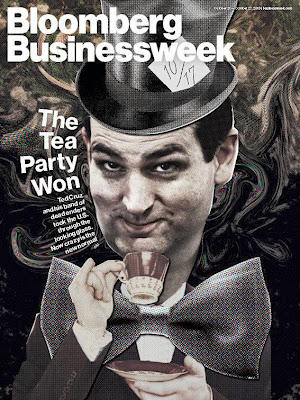 In addition to all the unfair treatment Paula Deen has received from the mean old lamestream media this year, the angry Dixie mob has been galvanized most effectively by still another Southerner, Texas Senator Ted Cruz. The oratorical bar-lowerer is renowned for staging a 21-hour filibuster against Obamacare in the Senate, during which he read "Green Eggs and Ham" to his children. (What's with Texas "My Pet Goat" Republicans turning to children's books in times of national crisis, by the way?)


More notable, however, is the catastrophic defunding strategy Cruz called for in May when he implored the House Appropriations Committee to "abolish the IRS."
This may have sounded like the latest wacko bird statement from yet another phenomenally shortsighted backwater pol with a Gospel zombie constituency to suck up to.
It wasn't. 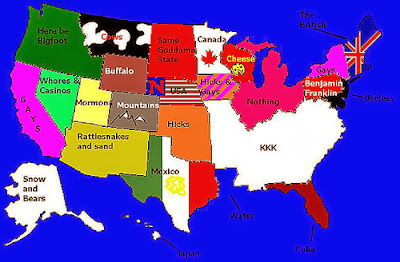 Ha ha
It was the cotillion debut for the latest strategy in the South’s never-say-tie fight against the U.S. government. Having failed through military, social, moral, political, procedural and pretty much every other means to destroy the Union, the Southern star-chamber that can’t let go of its antipathy toward America has hit on a new approach.
Take away its money.


It's the Tony Montana philosophy in reverse: "First you take away the money, then you take away the power."
Hey, why not look to "Scarface" for inspiration? The guy was from Florida, after all. And he had the Cubans in his back pocket.
It's not playing in Peoria, but it is in Beijing


Watching this all unfold from abroad somehow made the circus sadder, the clowns even scarier.
While I was in Hong Kong, President Obama canceled a trip during which he was to attend the Asia-Pacific Economic Cooperation summit in Indonesia and the ASEAN and East Asia Summits in Brunei. Obama blamed the shutdown for canceling appearances at sessions where global leaders gather to figure out who’s going to play makeweight in world affairs in coming years and who's going to sit on the sidelines.

In the international press, the dominant theme that emerged from the APEC meetings was how Obama's absence amounted to rolling out the red carpet for China and Russia. Taking the unaccustomed role of dominant players at the event, America's primary global rivals wasted no opportunity to chisel away at American influence, all while giddily sound-biting about the United States’ torrential loss of financial and political authority in the world’s most robust economic region. 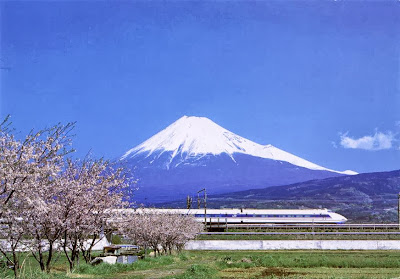 If the anger and narcissism of an influential part of the U.S. government was preventing it from seeing the big picture -- no need for the shaky U.S. dollar to continue on as the world's standard currency when by comparison the Chinese yuan looks Rushmore-esque in its rock-solid reliability -- then let's get on with cutting deals with the superpowers who actually seem both super and powerful. Or at least who have an idea about how to handle their business.
I'd call this analysis unanimous, but I suppose somewhere around the tenth or twelfth Google page a more diligent researcher than myself might find a link to some wayward editorialist voicing timid dissent.
But these times aren't for the timid, not outside U.S. shores, anyway. 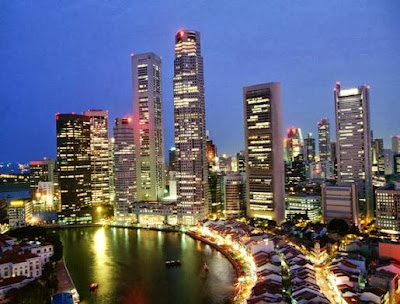 It's an exciting, almost magisterial era, especially in Asia, where trade pacts are being inked, progress smells like cooperation and it actually feels like the 21st century is underway … at least for those who want to be a part of it.
Vladimir Putin made the most of his meetings with Chinese president Xi Jinping, crowing about cooperative agreements and tighter bonds between Russia and China.
As a Chinese professor named Wu Fei told Radio Free Asia, "Whenever China and Russia enter into any sort of agreement, this weakens the United States."
But then, so does entering into agreements with a domestic gang that's been working to tear down this country for more than a century and a half. 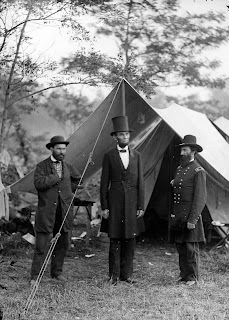 On that point, at least, everyone in Congress seems to agree.


Chuck Thompson is the author of "Better Off Without ‘Em: A Northern Manifesto for Southern Secession" MORE CHUCK THOMPSON.
Posted by Regulus at 8:40 PM