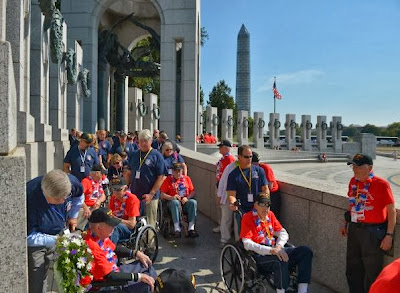 Awesome World War II veterans -- some in their wheelchairs -- "storm" the "barricades" idiotically erected around the World War II Memorial here in D.C. on the first day of the likely extended Federal Government shutdown, October 1, 2013.
True, this was a right-wing radical Republican Congressmen and their operatives orchestrated this "event," but it was still pretty cool -- and how stupid to "close" this memorial to anybody. They are time capsules from a period in history when America actually worked well.
God bless them for what they did for this country and for humanity all those years ago.
*******

All my USB ports on my laptop are suddenly non-functioning, and I have no idea what the problem might be, nor a solution. This is especially true since the computer is my work one. I already sent an email to IT. This is going to make it difficult to format this entry since my optical mouse is therefore not working.


The weird aspect of today -- aside from the fact it was day 2 of the Federal Government shutdown and now is into day 3, and furthermore, there is NO END in sight until AT LEAST the debt ceiling breach crisis deadline in two weeks on or about October 17th, BUT for me personally, I am still able to work uninterrupted, and THANK YOU, GOD (no, really) -- was that I woke up to a drip, drip, dripping ... 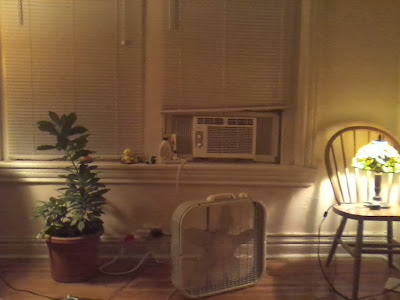 
My new window a/c (pictured above) appeared to be having some major malfunction, and I shut it off. Water had already dripped onto the floor quite near the pile of quilts, pillows, and blankets on which I sleep. This was around 730AM. But I turned it back on about a half hour later, and the problem suddenly had resolved itself. I had already called the building maintenance fellow -- he is excellent -- and he agreed to stop by at 11AM. 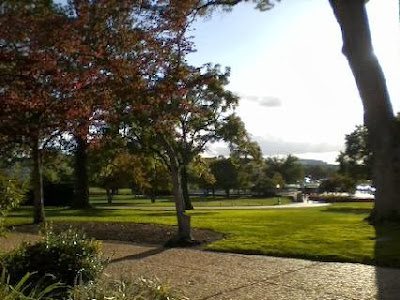 The grounds of the U.S. Capitol, 5:26PM September 29, 2013. This is one of the other pictures that I took on my Sunday early evening bike ride. I posted some of the others in my previous entry . It looks so green because it is so well-watered, actual dry weather conditions notwithstanding.
*******


Anyway, I (finally) got up and got ready and biked to work today. (I skipped the gym tonight after going on Monday and Tuesday nights with the regular jogging/weightlifting/swimming routine.) As I mentioned above, the agency for which I am a contractor is still up and running -- though the building and the area around L'Enfant Plaza definitely seemed less "crowded" today.
I went to No. 9 for a happy hour. Bartender "A" was working tonight, and Gary and Kristof (always and permanently highly distracted with other social issues) showed up.
I then biked home around 1030PM.

There is so much I wanted to say, but long story short, upon reading this piece in Salon by Thomas Franks -- an excerpt from 2008 from his book The Wrecking Crew -- and other pieces such as this one in nihilistic POLITICO showing how fanatical Teabag neo-Confederates in the House such as Stockman, Gohmert, (Steve) King, Huelskamp, and Amash are flipping off Big Business with gleeful threats of default (to them, ongoing Federal Gov't shutdown is just an afterthought in this way), I now realize that October 2013 may be a historical month in American history ...


... This may be the month -- whether or not Obamacare survives s a funded, functioning law or not -- that the monster created by the Republican "movement conservatives" and their oligarchical over-class funders turned on its creators. Think of the debt ceiling breach / default scenario as the angry and talk radio / Fox News whipped up Jacksonian populists (in their paranoid and fearful demographic decline) clashing with the 21st Century billionaire robber barons who created this monster.
Who wins that fight?? 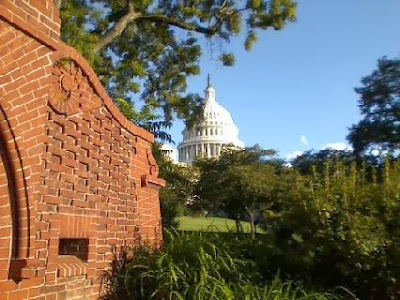 
At this point, I think that Pres. Obama is not going to blink on anything, but I also have a feeling he won't assume extraordinary / emergency powers to direct the Treasury Dept. to continue paying debts. And the neo-Confederate radical Congressman -- that hardcore 30 to 50 answerable only to right-wing talk radio and the Fox News carnival-barkers -- aren't going to blink (only Speaker Boehner could possibly do that). That leaves only Senate Dems to do so.
This is a scary and maybe historical month in American history. 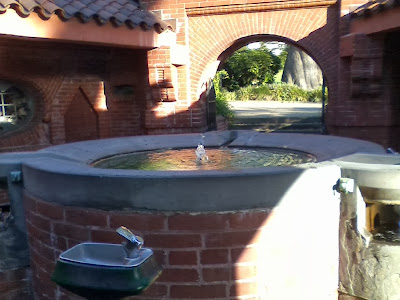 
Oh, yes, the amazingly strange Republican-contrived "angle" to the shutdown is that President Obama apparently -- in his Muslim, Kenyan, Socialist, America-hating way -- "intentionally" set up barriers around the WWII Memorial here in D.C. just to keep out the (awesome) 85 to 100 year old WWII veterans who made it to D.C., but those same vets "stormed" the barricades and had a (wheelchair) sit-in. 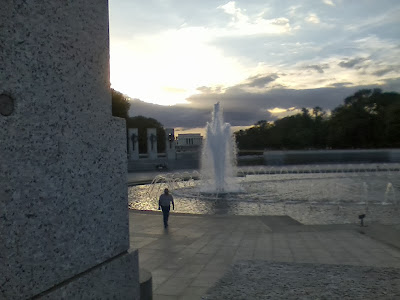 Speaking of the National World War II Memorial -- Here is a photograph of it I took on Sunday during my bike ride at dusk, 6:09PM September 29, 2013.
Of note, I stopped to tie my shoe -- and I was leaning up against the granite pillar for the State of Montana.
*******


And the vets did this DESPITE the National Park Service "shock troops" who tried to "keep them out." But the shock troops (or is it storm troopers??) relented and the vets were able to "reclaim" the space. You just never know how the GOP is going to create a situation that hits the body politic just right.
Updated at 12:07AM 10/4/2013:


Honestly, though, that was kind of a stupid thing for the National Park Service to "barricade" the outdoor memorials. As for the park rangers, they are simply doing their jobs as instructed. However, what that geriatric Texas Teabagger / Birther (is that redundant?) Republican Congressman Randy Neugebauer did in verbally accosting a female National Park Service ranger. At least an onlooker stepped in. What a Teabagging D-bag. As it is, it's the U.S. Park Police who are basically armed tour guides 99.98% of the time, and thus occupy for all intents and purposes the same role as the NPS rangers down on the National Mall here in D.C.)
End update. 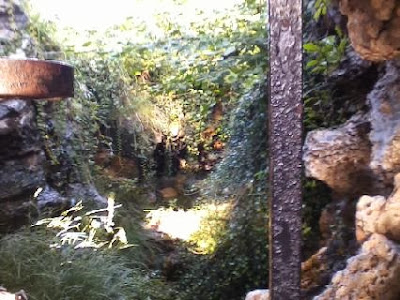 
Lastly on a political note, Paul Krugman's blog entry on Wednesday -- in particular the quote about the "equivalency" of Senators Elizabeth Warren and Ted "Nosferatu" Cruz -- is so worth reading. (It's larger point is about the seeming clueless Big Business / CEOs in the current political environment over the Teabagger crazies.)
OK, that's all for tonight. Again, at this point, I am still working as normal. 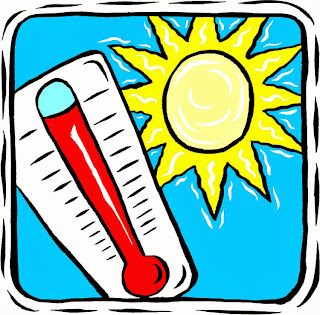 As for the weather, it was an excessively October hot day with a high of flippin' 88F at KDCA, one degree shy of the 89F daily record set in 1989 and 86F at KBWI and KIAD, both of which also had record daily highs of 89F set in 1986. KDMH reached 87F.


The flippin' hot weather is going to continue -- the hottest in October since 2007 -- along with drought-dry conditions. HOWEVER, there is a chance of a tropical system in the Gulf of Mexico -- Karen -- whose remnant center / moisture the GFS has coming up the Eastern Seaboard along the Piedmont, reaching the D.C. area by Monday night. At least this was the 12Z and 18Z runs for October 2nd, less so in the 0Z October 3rd run.
We need rain. Yes, Jason Samenow -- rain -- no matter what the Palka-Cabra Creature or "Drool" Hill want.
OK, that really is all for now. My next planned update will either be tomorrow or Friday night. 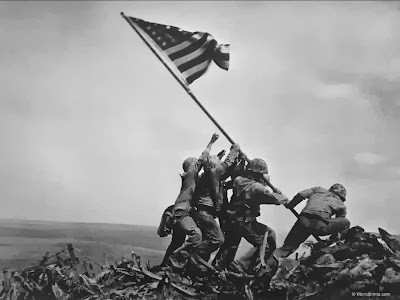