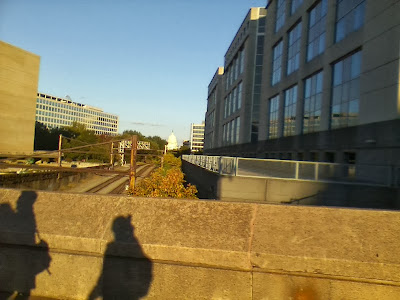 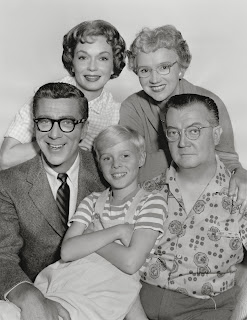 The episode is "Dennis, the Rainmaker" from 1963 in which Dennis and his friends try to an Indian (Native American! -- no, they didn't use that term) rain dance to make it rain while Mr. Wilson schemes to buy on the cheap a jar or vase that he believes is a centuries old pot worth a lot of money from a lady named Mrs. Schooner.


I mention this because the actress who plays Mrs. Schooner is Lillian Culver. I could not find a Wikipedia article for her but according to her IMDb page, she lived to 103 years old -- born March 23, 1896 and died September 23, 1999 (alas, she didn't quite make the year 2000).
Quoting her biography (embedded link) and with accompanying picture (the only one I could find): 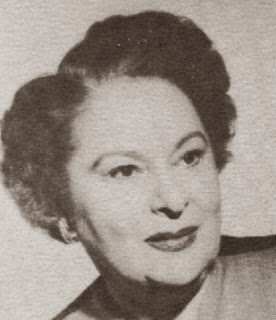 Lillian (Roberts) Culver was born in Loveland, Colorado, the daughter of William Porter Roberts and Clara Ellen Lackey. Her ancestors included Brig. Gen. Isaac Roberts of the War of 1812 and Anne (Robertson)(Johnston) Cockrill, heroine of the Revolutionary War and sister of James Robertson, "the father of Tennessee." She was an aspiring actress in silent movies when she met Harry H. Culver in 1915; they were married a short while later. She gave up her acting career until her husband's death 17 August 1946, whereupon she played small speaking roles in movies and guested on several television shows.
Spouse 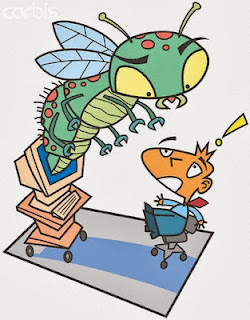 I think there is something wrong with this computer (as in a mal/spy ware issue) but I keep trying to find it with sweeps using the anti-viral software we have but it is not finding anything. However, the same software has on several occasions today popped up to say it is blocking something. I told the IT dept. and was told that I could have a full scan done on Tuesday.


I tried to write down the address it gave but I didn't have a flippin' pen in front of me, and by the time I did, the message was gone.
As it is, I have a sense of dread and doom. But then again, I often do.
If there is a problem, I think it came from the StatCounter site.
*******


My work day was OK and then ACP and DD and I went to Elephant & Castle on Pennsylvania Ave. where we walked from work to get a quick drink. The place was crowded but there three seats at the far end of the bar. This big, fat, middle-aged guy drinking a beer would not move but managed to get around him and his group. 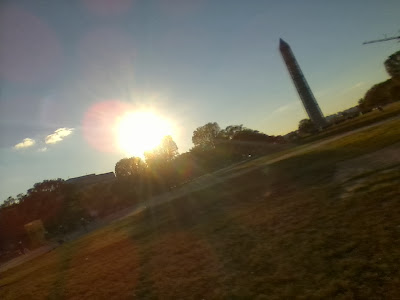 
It is very tranquil with no "sensible" weather of note except that it is rather chilly. In fact, there is a widespread freeze warning in effect for the D.C. and Baltimore areas and points south and east all the way down to the lower Chesapeake Bay. Lows even at KDCA are forecasted to bottom out around freezing. It reached 29F at KIAD this morning, the first freezing or lower reading of the season while KBWI and KDCA were 36F and 38F, respectively. Highs were in the 54F to 57F range under sunny skies.
If it reaches 32F or lower at KDCA tonight, that will be noteworthy in that it means the first KIAD and KDCA freezes of the season -- which can be a month or more apart -- will have occurred within a day of each other. This is precisely why it won't happen an the KDCA low will be 34F or 33F. 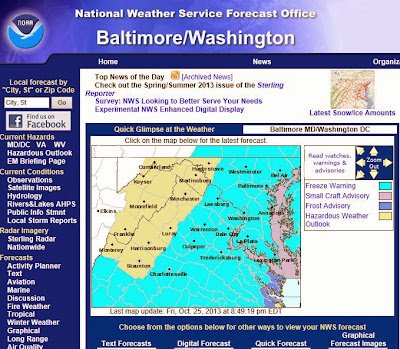 Regional advisories as shown on the Sterling (LWX) homepage as of 849PM Oct. 25, 2013. The bright light blue (cyan?) are freeze warnings and the darker blue are frost advisories. There are no warnings in the Blue Ridge or Shenandoah because the growing season is already over (having gone sub-freezing already).
*******


OK, that's about all for now. I'm going to dinner tonight somewhere, but I'm not sure where. Then I'll probably go to the usual places (No. 9 and/or Nellie's or, since Chris is working there, D-I-K). My weekend plans are what they often are: gym tomorrow ... dinner tomorrow night (though this time perhaps with Wendy) ... and a bike ride on Sunday (which I didn't take last Sunday). We'll see how it all pans out.
--Regulus
Posted by Regulus at 9:21 PM