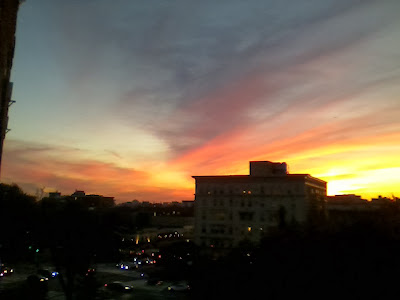 My Hampton Courts apartment view at colorful sky dusk this evening looking to the southwest across part of Washington, D.C., and toward Rosslyn (Arlington) in the distance with 16th and U Streets NW in the foreground, 6:39PM October 18, 2013. How quickly the colors shift and fade.
*******


This is my planned Friday night update, except I don't have a great deal of things to say. I'm sure if I started to write, my mind quickly would begin to free associate and I'd have one of my interminable entries for which I have to find numerous pictures to break up the text.
There are a few links I would like to post (unfortunately, all in Salon, which is not my favorite website because of its non-stop pop-up ads and all kinds of who-knows-what on it). I will refrain from trying to post excerpts because the entry will quickly become way too long. 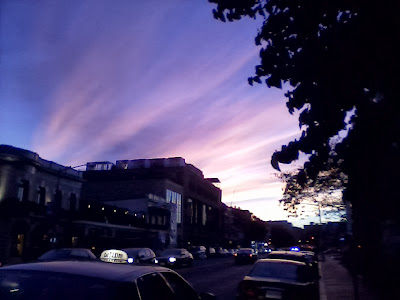 
I'm home on this Friday evening doing my laundry and watching (at this time) reruns of Maude (yes, Maude) on Antenna TV. I didn't realize how much and closely Bea Arthur worked with Rue McClanahan -- some 10 to 15 years before the start of The Golden Girls. 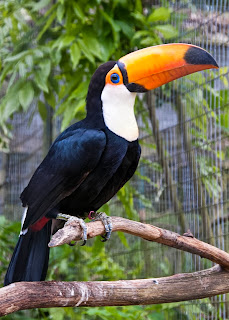 I got a haircut earlier tonight at the Hair Cuttery on Connecticut Avenue. Bea cut my hair and did a nice job. I've been keeping my hair a lot shorter lately, and I think it is better that way. It also looks better now that I am so much thinner (and holding so). My weight is still in the 145 pound range, a full 40 pounds down from my flabby peak back in spring 2012.

The night is a clear, cool, fall-pleasant one here in D.C. with temps at the 9PM hour around 60F and dew points around 47F at KDCA. It is already a lot cooler in the suburbs and exurbs including 51F at KBWI and KIAD and dew points around 45F).
There was a frontal passage last night with some scattered showers (0.09" at KIAD, 0.07" at KBWI, and only trace at KDCA). Temps today were about 10F cooler with highs in the 65F to 67F range. Tonight should drop into the 40s Fahrenheit.
There isn't much rain in the forecast (maybe a bit tomorrow night) -- we've gone back to being characteristically October dry after the area-wide 4 to 8 inch deluge last week -- but next weekend could be quite chilly, unseasonably so, with highs only around 52F and lows in 30s Fahrenheit. 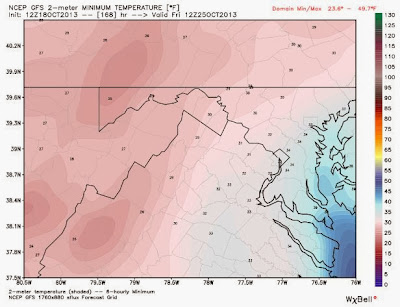 
There is (was) a penumbral (partial) lunar eclipse tonight with the full Moon, but the Moon is in the east right now and my apt. faces west and I never really saw it. It started at moonrise. Tonight full Moon is the Hunter's Moon. 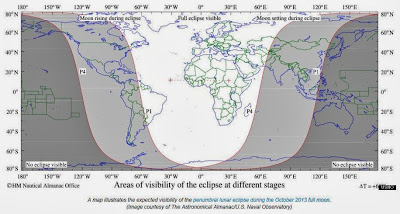 Global map of where tonight's penumbral lunar eclipse is visible including at moonrise and moonset.
*******


Speaking of the Moon, I took some pictures of the then-nearly full Moon as it was rising in the east on my bike ride home from work last night (L'Enfant Plaza area to near 16th and U Streets NW via the National Mall and 15th Street). They are blurry / low-quality ones with my cellphone camera but still, you get the idea. 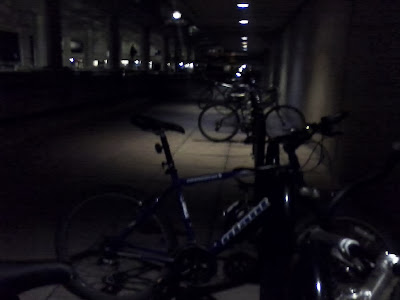 
It was around 1230PM that I biked to work down 15th Street -- and finally fully realized just how far that bike lane runs all the way from Florida Avenue (just past where I live) down to H Street, where it meets Vermont Avenue right by the White House (on the east side of Lafayette Park). Heading south, 15th Street and its bike lane start up again about a block east on the east side of the Treasury Dept. The run between Pennsylvania Avenue and Constitution basically skips about four blocks of busy downtown with a dedicated bike lane. 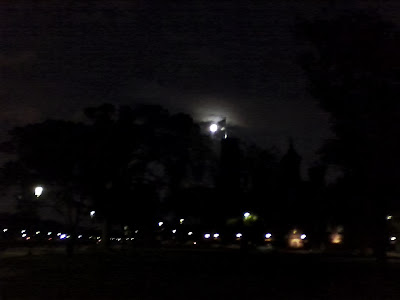 
I had gone to work in the morning, but then returned home around noon and when I returned, I rode the bike instead of taking the Metro. (Not to worry, I more than made up the hours working from home late last night and early this morning.) I mention this because the 15th Street two-way bike lane might be just too crowded at rush hour. It was still busy when I rode home last night around 730PM. As it is, it only takes me 24 minutes between my apt. to the DOE bicycle rack. That's about as quickly as I can get to work from my apt. to the office by taking the Metro from U Street / Cardozo. 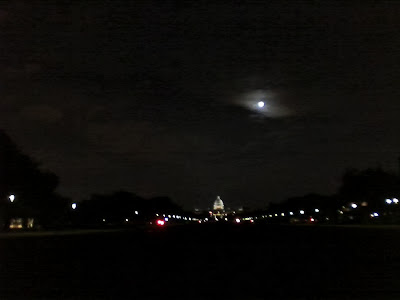 
OK, here are the articles I mentioned with embedded links -- all three by Salon writer Josh Eidelson. 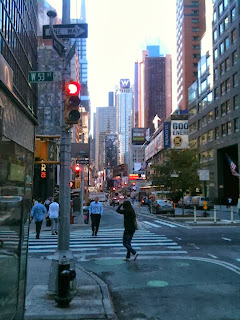 Tea Partyers' grave fear: Why they disdain young people — even their own!

This features an interview with sociologist Theda Skocpol, who has done a lot of work analyzing the Tea Party sorts.

Left: Photo that Chris T. took at W. 53rd and Broadway this morning on a trip to NYC.


Terrified Tea Party reviving slaveholder ideology: notorious sociologist talks to Salon
This is an interview of Frances Fox Piven, professor of political science and sociology, City University of New York.
Prof. Piven may now best be known for being among Glenn Beck's "most dangerous" people, his legions of paranoid and ignorant rightwing Teabaggers sending hate mail and threats to an 80-year old woman prior to which fewer than 1 in 1,000 of them had ever even heard of.
******* 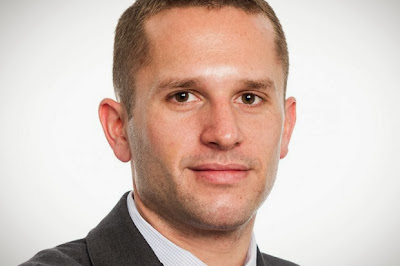 Josh Barro
GOP is "crazy and awful": The Josh Barro Republicans are displeased
This is an interview with Josh Barro, a sensible Republican who I've really begun to like lately. (Yes, he is gay.) He is the son of the conservative economist Robert Barro.
As it is, I'm just glad that the whole ugly episode is over for now. As it is, I've returned (or rather, I'm in the process of returning) my $3,000 401k loan, although maybe I should have kept it until my next paycheck arrives next Friday. My goal is to be able to take out the loan again if we have another prolonged shutdown that results in me being furloughed (that did not happen this time).
Another part of me would like to take out $1,500 and spend about $500 on new clothing (all my pants are ridiculously loose) and the remaining $1,000 on that Christmas time solo trip to Toronto I want to take but have not been able to arrange -- what with my dental issues in August and early September and then the radical Republican lunacy of shutdowns and threatened defaults. (Of course, my main worry throughout was whether or not "Baby Wade" and his D.C. Gay Mafia were collecting their full nightly wheelbarrows full of tips.)
******* 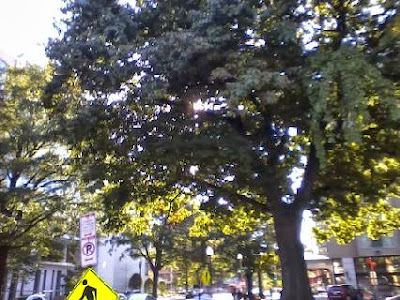 
Rather, first I'll stop by Dupont Italian Kitchen downstairs bar, possibly to have dinner but at least a drink. I think C/H is working there tonight. Then I may go to No. 9 and/or Nellie's.
Tomorrow, it's gym in the late afternoon, followed by the Sci-Fi Saturday Night line up on Me TV, then dinner at the Old Bar at Old Ebbitt Grill, followed by Saturday night late night at No. 9 and/or Nellie's. 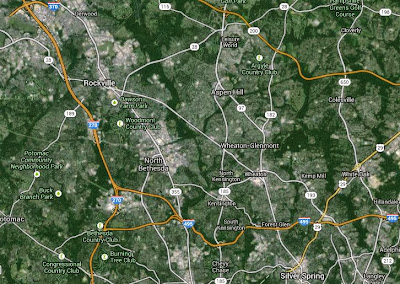 On Sunday, I think I'll take the bike up to the Shady Grove Metro and bike back via the Rock Creek trail (you have to bike over to Lake Needwood in Rock Creek Regional Park to do that), all the way to the DC/Maryland line, and then into Friendship Heights and Palisades and into Georgetown, stopping at Chadwick's by dusk, and then Larry's Lounge on Sunday night, followed by home.
At least that's my weekend plans. Note that it is not contingent on actually socializing with anybody ... 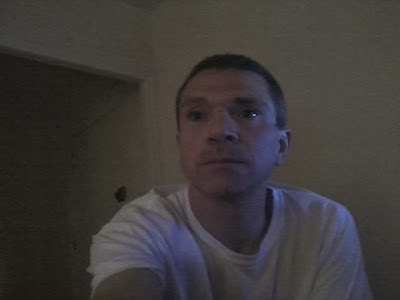 
OK, that's all for now. I intend to post a Jukebox Saturday Night entry. I also may try to post an entry before that, time permitting. At this point, it would be my nearly 2 month overdue pictures of my Jersey shore visit with Gary and Wendy. (I guess I could try to post the 10 month overdue second half of my January New Jersey trip to my great aunt's 100th birthday. The preliminary entry was here and the first part was here.)
--Regulus
Posted by Regulus at 9:57 PM