A Lighter Shade of October, a Dumber Variety of Flavor-and-Clue-Free GOP Teabags, and a More Perfect Garden State of Marriage Equality 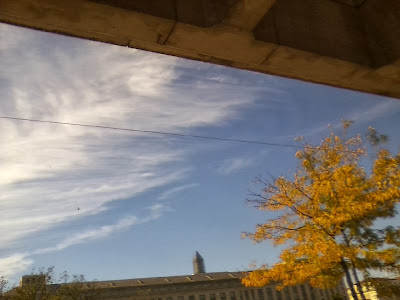 The fall blue sky fleeced with cirrus clouds and framed by a small ornamental tree at golden yellow-orange peak as seen from the DOE cafeteria with the tip of the scaffolding-covered, scrim-lined Washington Monument poking above USDA headquarters, Washington, D.C., 2:27PM Oct. 21, 2013.
*******


I'm home tonight watching my late night TV shows -- right now, a very funny Married, With Children rerun ("25 Years and What Do You Get?") on Antenna TV, and shortly, a few episodes of The Golden Girls on Hallmark.
I made dinner -- my usual steamed broccoli and carrots, rice, and fried up (Mike?) Tyson's grilled chicken strips. Quite good. And I splurged with some Coca-Cola (I've really reduced the amount of soda pop I drink). I do not eat a lot during the regular work day, since I don't like the idea of being stuffed and bloated while sitting in a cubicle. I tend to my biggest meal late at night after I get home from the gym (or the bar). 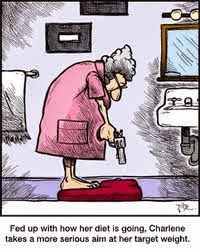 My work day was OK and tonight, I had a good gym workout -- jogging, weight-lifting, and swimming. Of note, my weight in my bathing trunks on the big scale in the locker room was 143.5 pounds -- so I'm "officially" down 40 pounds from my first weigh-in on that big scale back in June 2012.


Recall the previous week at a work biometric screening weigh-in, I tipped the scales at 188 pounds, but let's just say 185 pounds since I was dressed. In addition, I've put on a few pounds of muscle mass.
So all in all, I've lost more like 45 pounds of fat in the past 16 months, which means I've just about shed the 50 pounds I had put on between late 2003 and mid 2012 and I'm more or less thin again ... And I'm pretty much where I want to be, though I would like to maintain it. 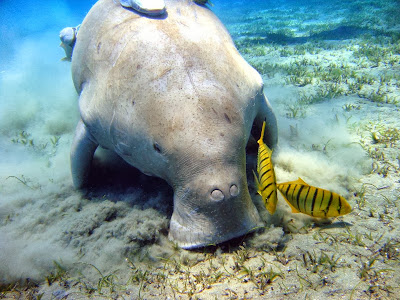 No more dugong and/or manatee pictures to represent me or how I feel -- not for the time being, anyway.
Dugongs are kind of awesome.


As for tomorrow, I'll skip the gym. I'm planning on the Tuesday happy hour at Dupont Italian Kitchen bar where C. works now. 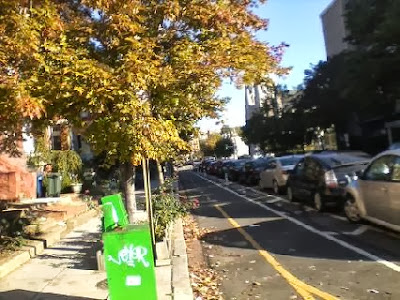 The bike path along 15th Street as seen looking north from the corner of U Street NW, Washington, D.C., on a bright fall morning, 9:29AM Oct. 21, 2013. This bike path runs all the way to H Street and then does a jog over to the east to where 15th Street starts up again and runs all the way to Constitution Avenue. It tends to get rather crowded though and is somewhat bumpy in places.
******* 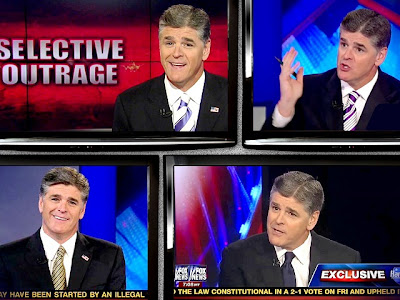 Is it me or is Sean Hannity starting to look like that Tillie face in Asbury Park, N.J.??
I wanted to post to this story -- which was covered tonight by Chris Hayes on his annoying All In show. As part of the Fox News propaganda / lie machine, here was a piece from last Friday on Salon: "Inside the Fox News lie machine: I fact-checked Sean Hannity on Obamacare".
Link here 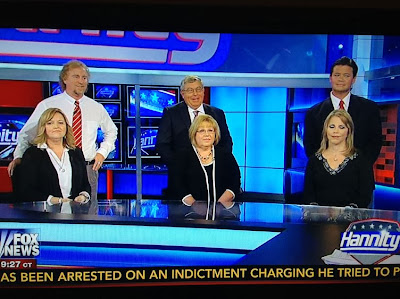 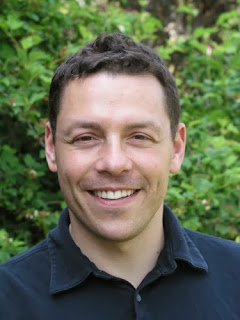 Long story short, Eric Stern (pictured at left), a Montana resident and Senior Counsel to former Gov. Brian Schweitzer, watched a Hannity episode back on Oct. 11th featuring three rightwing Teabagger couples wailing about the agonies of Obamacare, and OF COURSE it turned out all three couples had no idea what they were talking about or what money they would save because they've spent the past three years and more deep inside the alternate reality bubble of Fox News and the larger rightwing media / entertainment / political complex. 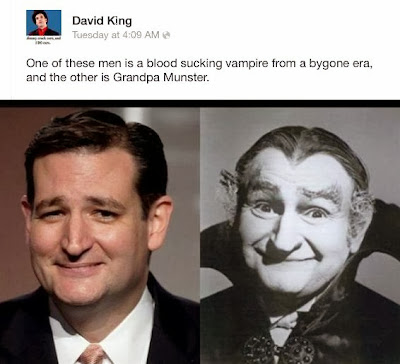 In short, Paul Cox with his wife Michelle of Leicester, N.C., explained how Obamacare has forced his business to cancel hiring plans -- except he has only 4 people, which is more than a factor of 10 below the size of a company where any Obamacare financial rules kick in.
As for the other two couples -- Kurt and Allison Denijs and Robbie and Tina Robison from Franklin, Tenn. -- naturally living in their Fox News Bubble, they had ZERO idea of what savings they could realize from the healthcare exchanges, but instead were adamantly opposed to the Muslim Kenyan Socialist's efforts to steal their freedom and put them in concentration camps. 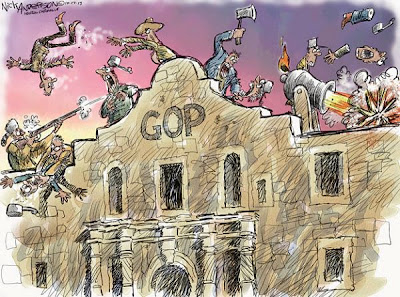 Now who do we root for in this fight??
Specifically, Allison and her self-employed husband would rather spend $20,000 to cover their family of four than the $7,600 on a health exchange, while self-employed "Christian motivational speaker" Robbie and his wife, Tina, would rather pay their current $10,000 per year instead of $3,700.
True, there might be policy variations of what is and isn't available -- but that's kind of what insurance is.
These people are what you call useful idiots for the forces of Koch Brothers / Fox News reactionary intrigue. (Oh, and because the Healthcare.gov website has been a major (though temporary) failure in its roll-out and needs to be revamped (and will be in the next few months), this "proves" that Obamacare can't work because and is worse than the Fugitive Slave Act of 1850 and Nazi Germany because well, it just is. Ha ha
As for that Fox News lie and horsesh!t machine, here is a newsworthy item that was posted on Media Matters on Sunday. The piece is entitled "Fox News Reportedly Used Fake Commenter Accounts To Rebut Critical Blog Posts" and here is an excerpt:
"NPR media reporter David Folkenflik writes in his forthcoming book Murdoch's World that Fox News' public relations staffers used an elaborate series of dummy accounts to fill the comments sections of critical blog posts with pro-Fox arguments.

In a chapter focusing on how Fox utilized its notoriously ruthless public relations department in the mid-to-late 00's, Folkenflik reports that Fox's PR staffers would "post pro-Fox rants" in the comments sections of "negative and even neutral" blog posts written about the network. According to Folkenflik, the staffers used various tactics to cover their tracks, including setting up wireless broadband connections that "could not be traced back" to the network.
A former staffer told Folkenflik that they had personally used "one hundred" fake accounts to plant Fox-friendly commentary ..." 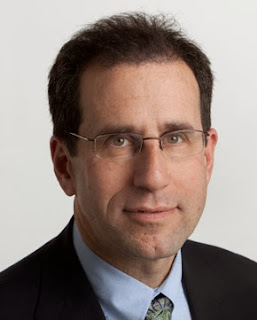 Now I'm sure that Fred Hiatt can find the "bipartisan nuance" in all of this and find out that perfect Zen-like "professional centrist/ 'Views Differ on Shape of Earth'" false balance in this or any situation.


And maybe even Ruth Marcus, Sebastian Mallaby, and Benjamin Wittes can all be on a Brookings panel discussing how "both sides" need to "come together" with Obama ;"showing leadership" (i.e., block grant Medicare and turn over Social Security to Wall Street crooks). 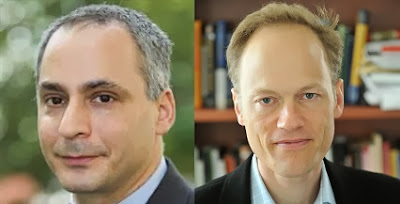 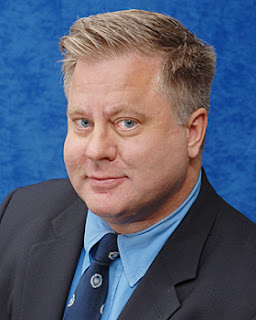 As I may not update the blog for a day or two, I also want to note (again on Salon) this new Michael Lind column (link embedded in title): "Tea Party is an anti-populist elite tool. And it has progressives fooled" in which he (again) makes a strong case that the Tea Party is at its heart primarily a movement of Southern local economic elites (such as small businessmen) within the Republican Party, while the larger white working class nationally (primarily outside of the South) is still New Deal Democratic rather than the irrational yahoos of urban liberal academic and pundit elites' imaginations, and that view only hurt themselves by engaging in that stereotype.


Oh, it turns out that sclerotic old Ayn Rand fool and former "Master of the Universe" Mr. Andrea Mitchell, I mean, Alan Greenspan wrote a book that only James K. Glassman sorts could love. Paul Krugman's take on it was very good.

One last but not least item: Gov. Chris Christie opted not to fight a court's ruling OK gay marriage in New Jersey after the state Supreme Court refused to intervene to halt same sex marriage, and so gay marriage is now legal in my home state. Marriages began at 12:01AM on Monday across the state.
Awesome. 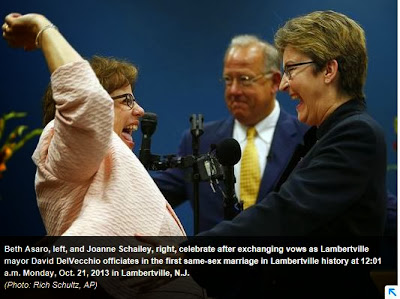 
Story here and here and background story (including the alternate legislative track that was underway to override Christie's veto of a bill allowing same sex marriage) here. And here is a few more photos. 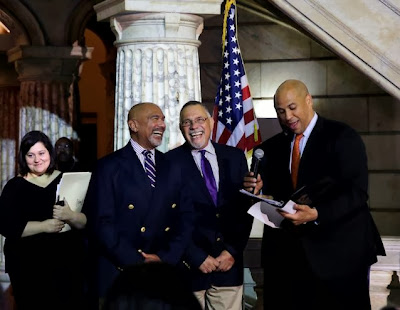 OK, I'm not thrilled with Newark Mayor and Senator-Elect Cory Booker but here he is officiating at the wedding of Joseph Panessidi and Orville Bell in Newark, N.J., Oct. 21, 2013 shortly after midnight.
*******


OK, that's all for now. I'm probably not going to update the blog until Wednesday or Thursday night (i.e., early Thursday or early Friday).
--Regulus
Posted by Regulus at 1:57 AM