Rolling, Rolling Along -OR- Still WOODY! and The Gang's FAV Weather Time of the Year

A "roll cloud" -- a type of arcus cloud -- photographed by one of the Sterling (LWX) NWS meteorologists (WOODY!?) probably 730AM, September 16, 2013.
This is a wide-angle panoramic view, which does not look very impressive on this blog. This picture was posted on the Capital Weather Gang blog in this entry. Below in the entry are two segments of a larger version of this image. 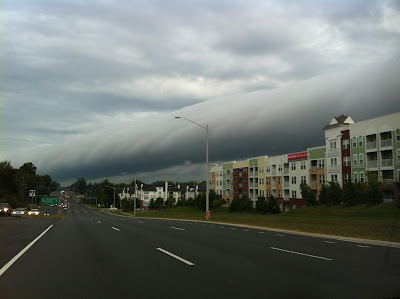 Here is another image of the roll cloud around 750AM as it was moving across Fairfax, Va., as seen from Lee Highway and Shirley Gate Rd.
This roll cloud may have detached itself from a thunderstorm (and thus is not another type of arcus cloud, the shelf cloud). Roll clouds can travel for miles, just sort of silently rolling about a horizontal axis. They may or may not be associated with thunderstorms. The coolest versions are the "Morning Glory" clouds that roll in off the Gulf of Carpentaria in Australia.
*******


So here is my follow-up entry to the one I just posted, but basically just limited to a weather discussion. 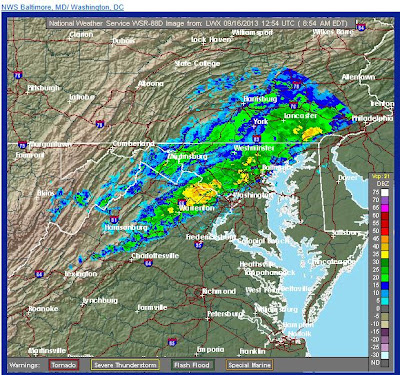 LWX NWS radar in composite mode at 854AM EDT September 16, 2013.
I'm not sure why the composite mode forms that strange "ring effect" around the radar site at times (as it was clearly doing here). 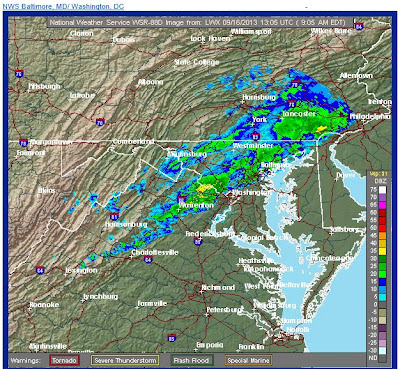 By contrast, here was the same radar in base reflectivity mode about 11 minutes later at 905AM EDT.
*******


As a follow-up to my weather-themed entry from last night, there was a bit of light rain this morning including 0.05" at KDCA, 0.03" at KBWI, and 0.06" at KIAD. Highs ranged from 73F at KIAD to 75F at KBWI to 77F at KDCA. Skies remained variably / mostly cloudy during the day. 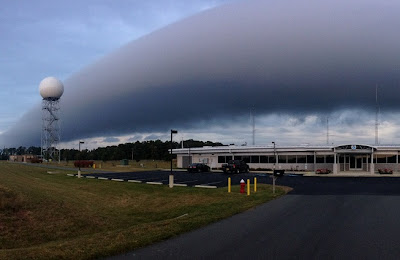 A portion of the roll cloud image from above as seen looking to the "left" (probably west/southwest) outside the Sterling LWX NWS Forecast Office, Sterling, Va., September 16, 2013.
*******


Capital Weather Gang posted an entry featuring an assortment of pictures of the roll / arcus cloud passing across the region this morning (I wasn't quite up at that point). It then posted another entry of the Sterling LWX photograph of the cloud (see link above). 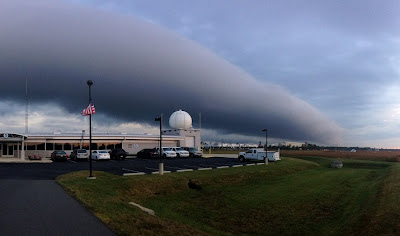 A portion of the roll cloud image from above as seen looking to the "right" (probably north/northeast) outside the Sterling LWX NWS Forecast Office, Sterling, Va., September 16, 2013.
*******


As for the Capital Weather Gang, it has been extra annoying in the past couple weeks with the never-ending string of adjectives about how the superb, terrific, amazing, never-been- better weather-in-the-history-of-Planet Earth the weather has been and promises to be through the rest of September and into October, and all the more so because APPARENTLY such stunning, incredible, delightful, amazing, it-must-be-a-dream-like weather has NEVER happened before in September and October and NEVER will again. 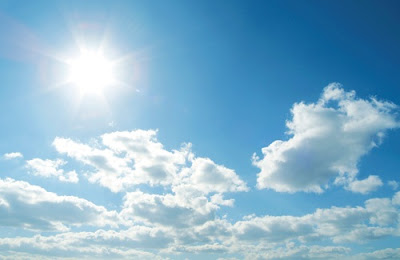 As of this blog entry, the most recent CWG post on this topic is here. As I noted in my comment (assuming it isn't removed) is mine: I suggest the CWG devise a song set to the theme of Paul Simon's "50 Ways to Leave Your Lover" with the substituted words "50 Ways for the Gang to Say Terrific Weather" -- to be sung, of course, by Ian himself.
We get it -- it's going to be flippin' sunny and pleasant again. And again. And again. And again. Until it gets hot. To be followed by early next week by the next wimpy frontal passage that ushers in, meh, nothing really. We don't really get "weather" in Washington, by which I mean interesting (NOT destructive) things. (To be clear, I'm not looking for violent / destructive weather -- but a variety, not just the endless parade of pretty much nothing followed by yet another disappointingly snowless winter. I want a climate more like coastal New England or the Canadian Maritime provinces.) 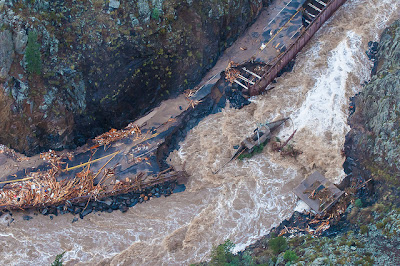 
On the destructive flip side, Colorado continues to endure tremendous flooding, esp. around the Boulder area with the death toll at 7 and hundreds reported as missing or stranded. Rainfall amounts were over 9" in Boulder in a 24-hour period last week and over 17" for the week -- which is a large fraction of the city's annual precipitation amount. It has had over 30" of precip year to date so it is already the wettest year on record. (I don't have the most up-to-date figures, nor do I know where or who runs this climate station. It does not appear to be a NWS one but instead may be one run by NCAR and/or UC -Boulder.) Anymore, more information is available here and here (yes, the latter is a CWG entry). 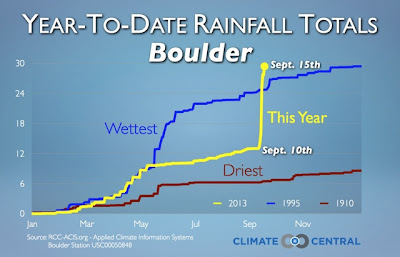 Boulder's current tremendous wets spell graphed out -- and compared to the driest and now-previously wettest years. This climate station has already surpassed the wettest year (with 3-1/2 months to go).
*******


OK, that's all for now. I do not intend to update this blog tomorrow night (I'm supposed to go to the rooftop deck of Beacon Bar & Grill with AP & Co.) but rather on Wednesday, Again, though, that update will be late (likely after midnight into Thursday) after I get back from the gym.
--Regulus
Posted by Regulus at 1:57 AM