Persistence of Anxiety -OR- Meet Me In Montana Dream World (Updated) 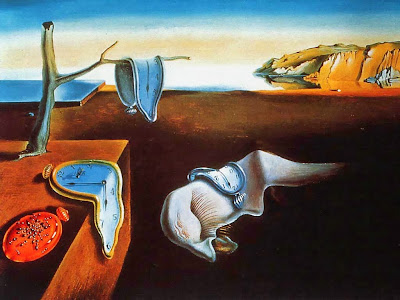 I'm sort of in an emotional vortex of worry and anxiety this Thursday mid-morning. I am in a great deal of anxiety for a variety of reasons.
First, the area around the extracted tooth (back molar) has been hurting since last night. There is a deep sensitivity and almost a strange numbness (as opposed to a sharp pain) but when I do something like chew, it actually can cause a headache to flare. I'm concerned there is something wrong in terms of nerves and other passage ways have been disturbed.
As for another periodontal infection, there is no sign of any swelling at all -- and, indeed, I don't see how it would happen in the way it was prior to the extraction of #14 with its bad root canal and because the "anaerobic cave" beneath that crown is now basically just a wind tunnel between the outside world and my sinuses. But who knows. I am considering calling Dr. Tsaknis's office for a follow-up visit.
The second worry is completely unrelated but also a big one -- the impending Federal Government shutdown and what that would mean for me as a Federal contractor. Here I am going to completely omit any political discussion -- rather, I refer the read to anything by Jonathan Chait including this morning's piece -- and rather focus on the financial impact this would have on me if I were furloughed without pay for an protracted period.
As a back up plan, I have already begun looking into taking a loan on my 401k (which at 50% maximum would allow me to borrow approx. $3,000 -- I don't have that much in it, only just under $6,000 (though that's $6,000 more than two years ago)). I know I spoke about that recently in reference to a cosmetic procedure -- as it is, that red blemish has waned over the past few days back to its usual slight pinkish-ness. But I don't want to do anything hasty yet. The next 11 days promises to be a total GOP shit-show on Capitol Hill.
I also have to finish a work assignment today and another tomorrow. In between this, I want to go to the gym (though I had a full regular workout last night), in part because I may not be able to go on Friday or Saturday.
Lastly, I find updating this blog also somewhat compulsive and have to find time to do it.
Oh, yes, and there is that matter of sleeping -- which, if I don't do at least 7 and preferably 8 hours a night, I have a hard time functioning. 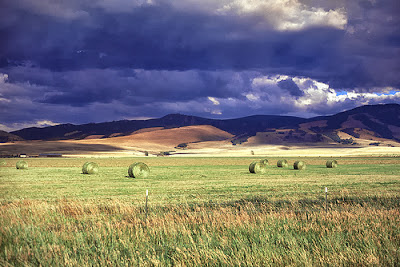 Speaking of sleep, I had a really complex dream this morning involving a trip to Boise, Idaho to see my father (I don't think he's ever been to Idaho; he lives in Flagler Beach, Fla., these days). Except in the dream I ended up somewhere in southern Montana and was walking east "toward" Boise -- that's quite wrong -- except I was really trying to head back to D.C. I was on some narrow, two-lane road in the middle of a rolling, vast, grassy emptiness and came into a tiny town at dusk where I found a place to stay. It was a town whose name started with a "B" -- as do so many in Montana, both medium-sized (Billings, Bozeman, and Butte) and fly-speck (Busby, Broadus, and Biddle). 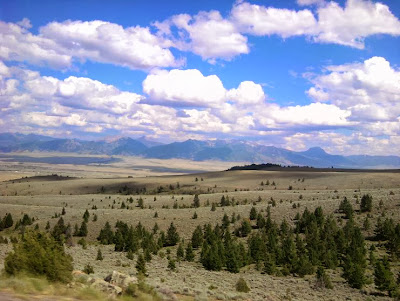 En route there, I jumped over a large tractor that was covered in hay bales and grass, nearly falling into a ravine (the tractor and its dangerous parts were sort of buried in the ravine and half covered by the grass). The woman mocked me for being from D.C. and said the road I was on would lead me back to L'Enfant Plaza. Oh, and I think I mentioned I was gay, which may not have gone over that well. Despite that, the town felt oddly safe compared to the journey that I had -- which I felt especially as I started out again on the road. 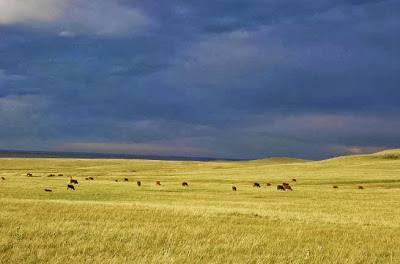 Just before I woke up, I noticed these dim butte-like shapes on the horizon that kind of looked like the desert landscape in the Road Runner / Wile E. Coyote cartoons, and I asked her about one of them, and she was pleased that I knew it was a type of butte*, except it sort of turned into a water tower -- at which point I woke up. 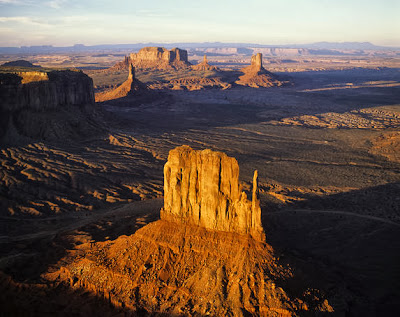 *Yes, I am aware that the butte landscape is in the American Desert Southwest as opposed to south-central Montana. And I also realize there is a town of "Butte" in Montana, though it doesn't really seem to have butte-like features around it, at least not like in Arizona or Utah.
OK, that's all for now. I'm presently home, and while I have the option of working from home, I should probably just go into the office as it gives better structure to the day.
I'm not even going to try to post any pictures to this entry.
Updated at 7PM EDT 9/21/2013: I just updated this entry to include the pictures (see above).
--Regulus
Posted by Regulus at 10:25 AM