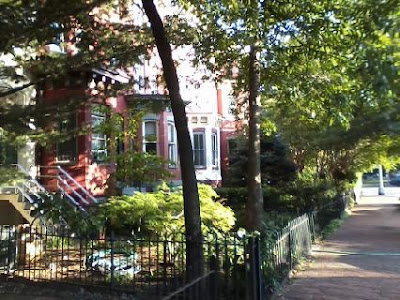 
So this evening / tonight ended up a nice one DESPITE the fact that the day started absurdly late and was sort of unpleasant.
For starters, I went to Town last night with Gary. It was sort of a fun time, except somehow I drank too much, and then had the most savage hangover with a dizzy feeling. (Indeed, I am of the suspicion that there may be something wrong with my health -- from something as simple as a nutritional imbalance to something as serious as a tumor, and I need to get a medical checkup, which because I have insurance the Demi-Paradise that is the United Corporate Oligarchical Over-class States of  America, I guess I can do.) 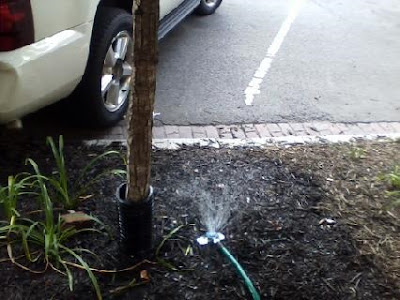 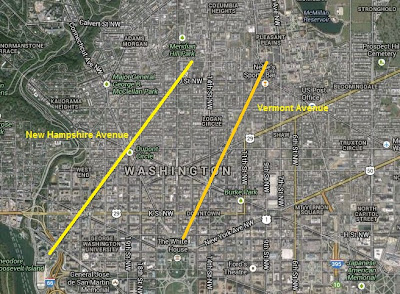 Vermont Avenue and New Hampshire Avenue are almost parallel through their mutual run on a SW-NE route (see map above with both avenues highlighted). Vermont Avenue connects Lafayette Park to Thomas Circle to Logan Circle to U Street (well, actually, Florida Avenue). New Hampshire Avenue (along which I live) connects the area around the Watergate / Kennedy Center to Washington Circle to Dupont Circle to another part of Florida Avenue and then starts back up again (outside the range of the above map) at (awful) Sherman Road and runs WAAAAY into suburban Maryland (nearly 30 miles) (as (Maryland Route 650) to near Triadelphia Reservoir on the just after intersecting Georgia Avenue (Maryland Route 97).
*******


I did not get up until nearly 5PM (!) after going to bed around 4AM. Worse, my apartment gets rather bright in the late afternoon because the blinds on the window are not thick enough to block out daylight, and even with the window a/c humming and box fan turned on, I had to go under the blankets to get the requisite darkness. I also had some fantastic dreams. 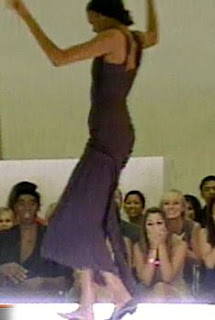 Anyway, I finally got up -- feeling horrible and with very little food in my dusty apartment -- and shaved / showered / got dressed. I then walked to Nellie's, where I was almost not allowed in by a new security guy because I was walking "wobbly."

Now it is quite possible I was walking wobbly -- I felt like sh!t and my thoughts were racing like crazy and I'm sure I looked just dreadful. 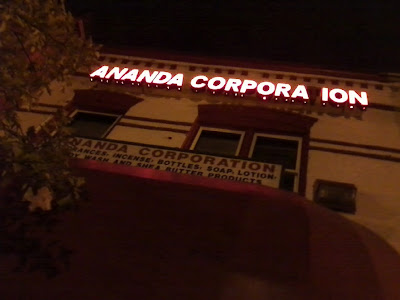 The nighttime illuminated sign for the mysterious Ananda Corporation along Florida Avenue by U Street NW with the "T" always out (though I think I recall it on one night), Washington, D.C., 12:58AM August 11, 2013.
I can actually see the "splinter" of this magenta / hot pink neon sign at night all the way from 16th and U Streets (about a half mile away) when there are no intervening car headlights, or they are blocked out.
*******


However, the place has gotten so popular with "the straights" that it is too mobbed and not very fun anymore on weekend nights. As for Sunday, the place is fully in mobbed gay bar mode. My main point, though, is that I never really have much fun there anymore.
The part that really bothered me is that one of the bartenders asked if I was OK. At that point, after telling him I was fine and about 15 minutes after I arrived, I simply quietly departed.
I then walked via Vermont Avenue -- it was so pleasant and quiet, at least for "inner D.C." -- to Logan Circle and thence to No. 9, where I ended up having a wonderful time. For starters, bartender A. working. He is a nicer, classier version of C/H, whose concept of sophisticated humor is repeated breaking of silent but nasty wind around his customers, and watching with silent glee as the odor overwhelms others. 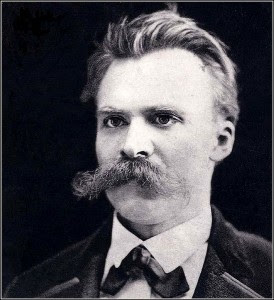 And he actually appreciated my attempt to describe this lengthy but excellent article about the unlikely Nietzschean origins of libertarian philosophy that I read on Saturday and that I've been pondering. In addition, I had a really wonderful conversation with a young man named Jake.


Thereafter, I got a salad with shrimp at Sweetgreen, and walked to Larry's Lounge, where it turned into an all-around fun night with Gary and Kristof and John and others (and even though Kristof and I really are not friends any longer). 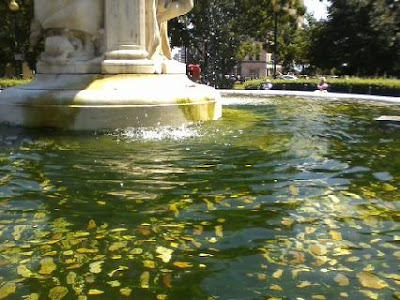 Dupont Circle fountain, Washington, D.C., 2:36PM August 4, 2013 (this was last Sunday).
Some years the fountain is so nasty that it has to be turned off. Other years it is surprisingly clean. This year it is sort of like a partially algae-filled lake.
*******


I feel better despite having had more liquor, if only because of the "hair of the dog that bit you" effect, but I also took some Advil and Tylenol and had a cup of coffee. I'm home how eating some food and watching reruns of The Golden Girls and about to go to bed. 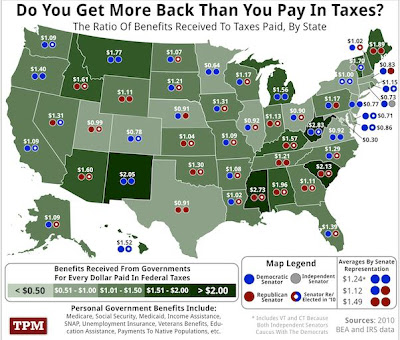 I will refrain from posting any political commentary for this entry, but I wanted to note this ignorant, racist garbage from Middle America at the big, corn-fed "MO" State Fair, where spectators reportedly howled and yowled with laughter, dumb-ass idiots. (Need more Federal taxpayer money, Missouri??) And I say this as someone who is profoundly disappointed in President Obama, most recently in the whole massive NSA internal spying.
In the meantime, here is Paul Krugman's Monday NY Times op-ed (a follow-up on a recent blog entry and follow up entry) about how economist Milton Friedman has become an "un-person" on the American Right. 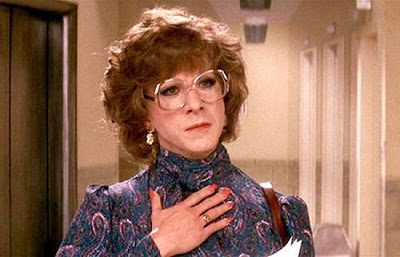 Lastly, I was going to watch the last of the "Screen on the Green" movies on Monday night (Tootsie) -- I've not seen any so far and I saw none last year -- but I'm thinking I should just go to the gym instead on Monday and Tuesday. I have a dinner date, of a sorts, on Wednesday night at Luigi's.
--Regulus