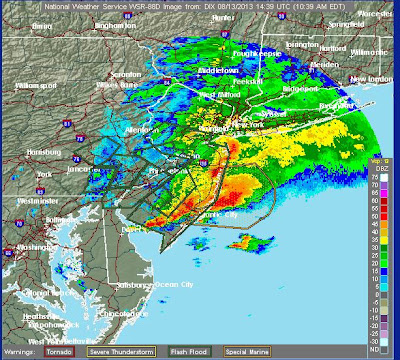 Fort Dix / Mount Holly (DIX) NWS radar in enhanced base reflectivity mode at 10:39AM EDT August 13, 2013 showing torrential rains across much of southern and central New Jersey. The green outlines are flash flood warnings as shown on the NWS radar.
*******


So once again I had intended a more sizable update including some pictures from the weekend before last of a walk that Gary and I took (not to mention the pictures from the second day in New Jersey waaaay back in January at my great Aunt Babe's 100th birthday party, plus perhaps some photos that Wendy took in India last December / January.
But instead let me just post a brief weather-themed update with some other odds and ends. 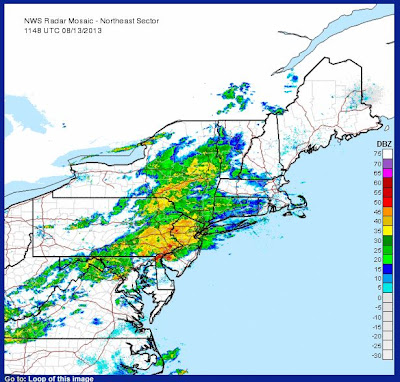 
For starters, a mesoscale low moving along a frontal boundary well in front of a more powerful (for August) front pushed through the region this morning, or rather, it moved through northeastern Maryland and eastern Pennsylvania into New Jersey with a deluge of rain. 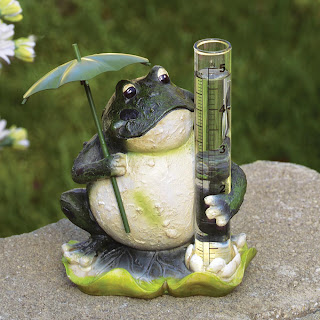 
Not only is this more double last year's total at this point (18.07 inches) but it is closing in on the annual average of 41.53 inches (I calculated this total from the PHI climo page).
Other places across southeastern Pennsylvania into New Jersey had between 1 and 3 inches of rainfall this morning. 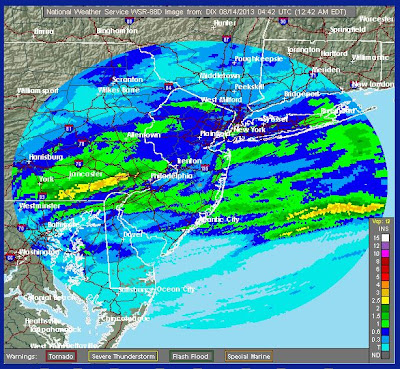 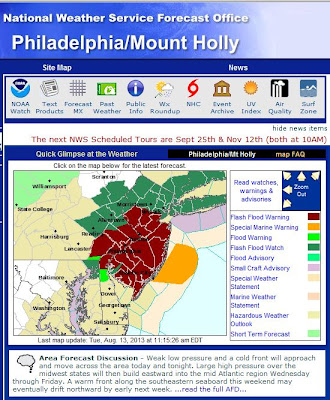 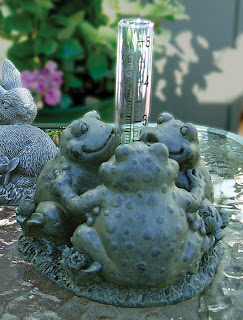 But the Washington and Baltimore areas had far less -- indeed, KDCA had only "trace" -- while KBWI had 0.31" and KIAD had 0.22" (and KDMH had 0.07"). While there was a brief downpour for perhaps 5 to 10 minutes around Dupont Circle / "midtown" D.C, less fell to the south including, as noted, basically zilch at KDCA 4 miles south. 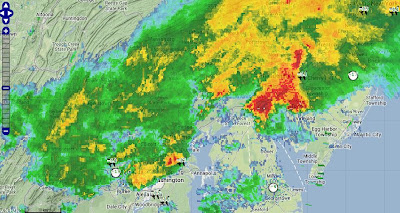 The NWS experimental enhanced data display of the radar centered on the mid-Atlantic region at 8:00AM EDT August 13, 2013. This new display is not quite ready for its rollout but it is much superior to the current display format.
*******


I was rather irritated by the fact everything missed us, esp. as I watched the day go by and the radar just empty out of anything (after some rainfall in central Virginia).
But then to my shock, this happened ... 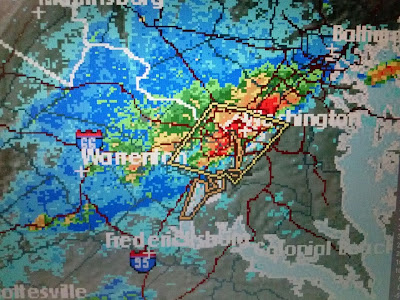 
... a cluster of t-storms formed around 8PM (I was at the gym) and blew across the immediate D.C. area with 0.44" falling officially at KDCA and 0.53" at KIAD (but only 0.02" at KBWI). In other years, the morning miss would have been followed by 2 weeks of hot, humid, smelly nothing. 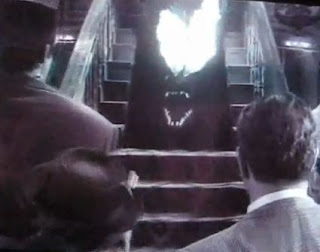 The Palka-cabra didn't get her way, as she would have in a "normal" non-weather D.C. year.

And here is the fully grown Palka-cabra ...


And here she is for her Fox 5 TV weathercast close-up ... 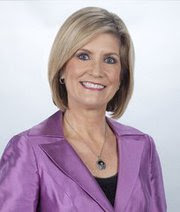 "And you know what, Morris? I'm really beginning to think that the weather will be great for the next five days. I'm forecasting only sunshine and highs in the 80s. Perfect."


Opinionating aside, let me say: No, it's not what you "think," Ms. Susie Q. Weather. It's what you read on the Sterling LWX NWS site and saw on the NWS model output webpages. You yourself (like most TV weathercasters) don't "forecast" anything. You read and parrot what you are given. (But I will say in her defense that at least she's not quoting to AccuWeather.)
Now a fairly sizable cold front (for August) is about to push through with cooler and much drier conditions with highs only around 80F. 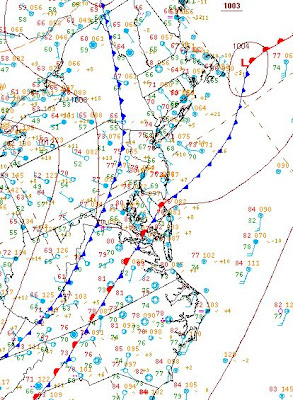 Left: The current (or rather 8PM EDT) high resolution surface weather map for the U.S. showing part of the Eastern Seaboard including the middle Atlantic region and Appalachian Mountains. The second cold front was about to push through the coastal plain / "Bos-Wash" megalopolis. The small (meso) low that push through just north of the area this morning is located near Nantucket.


I went to the gym tonight for the second night in a row with more or less the same regimen including 5+ miles on the treadmill, some weight-lifting, and swimming (for half hour tonight). The YMCA National Capital has an annual approx. 2 week shutdown every August, and it is supposed to occur this August but we are already nearly half way through the month with no notice yet of the shutdown.
I'm hoping the shutdown occurs so that the swimming pool can be drained and scrubbed out. With my goggles, I can see that the same litter has been down there for a week or more now and the water is looking a bit cloudy. Tonight I could see in the deep (10') end of my lane something that looked like a centipede, and that's exactly what it turned out to be -- a dead centipede on the bottom -- when I went down to look. Yuck. Centipedes are gross looking. 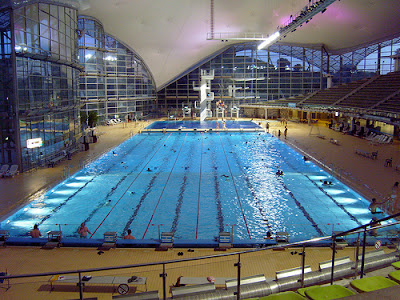 No, this is not the YMCA National Capital swimming pool. It's just a picture of an Olympic-sized swimming pool I'm posting to break up the text.
*******


As it is, I think this year we will be able to use the newly renovated Anthony Bowen YMCA center (assuming it actually opens on time).
Speaking of the bottom, I've estimated that there are approx. 450,000 to 500,000 small tiles on the pool bottom (excluding the pool walls and not taking into account the sloping bottom).
I just made some (really late night) dinner and I'm watching my usual TV shows. My stomach is a bit perturbed. I'm also worried about this potential dental / gum issue, though it sort of waned today. Concerning dental matters, I am going to change my dentist, and I cancelled my current ATM bank card with its 16 digit account number since I am worried about a big (as in $800 charge being posted for a treatment I did not have done (after verbally agreeing to it but then cancelling).
Actually, I'm not feeling that well today -- a bit fevered and quite exhausted.
OK, that's all for now. I probably won't post an entry tomorrow night. I'm supposed to meet Patrick for dinner at Luigi's tomorrow night.
--Regulus