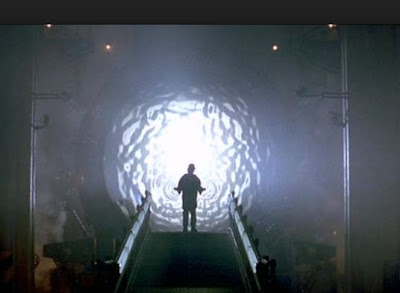 
As a preface, I simply have no pictures images for this entry. If that's a problem, well, I really don't care. Don't read the entry.
*******


Today was a really crappy day and I feel very depressed. I may get a negative evaluation at work precisely because two of the three high-profile assignments in the past few months turned out poorly, at least for my roles and in the view of the top boss. And now there is another one -- what I am calling generically the giant Hawaii report -- with a remaining 400+ files to edit by Tuesday on a timetable that is unworkable. True, the files are mostly 1 page each and it is primarily formatting, but still. I will in theory be wrapping this up (including working on the weekend) just as I get a letter stating what my raise for the next fiscal year will be and any bonus. Both may be zero.
I went to the gym again tonight but rather than feeling better, I felt worst -- and for a weird reason. I actually think I may have lost too much weight. I weighed 147 pounds -- down 36.5 pounds in the past 13 months on the big scale, and adjusting for some muscle mass gain, it is really closer to 40 pounds. Tonight, I didn't do much weight-lifting after the 5 mile jog. Instead, I got distracted by an airing of the first half hour of the original Stargate movie (close-captioned) aired on BBC America that was on one of the treadmill TV monitors.* Then I really couldn't do much of a swim -- not like the 26 back-and-forth laps on Sunday. I left early enough to go to Bua for a late dinner just before the place closed. I was really hungry. Now I'm home watching TV. (Right now, it's a Married, With Children rerun on Antenna TV. The Golden Girls is on later on Hallmark.) Of note, I really need a new window a/c unit, which I intend to buy on my next paycheck.
*I finally had to tune out All In with Chris Hayes (who I actually have seen enough times in passing around Kalorama and D.C. that he will acknowledge me). I have decided I just can't stand watching him or his news / opinion delivery. As it is, the media racial passion play in the wake of the Zimmerman verdict simply won't end with MSNBC in a sort of command-and-control PC-groupthink that, were in a Fox News / VRWC equivalent, would have the American left in disbelief. No alternative view or subtlety on this topic is permitted on "the left." Jesse Jackson was on his show the other night, except I can't even understand him when he talks -- it's a kind of strange flowing gibberish. Rachel Maddow is more tolerable, except for her abortion obsession. (The timing doesn't work out for seeing Lawrence O'Donnell, who is actually my favorite of that lineup.)
As you may know if you read this blog, I'm normally fairly leftwing (beyond normal American standards), except on this topic, I sound rightwing. Oh, well.
**Content removed 4/15/2014.**
Long story short, I'm just a nobody that will not amount to anything -- with the only SLIGHT possible alternative is if I write that one great novel. Yeah, right.
The weather has been disgustingly hot all week -- highs in the 94F to 98F range -- with high humidity (dew points 65F to 75F) but no flippin' rain / t-storms. I know the local media types embodied in the Palca-cabra creature like that.
That's all for now. I need to get to work a bit earlier than normal tomorrow, if only because I'm going to an event with Gary by 630PM at City View. It's something involving Team D.C. with Nellie's staff serving / bartending.
I am going to try to post one more entry tonight -- the second Patrick Smith piece. However, if I do not post it, then I will not update this blog until Friday night. Also, owing to the work assignment, it is unlikely I will be posting much before Tuesday.
I'm looking forward to my Jersey shore trip (to Wildwood via a night stopover in Rehomo Beach) with Gary, Larry, and Wendy later next month.
--Regulus
Posted by Regulus at 11:56 PM