Jukebox Saturday Night Entry: "Someone to Watch Over Me" and Other Serene Old Wishes

"Someone to Watch Over Me" by Lena Horne
Updated 7/27/2013: This is an altered version of the entry lead song. I originally had the awesome Billie Holiday version but the legal copyright corporate trolls who make YouTube worthless had it removed. If I find her version again, I'll repost it.
*******
This is my "Jukebox Saturday Night" entry in lieu of a Friday Night Musical Interlude.

I'm repeating three of the songs that I've previously posted including "Someone to Watch Over Me", "One Wish", and "Tangerine". I'm posting this a bit early tonight because I'm supposed to go with Andrea, Imara, and Jake to a small "chill" concert in Arlington.
I think the first song (above) is especially appropriate for me given Thursday night's doings. 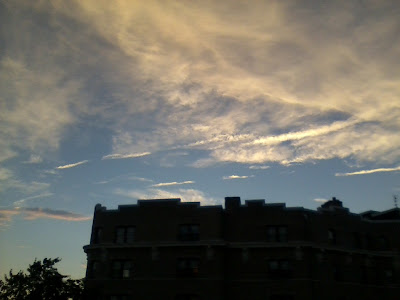 First, I realize that they have been increasingly intermittent in the past month because I've not been listening to music through my ear buds at work and so I'm not developing a list of potential songs to post.

Secondly, I should settle on whether I want my weekly musical interludes to be on Friday or Saturday nights.


Thirdly, there is always the issue of YouTube videos of the songs I post disappearing (part of the larger and growing Internet problem of "link rot," itself an aspect of the mostly-a-corporate-scam that is the Internet, especially with something like YouTube and everything basically a copyright violation).
******* 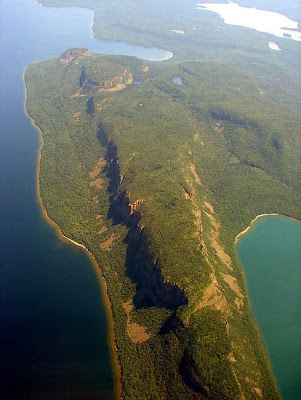 Above: Aerial view of a place I'd like to visit: Sleeping Giant Provincial Park on Lake Superior in Ontario. It looks something kind of awesome.
*******


What follows below is a basically a reposting of my Nov. 23, 2012 Friday Night Musical Interlude entry, but with a few minor tweaks, in particular a new YouTube version of "Tangerine" performed by Eliane Elias to replace the older version that disappeared with the YouTube link. (I also replaced it in the November entry. I've noted before that I fix old broken YouTube links without notice, and if that is not possible, I just remove them.)
I'm reposting these pieces because I really like mellow Big Band type song of "Tangerine" and the peaceful serenity captured in the jazz fusion instrumental "One Wish" by Hiroshima. To that this point, I'm still trying to regain my equilibrium from Thursday night's very bad episode. I'm still kind of shaken by it and expecting something bad to happen -- as in the police kicking down my door -- and the start of some Kafkaesque nightmare, D.C.-style.
The Jimmy Dorsey Orchestra performs "Tangerine" in the 1942 movie "The Fleet's In". Bob Eberly (who has a lovely crooner's voice) first sings and then the great Helen O'Connell appears at 2:00 to perform her famous rendition of this song.
The song was published in 1941, music by Victor Schertzinger and lyrics by Johnny Mercer. And it isn't too often you get the word "bourgeoisie" in a song. The only song I can think of that contains it is is Madonna's "Music".
Here is a lovely sultry version by Eliane Elias from her album "Dreamer" (2004).
#######

Hiroshima's "One Wish"
I really love this piece. I posted this video almost 3 years ago in this entry along with some image stills from it showing beautiful and peaceful Japanese garden and/or park.
#######


OK, I think that's all for now. I was going to go to the gym, but I am thinking I should purchase a new belt and wallet. I don't have a lot of time as I'm meeting Andrea and Imara around 730PM. As it is, I have an old wallet that I'm using for the time being. As for tomorrow, I think Wendy and I are going to lunch in Friendship Heights and then take a walk through Spring Valley. 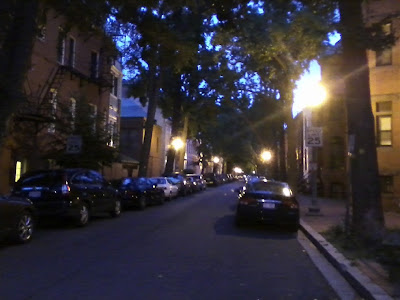 
My next planned update will not be until at least Monday night, possibly Tuesday night.
--Regulus
Posted by Regulus at 5:20 PM