"At the Jazz Band Ball" as performed by Leon Bismark "Bix" Beiderbecke and His Gang (1927)
In the same spirit, here is another Bix Beiderbecke piece ...
"There'll Come a Time" (1928) (performed, I think, with Frankie Trumbauer) 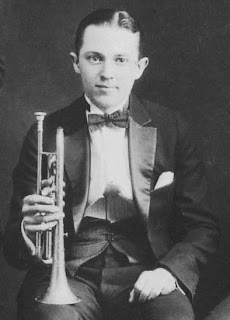 This second video shows some images from his far-too-short life, as well as other 1920s images. (Yes, there's a brief glimpse of a topless lady in it -- just deal with it.) Poor Bix Beiderbecke ... So much wonderful talent, yet such a terribly brief and tragic life.

"I Love the Nightlife" by Alicia Bridges (1978)
Yes, I realize this song was redone, in a manner of speaking and most famously in the 1994 movie The Adventures of Priscilla, Queen of the Desert. That was a bizarre movie. The actor Hugo Weaving in this movie was also Agent Smith in The Matrix. Oh, yes, I also realize that in this video version I posted, the audio is totally out of sync with her singing -- sort of like in an old Bruce Lee Kung Fu movie.
*******


And we'll end with an upbeat smooth jazz piece (the silhouetted still figure on a deep blue background in the YouTube video notwithstanding)...
"After the Storm" by Norman Brown (1994)
*******


Okay, that's all for now. My next planned update will be either Monday or Tuesday night.
--Regulus
Posted by Regulus at 7:25 PM