This entry is my quick update. I intend to post a second entry (after midnight) as well, and then not post anything until Wednesday night (early Thursday).
I skipped the gym tonight after two consecutive days of going on Saturday and Sunday -- including 5 mile jogs, a decent weight-lifting (on Sunday), and a half hour and 45-minute swim, respectively, with 26 laps (i.e., 52 back and forth swims), though obviously not continuously. My weight yesterday was 149.5 pounds, so I was within a pound of my low since I restarted the gym a little over a year ago and down about 35 pounds (probably more like 38 pounds of fat since I've put on a bit of muscle mass). All in all, it's still good. My ideal weight would be about 140 pounds -- i.e., getting rid of that last bit of 40-something midsection flab -- but it gets really difficult. I'd probably have to give up drinking outright for that.
Hmmm. 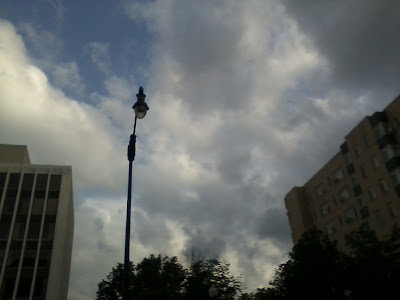 
Instead, this evening I met Wendy at No. 9 for a drink, and we had one of our wonderful conversations about all kinds of stuff. Bartender Aaron was working. I'll go to the gym tomorrow and Wednesday. Then I'm supposed to go to an event with Gary at City View. 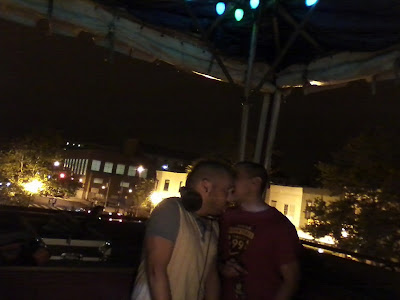 
As for last night, well, it started out a quiet Sunday at Larry's Lounge but soon expanded into one of Those Nights as the whole cavalcade from Gary to Kristof to Jamie and others showed up. Bartender Chris H. and his colleague Joey -- from the D.C. 17th Street world -- showed up with their dogs, Chris with his puppy puggle "Brady" and Joey with his little Boston terrier "Bouncer." I had four glasses of red wine, and that was a little too much. I was late to work, but overall it was still a productive day assembling the chapters of the big Hawaii report which I've been working on collaboratively with some colleagues.
As it is, I guess I should JUST stick to my usual vodka soda drinks with a lemon and splash of lime juice. I seem to be able to handle several of those. 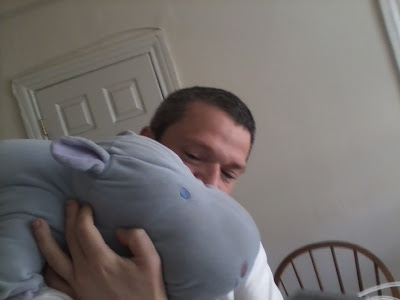 My powder blue plush little hippo in the apartment on Sunday. Oh, Flippo, you are the goodest, the bestest, and the plushest little hippo. As I wrote some time ago (and to the "Friendship (Blendship)" song from the musical Anything Goes):
"He's Flippo! / Flippo! / Just the perfect little hippo! / When other hippos are off in the brush, / Mine is here and plush! / Little tail, little tail, spin, spin, spin!"
(I'm writing another one to Flippo to the tune of Kajagoogoo's "Too Shy.") 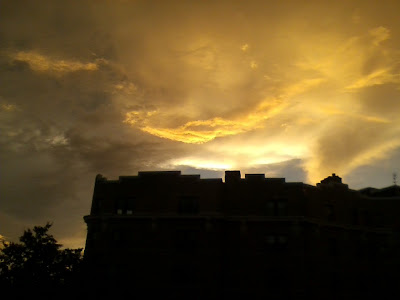 Tufts of cirrus clouds mixed with cirrostratus and maybe altostratus brilliantly reflecting the light of the setting Sun, while lower cumulus clouds move in shadows, as seen over the nearly silhouetted Brittany from my 5th floor apartment, Washington, D.C., 8:30PM July 13, 2013.
*******


Suddenly, Middle Summer ...
The weather was quite hot today with KDCA reaching 96F, KBWI reaching 95F, KIAD reaching 93F, and 97F at KDMH. This made it the hottest day of the summer so far at all four regional civilian climate stations. Dew points were around 70F, so it was felt really hot and humid. In addition, the Bermuda high has retrograded overhead from the western Atlantic, squashing precipitation chances along the Eastern Seaboard.


The good news is that it is not supposed to remain horribly hot for weeks on end and instead the pattern should break by late week as an upper level trough replaces the Bermuda ridge. As it is, there is a heat advisory in effect for the immediate D.C. and Baltimore areas for tomorrow. Air temps could reach 96F to 98F for highs over the next few days with heat indices reaching 105F. 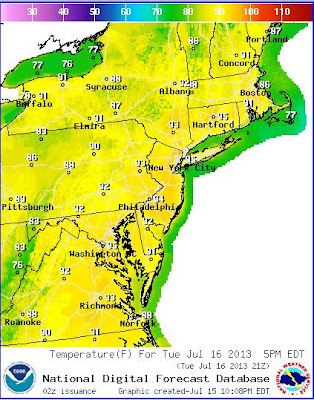 The NWS digital forecast for 5PM EDT July 16, 2013 temperatures over the Eastern U.S. including the mid-Atlantic region.
As for summer, today and tomorrow (July 15th and 16th) is the mid-point of climatological summer.
Of note, it has been quite hot in parts of Europe and the British Isles with temperatures in London reaching about 85F.
******* 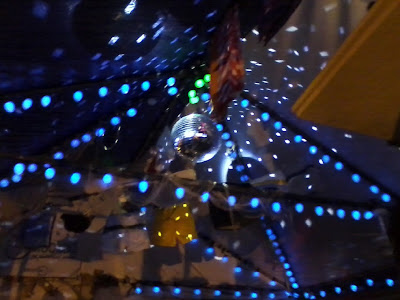 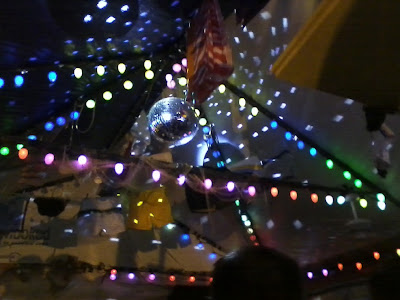 The same set of lights shifted a different set of colors 3 minutes later.
*******


I'm not really going to delve into the George Zimmerman verdict (not guilty all around) in the killing of Trayvon Martin, and the big racial passion play now playing out in the American media. I will say that given the timing of the verdict announcement -- around midnight on Saturday (Sunday) -- when U Street was mobbed in its usual way, I'm surprised there wasn't trouble. I actually did not make it to Nellie's on Saturday but instead was at No. 9 with Gary. 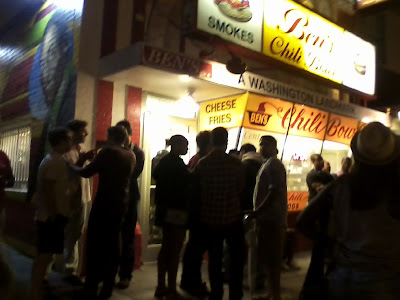 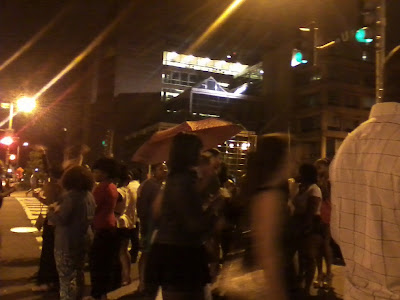 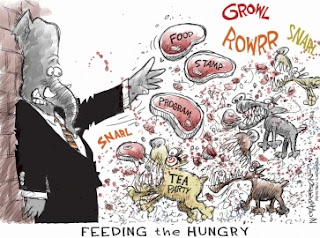 I want to link to this excellent piece "Hunger Games, U.S.A." by Paul Krugman -- part of his regular Monday and Friday New York Times op-ed and not to be confused with his regular blog entries, ALL of which should be among your must-reads -- on the pathological savagery of the GOP Teabaggers in Congress concerning their efforts essentially to abolish the Supplemental Nutrition Assistance Program (SNAP or "food stamps"). 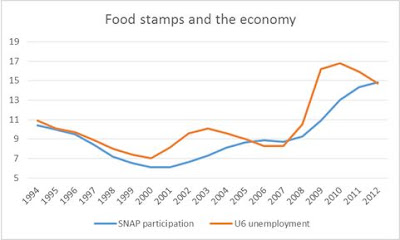 
"What is it about, then? Somehow, one of our nation’s two great parties has become infected by an almost pathological meanspiritedness, a contempt for what CNBC's Rick Santelli, in the famous rant that launched the Tea Party, called 'losers.' If you’re an American, and you're down on your luck, these people don't want to help; they want to give you an extra kick. I don’t fully understand it, but it’s a terrible thing to behold."
*******


OK, that's all for now. I am going to try to post one more entry tonight but a thematic one.
--Regulus
Posted by Regulus at 11:49 PM