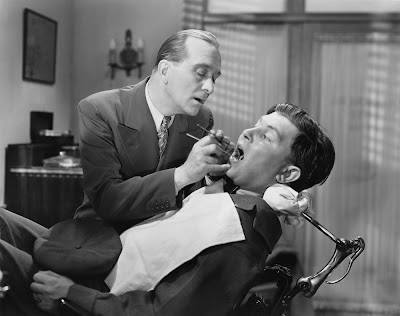 I'm updating this blog after work while still at the office as I do not want to take my computer home. It is having fan issues, as in the fan inside it has been malfunctioning and it overheats. I have a loaner one to use for the time being but I've opted not to take it home either.

My update is to note that I suddenly developed an all-too-familiar problem in my life: DENTAL ISSUES involving my old crowns.

I  really do not like having to post the picture of this hapless little guy with a toothache.

In this case, an irritation and/or infection developed deep in the gums above tooth #14 and #15 -- indeed, on the whole upper left side.


As background, tooth #14 is the one that was crowned back in 2002 (one of three crowns I had done back in 2002 and 2003, and none of which were originally preceded by a root canal) that subsequently became re-infected in October 2010 and required a root canal and a re-crowning -- first a temporary one that itself (because I wore it too long, in turn owing to money issues) began to develop an infection in April 2011 and then (a week or two later, once I got paid) and I promptly removed it (the temp was only on weakly) and finally a permanent one was put on (I can't actually find the entry for that). 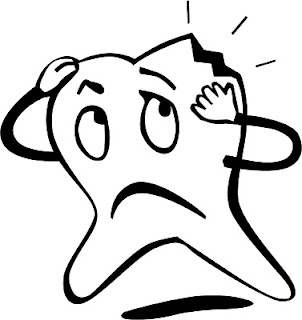 Anyway, I started feeling pain in it right after I posted my previous entry and had eaten a late dinner). It bothered me enough that I made on Monday a dental appt. for Wednesday. However, this morning I woke up and it hurt and there was some swelling.


Instantly, I was taken back to the nightmare abscess and hideous disfiguration  in February 2000 when I nearly died alone in that flippin' upstairs room at 7306 Princeton Avenue in College Park, Md.
I called the dentist and was able to move it up. I also had my UHC flexible spending account card -- otherwise, I would have had to wait until tomorrow 'cuz I'm almost flat broke until I get paid.
I made it to the dental office just south of Dupont Circle by 940AM and was quickly seen. At first I feared a reinfection under an existing crown, but I had forgotten it was in fact tooth #14 that had the issue two years ago. Initially, there was some confusion as to what tooth was causing the problem, but after a series of X-rays and discussion / second opinion by the younger dentist in the office, it was decided that there was a cavity on tooth #15 and a food trap between it and #14 that was causing irritation. I had my teeth cleaned -- and a gum inspection performed, at which time it was decided I have periodontal disease - and then the actual cavity filling. I was also put on antibiotics. 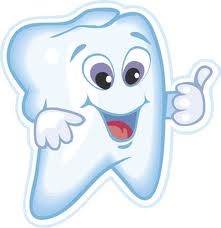 At this point, there is still some very minor swelling, but I notice it. In addition, I can still feel some pain well inside the gum. But I don't THINK it is getting worse (if so, I'm going to have to have more serious procedure involving yet another root canal on tooth #15 or perhaps a re-re-drilling of the crown on #14). In the meantime, I arranged to have a periodontal treatment (for $1,700 that I'll pay over there months).


I have rather good oral hygiene including regular brushing and flossing, but I'm living with the aftermath of dental sins from my teenage years and 20s. More than anything, I hate these abscesses and disfigurations.
I didn't get into work until about 1:15PM.  I managed to have a nice lunch at Corner Bakery at 19th and L Streets NW, though I'm just chewing on one side for the time being.
So that's my update for now.  Sigh.