"... Told by an idiot, full of sound and fury, Signifying nothing" -OR- It was just a small sort of D.C. derecho, dear 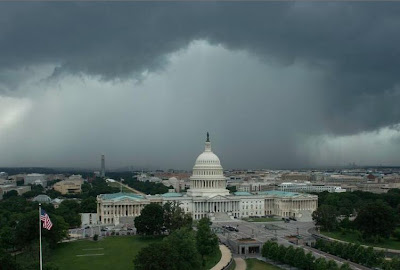 The view from the top of the Library of Congress Jefferson Building looking to the west toward the U.S. Capitol Building and down the Mall with the scaffolding-covered Washington Monument also visible as well as downtown D.C. as the storm (with torrential downpours) approached around 4PM, June 13, 2013.
A SECOND and more dramatic looking layer of scaffolding is being erected to encase the Monument to fix it of its Aug. 2011 earthquake damage.
*******


OK, there are a few things I want to talk about but I'm going to refrain INCLUDING the non-"derecho" MCS event today in the D.C. area. Basically, the dynamics, instability parameters, and timing were all off. However, the Huffington Post has a summary article with some very nice pictures. In addition, I actually took some pictures of one of the very same cloud structures around 410PM. 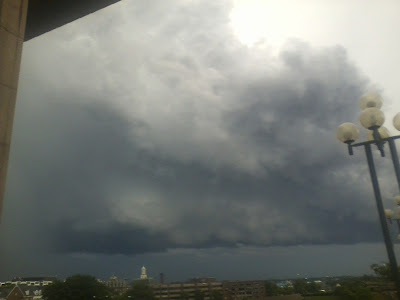 A massive towering cumulus / cumulus congestus or maybe just outright cumulonimbus cloud "front" that swept across D.C. as it was already located to the southeast, 4:15PM June 13, 2013. I took this picture.
*******


I should note that KBWI had a big thunderstorm with 1.30" of rain in two events and KIAD had 0.31" while KDCA "officially" only 0.02". KDCA has returned to its normal ways. This means that the annual "surplus" KDCA developed is likely to vanish quite quickly. 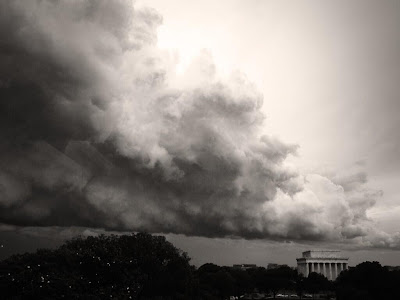 Here is another picture of aforementioned cloud as seen with the Lincoln Memorial in the foreground, around 4PM, June 13, 2013, source here.
******* 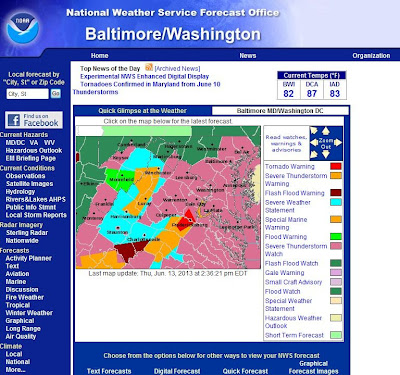 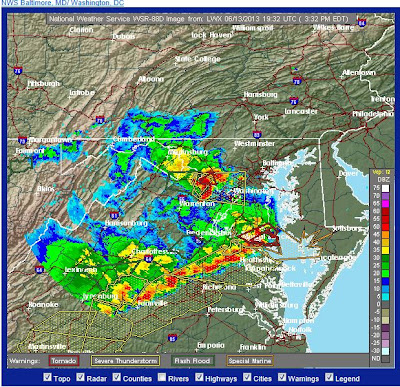 
Please read this outstanding Friday NYT op ed "Sympathy for the Luddites" by the great Paul Krugman. Long story short, the quasi-fascistic corporate oligarchs (sorry, NSA eaves-droppers in your terror-mongering private contractor "monstrous infinity," I meant to say the "hero 'job creator' capitalists") -- those who have ruined Planet Earth and its biosphere, and damaged Human Civilization, and thus the evolution of the species -- have created a "higher education" scam in America that in the year 2013 exists solely to create an ever-expanding class of indentured servants who are purchasing a "product" (or service) -- a college degree, even a graduate one -- of ever more dubious value. It is one that is at once the bare minimum needed for the typical would-be office cubicle worker to avoid a life of total poverty but simultaneously a vehicle to no where. Nice job, America.
Prof. Krugman doesn't go into all that -- he focuses on the decreasing value of higher education for workers who as recently as the 1990s were supposd to be part of the new informatin elite economy, who would thrive while the working class fell ever farther behind. Still, though, that's how I see the larger point. 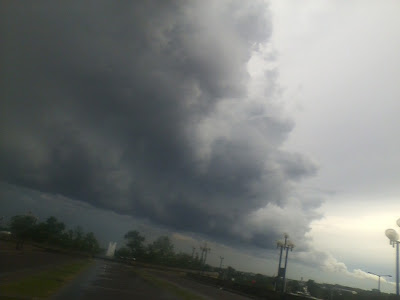 Yet another picture of aforementioned giant cloud -- as seen looking south along L'Enfant Promenade toward the fountain in Benjamin Banneker Park -- at 4:12PM June 13, 2013.
*******

OK, that's all for now. I'm going to bed now. I went to Larry's Lounge where I met Gary, Kristof, and John, and had an invigorating political conversation with a young Danish man who is a flight attendant for SAS. 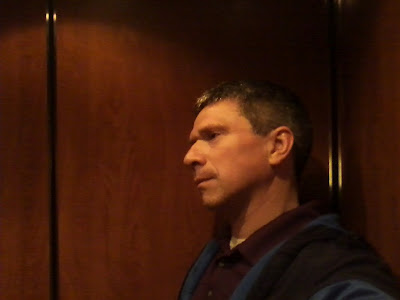 
My next planned entry will be Friday evening (my Friday Night Musical Interlude). I've got about 70 pictures in a backlog of at least five entries to post. I really should have a moratorium on "new" entries and just complete the ones I've not yet finished.
--Regulus
Posted by Regulus at 1:57 AM