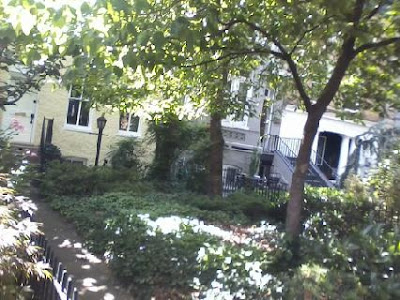 
I saw him at Nellie's tonight, and (in a very unlikely way at the very end of the night, as I was stumbling down the stairs, and he by pure happenstance just happened to be next to me) I told him that I could be a very good friend to him but nothing more (even if that's not exactly how I feel). He's just so pretty. This is his infrequently updated and thematic blog. I know that because he told me about it once when we talked about a month ago at No. 9.
To be clear, nothing will or can come of this. Alas, but as they say in the UK, that's neither here nor there . 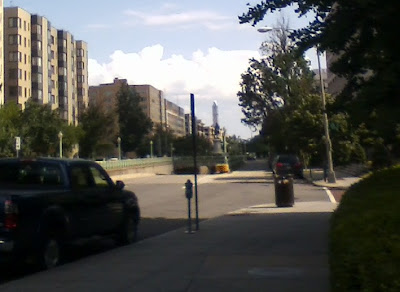 16th Street looking south toward Scott Circle with the Washington Monument (kinda) visible in the distance and towering cumulus clouds about 15 miles south of it, 4:20PM June 1, 2013.
*******
Oh, yes, tonight went very well. I had an absolutely wonderful time at Old Ebbitt Grill with Gary and Wendy. It was a belated birthday dinner for Wendy, whose actual birthday was on May 27th. We sat at the Old Bar and were first served by a bartender named Chris and later by the regular bartender Larry, both of whom provided diligent, prompt, and friendly service. Larry has served me a number of times on previous times I've gone there. (Of note, Larry had a very small button affixed to his white button-down shirt in the shape of cow with an American flag design BUT he was wearing it upside down I think I know what that means about his politics. Sigh.) 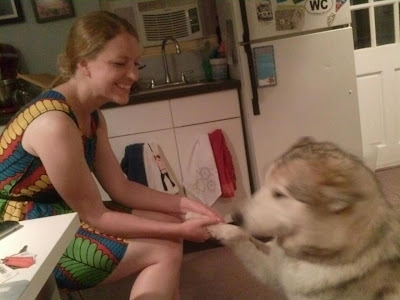 
Thereafter, I went to No. 9 for a drink (Gary dropped me off nearby) and then I walked to Nellie's. I had a nice time. The main pics are from that walk and being at Nellie's. 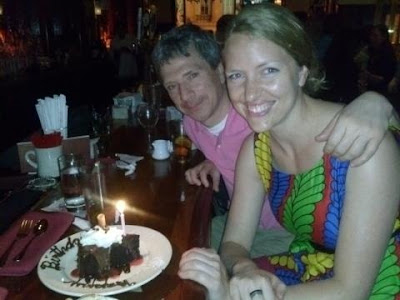 
OK, that's all for now. I will try to update this blog tomorrow evening. Oh, yes, I would like to post a few more pictures that I took tongiht in unusual spots / unusual images. 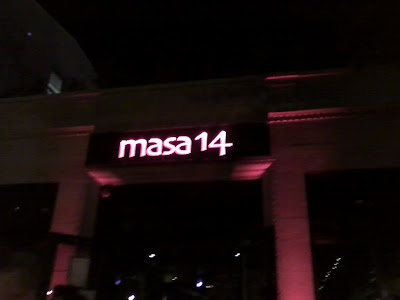 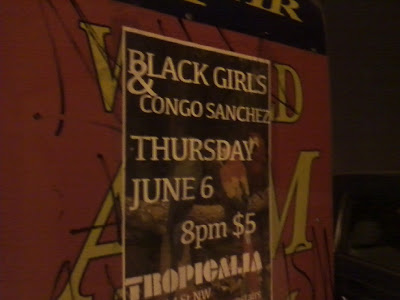 
OK, that's all for now. I'm going to bed. I will try to post an update tomorrow (or rather, later today, Sunday). If not, it will be on Monday night (i.e., the wee hours of Tuesday morning).
Oh, wait, I meant to post this ...

This is undoubtedly THE BEST sci-fi alien encounter scene ever in a film -- in what is still to this day MY FAVORITE movie, Close Encounters of the Third Kind.
A few points ... One, there is a definite The Wizard of Oz / Middle Americana feel to this whole scene ... Two, it was never clear why the aliens wanted Barry, esp. since they immediately brought him back ... And, third, for what it's worth, Barry himself "wanted" to see the aliens, so they weren't really abducting him per se.
Oh, and here is the ending scene ...

God, I love this movie. And the giant organ pipe-tone scene starting at 5:15 gets me all tingly all over: "Taking over this conversation - NOW!"
--Regulus
Posted by Regulus at 4:14 AM