Jazz tenor saxophonist Ben Webster performs (with accompaniment) a wonderful version of the 1937 song "Where Are You?" on his Soulville release (1957).
*******


This is my Friday Night Musical Interlude along with a brief update.
"Listen to the Music" by the Doobie Brothers, Toulouse Street release, 1972
This is a 1975 video and looks every bit of it. Sorry for the scrolling Japanese at the bottom at the beginning.
*******


I just finished my laundry, made and ate dinner (and did the dishes), and thoroughly revised this entry. I revised the entry for reasons I do not particularly want to delve into in this public forum. 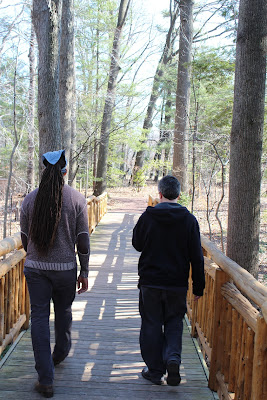 I will say that it is probably very nearly time for me to drop outright and for good the entire MH topic and everything and everyone associated with it. I think at this point the best thing is to leave the subject in the past with all the feelings and drama. True, I never actually left D.C. and started anew elsewhere, but now it is kind of immaterial.


Above: Photograph of Imara and me at the National Arboretum here in Washington, D.C., April 6, 2013 and that I wrote about in this entry. This was one of the pictures that Jake took with his excellent camera, but he only sent them to me this past week.
******* 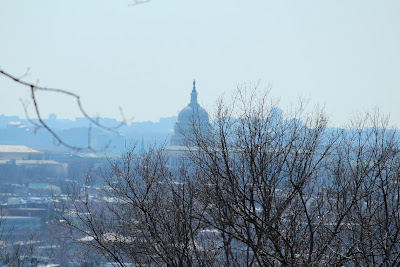 The view of the dome of the U.S. Capitol Building as seen from the top of the forested hill called "Mount Hamilton" in the National Arboretum about 3 miles away on April 6, 2013.
The trees actually bloomed "on time" this year rather than day / weeks ahead of schedule thanks to the lack of the now-usual excessive warmth -- hence they were bare in early April.
*******

Lastly ... somehow this is appropriate ...

"If I Ever Lose My Faith in You" by Sting on his Ten Summoner's Tales release (1993)
I love the video, too, as it plays on Medieval English and Church imagery and Arthurian tales.
*******


OK, that's all for now. I do intend to update this blog over the weekend, although I really would like to try to catch up on the backlog of entries / pictures I have.
--Regulus
Posted by Regulus at 10:35 PM