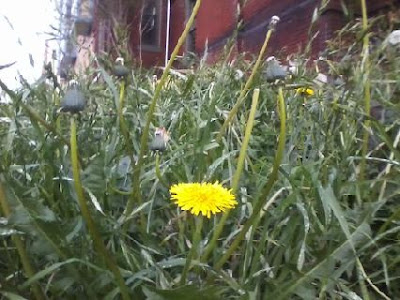 A fine wine dandelion* (!) growing in the small grassy "yard" along 15th Street between Massachusetts and Rhode Island Avenues NW, Washington, D.C., 7:59PM May 1, 2013.
*With apologies to the late, great Ray Bradbury for both the blog entry title and caption.


I was going to post a new entry but it is already the 130AM hour, and I am so tired after a day at work and then a good gym workout (comparable to the Monday and Tuesday ones). Tonight, I updated this blog entry -- prompted by reasons I plan to explain in a subsequent entry. I intend to post a Friday night musical interlude.
This should be a normal / regular D.C. weekend for me, but next weekend I am supposed to go with Andrea & Co. on a weekend camping trip to western Maryland (near Hancock). I have to get a sleeping bag this weekend since (surprise) I don't have one. 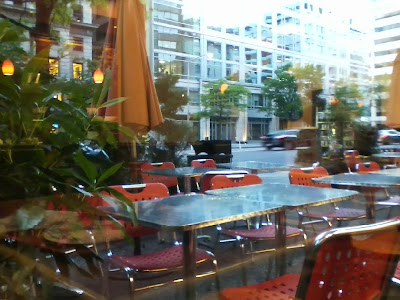 
The weather remains a bit anomalous with a maritime polar high off New England nosing down the U.S. Eastern Seaboard while an unseasonably cold cutoff low with surface reflection slowly spins over the mid-Mississippi River valley. It has brought late season snowfall to the Upper Midwest into the central and northern Great Plains (having cleared the Rockies) while ahead of it rainfall is streaming south-to-north into Missouri, Illinois, and Iowa.


Highs reached 68F at KDCA, 67F at KBWI, and 69F at KIAD -- all 3 to 4F below normal highs -- with dew points mostly in the 42F to 46F range. There were low stratus clouds this morning but it soon cleared up with cloudless spectacularly cerulean (or is it azure?) blue skies. Unfortunately, we really need some additional rainfall.


The upper level low may slowly spiral toward the Ohio River valley and toward the Eastern Seaboard by Tuesday as the high finally recedes. In the meantime, though, there is already a coastal / backdoor front that at the 2AM hour is over New Jersey and may make it to the D.C. doorstep with stratus clouds by dawn. 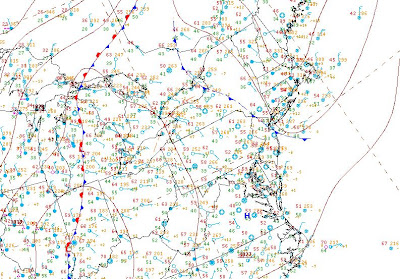 
And another vorticity lobe may move down the coast (southward) on the backside of an upper level low located in the western Atlantic. There is a fairly dramatic Omega-block pattern in place now across North America.
The cirrus shield from the central US low is already overspreading the area, but the block pattern is still in place. 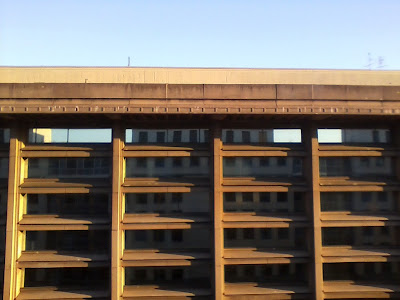 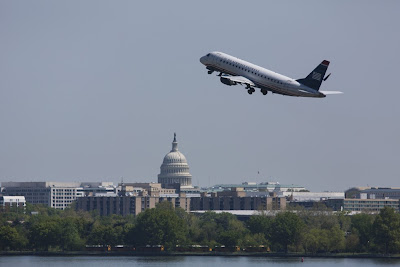 A jet take off from Reagan National Airport with the U.S. Capitol Building prominently visible along with other buildings and structures while in the nearer-in foreground are seen the Potomac River and East Potomac Park. I got this picture from the above CWG link.
--Regulus
Posted by Regulus at 2:40 AM