This is my Friday night musical interlude (FINALLY!).
Updated 835PM 6/1/2013: I am adding another picture I took at Larry's Lounge and swapping the order of the two. Otherwise, everything is the same. My day today (Saturday) was fine. I made it to the gym and had a decent jog and swim. I'm going to Old Ebbitt Grill tonight with Gary and Wendy in a belated birthday dinner for Wendy. I plan to post a new entry tomorrow. End of update. 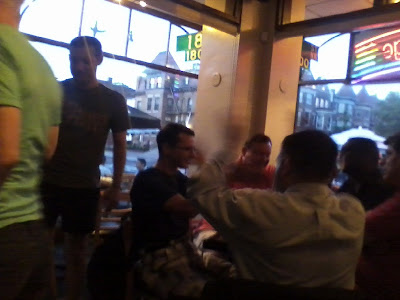 Earlier, I went to Larry's Lounge -- even though I am loathe to break my routine, especially on a Friday night and to "go out early" before I've had time to do my usual Friday evening ablutions. However, I wanted to see Kristof. We had an ... OK ... time, the highlight of which was talking about what the findings in this article mean. And then LL began to fill up with all these 17th Street / JRs / Cobalt-like gay boys and you could feel the narcissism, cattiness, hatefulness, and vacuousness. 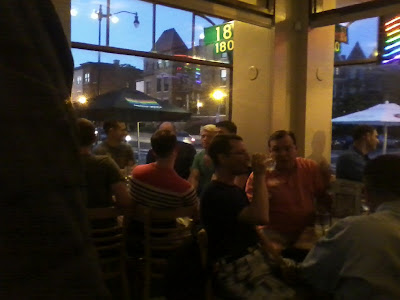 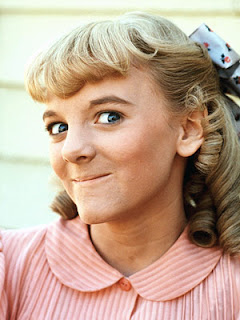 I'm going out again in a little while, but I think to Nellie's.

Speaking of Nellie's, actress Alison Arngrim is scheduled to do a book signing on June 11th. She is famous, of course, for playing Nellie Oleson on the TV series Little House on the Prairie. Her book is Confessions of a Prairie Bitch.

I think I may just go to that.


Earlier at work, I received some good news from Sallie Mae, the Mystery Corporate-Wh0re Babylon that is now servicing my gargantuan Direct Loans student loan debt until the End of Time. My Title IV mandatory forbearance (due to excessive student loan debt) was approved without a hitch, so I'm good for another 12 months AND I still preserve my one remaining year of general forbearance. (In theory, you get up to 3 years of this kind of title IV forbearance).
As for my work week, it was OK. My initial (not yet finalized) annual performance evaluation was actually quite good.
*******


Some good reads, two by Jonathan Chait and two by Paul Krugman (links embedded in titles):

From the Mouths of Babes (NY Times Friday op-ed)


And now for something a little more Friday night upbeat ...


This "official video" is surprisingly homoerotic in some ways, though my guess is they were just having some straight fraternity boy-like fun with it.
*******


OK, that's all for now. I'm heading out now. I intend to update this blog at least once this weekend.
Oh, yes, t-storms are forecasted on Sunday evening and cooler and pleasant weather (highs around 77F) next week. No mega-Berumuda - Azores ridges of death are showing any signs of setting up shop in the WRONG position.
--Regulus
Posted by Regulus at 10:34 PM