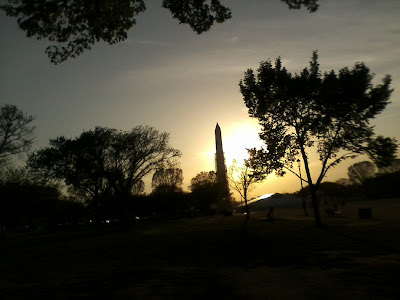 The Washington Monument partially sheathed in scaffolding and other nearby trees as seen silhouetted near sunset, Washington, D.C., 7:01PM April 16, 2013.
*******


Note 1:58AM 4/18/2013: This blog entry really wasn't the one I intended to write, but it's too late at night to redo it.
I'm home watching TV after going to the gym (plus a quick side jaunt to No. 9 and then grocery shopping and trundling my groceries and my backpack home). Please see previous entry for corrected Monday night weight -- it was 156.5 pounds, not 157.5 pounds. I did not weigh myself tonight. 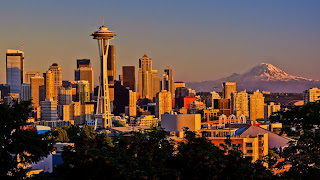 At this precise moment, I'm watching the two-part finale episode "Goodnight, Seattle" of the series Frasier.


(Updated 12:42AM 6/6/2014 with a slight revision to this paragraph.) It was aired in two parts on May 13, 2004. That was a very bad time for me -- and just ten days before a certain episode involving MH that really ruined everything for me for a long time. That period is forever an emotionally scarring one (and it's odd since I don't even like him anymore).
Anyway, the closing soliloquy quoting (excerpting) from the Alfred Lord Tennyson poem Ulysses is the best. 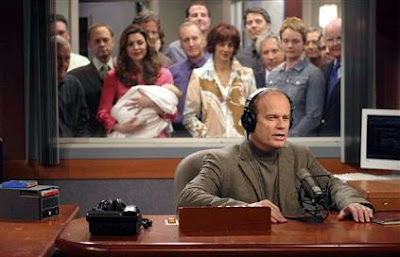 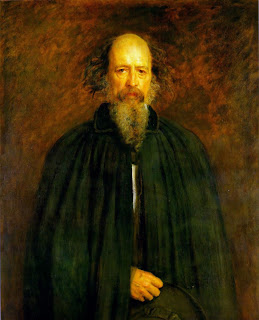 It may be we shall touch the Happy Isles,
And though we are not now that strength which in old days
Moved earth and heaven, that which we are, we are --
Made weak by time and fate, but strong in will;
To strive, to seek, to find, and not to yield."


What's intentionally confusing about the episode is that he does NOT go to San Francisco for his new job but rather to Chicago to be with his girlfriend Charlotte.
The funniest scene is probably in part 1 when Daphne's Mancunian hooligan brothers -- the funniest being Simon -- show up and announce they've crashed at Niles' place. He asks them how they get in without a key, whereupon they burst out laughing.
There follows reruns of The Golden Girls on Hallmark. 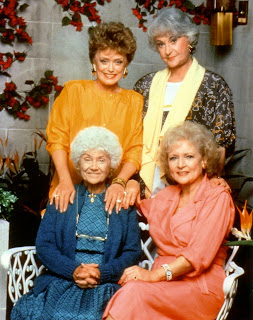 As for The Golden Girls, Gary and I have worked it out that the Miami and the reality where "the girls" live is actually a somewhat different one from our reality where -- among other things -- it can get cold after a hurricane in South Florida; Miami and Brooklyn look similar in places; and time and reality itself sort of shifts around so that it is never clear how many years three of them have been widowed or how many children they have. 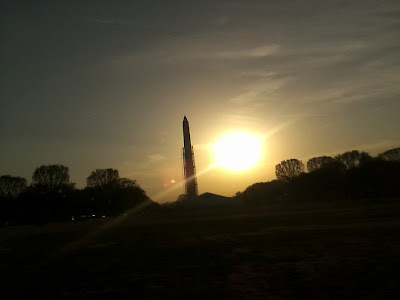 Another view of the Washington Monument partially with the scaffolding going about two-thirds up as seen silhouetted near sunset, Washington, D.C., 7:01PM April 16, 2013.
*******


As for the gym, I actually did an uninterrupted run of at least 5 miles on the treadmill (rather than two distinct runs adding up to at least 5 miles). I did a 5.68 mile run over 60+5 minutes and totaling 813 calories (if the display is to be believed).
I really wasn't up to doing much weight lifting after that and instead went swimming for a half hour. This was fine except a very fat girl got into my lane, and I had to change lanes because she bumped into me (probably intentionally to achieve that very end). 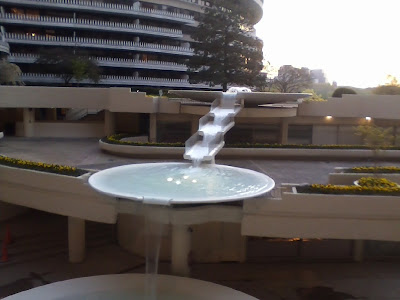 Alas, no pictures for this section ...


The INCREDIBLY attractive, hot bodied young man (almost certainly straight) who swims around this time of night at the YMCA occasionally was right next to me, but my interaction with him is already awkward enough, so I went to the lane on the other side of me. He's about 5'10" and weighs maybe 175 pounds with a a beautiful muscular but lean body (hairless, which I like), olive complexioned skin, black hair that spikes out when he dries it, and a lovely face. I guestimate he's about 27 years old.
Basically, he's perfect. I'm unsure of his ethnicity. Here in D.C., he could be anything from South American European to Egyptian or Iranian.
I never actually spoke to him, although tonight after I was dressed and walked by him in the locker room, I remarked he was an excellent swimmer and I wished I were half as good, to which he genuinely smiled. But I didn't stick around to talk. 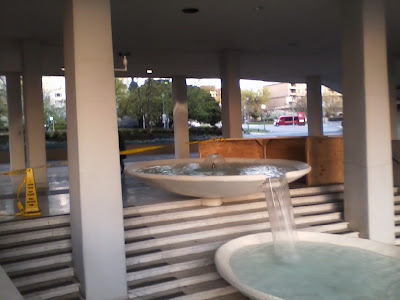 OK, I'm not even going to try to post any political-themed section commentary. I started to but it just ran on for too long.


Workwise, my geothermal energy production report writing has been put on hold, and I'm back to my grant compliance work. However, that work may be ending next month, which could be a concern. 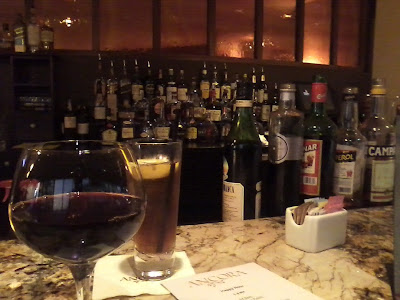 The bar the new Ancora restaurant that opened in the space where Rivers at the Watergate briefly was located (and prior to that, 600 Watergate), Washington, D.C., 7:41PM April 16, 2013.
Ancora is the reincarnated version of Kinkade's in its new location. The menu looked quite good and there is a happy hour with $4, $6, and $8 drinks. Only the piano near the bar is missing in the new place.
BTW, I don't think I can drink red wine anymore. Even two glasses hurts me badly.
*******


Lastly, weatherwise, a strong cold front with (needed) heavy rainfall is progged to move across the region on Friday and to be followed by below normal temps -- my ideal April weather.
OK, that's all for now. My Friday night musical interlude may be interrupted by meeting Mike G., in which case I would post a delayed one on Saturday.
--Regulus
Posted by Regulus at 2:01 AM