Not Quite Juke Box Saturday Night 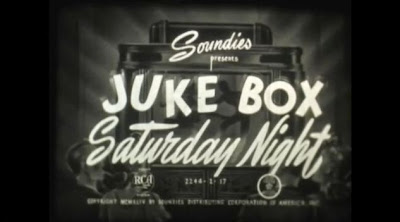 
Here is my planned update. For starters, my Saturday never really got off the ground. I was terribly hung over after last night.
I started out by going to Cuba Libre to the work happy hour, but it sort of fell apart. For starters, DD had already left and then Andrea ended up not going. I made it there (and sort of liked the interior, although it is too expensive). Some of my co-workers were there but I didn't make an appearance. Instead, I sat farther down around the curving main bar, sort of "hidden" behind a column (see image below) and talked briefly to a guy named Johnny who lives near Annapolis.  I then left out of the side door. 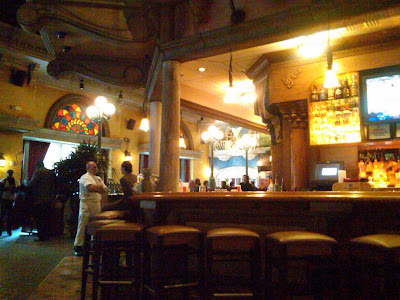 Above is a picture of the bar at Cuba Libre in D.C., including the column in question (my co-workers were further down the bar).
*******


I started walking back toward Dupont / U Street and home. But I first stopped at restaurant called Tuscana West. This is an Eye-Italian restaurant located on Eye Street (OK, "I" Street). I sat at the bar and had a nice dinner. The place is nice and quite reasonably priced given its location and atmosphere. (I'm not sure if there is a Tuscana East.) 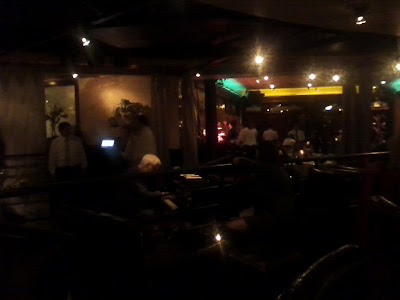 
There is a piano in the restaurant and apparently features live piano music thrice weekly with a piano player. Friday nights feature Lanny playing on the piano and he played some lovely tunes. I had actually sat next to him (not realizing he was the piano player) when he was eating dinner (also at the bar). By the time I left, he had three young ladies around him singing away. 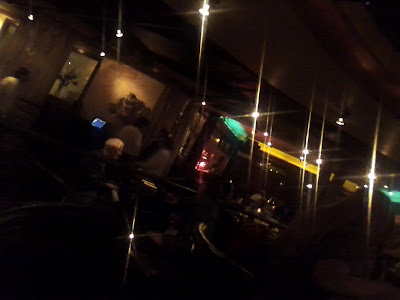 
Thereafter, I walked home and dropped off the portion of food I had taken away from the restaurant. It was thereafter that I headed back out -- back tracking part way from the way I had come -- to No. 9. I met Wendy there and then Gary showed up. I ended up getting rather drunk and it was a bit raucous. We left around 130AM and I asked Gary to drop me off at Nellie's, where I had a night cap drink and shot. 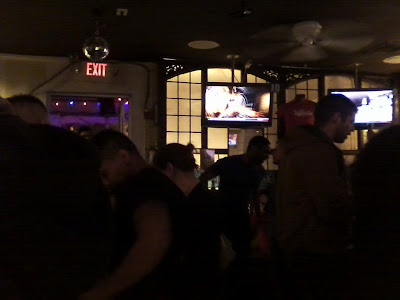 
That was probably the best idea. I walked home by 3AM and was actually up to about 530AM online. However, I slept much of the day and felt terrible. I never made it to the gym. I went to the Hair Cuttery on Connecticut Avenue, but then I opted not to and instead I went grocery shopping.
As for No. 9, Donny Osmond was there with his friends. Wendy agreed ("My God, you're right. He DOES look like Donny Osmond!")
Tangentially related, Wendy went to Utah today to visit her brother. 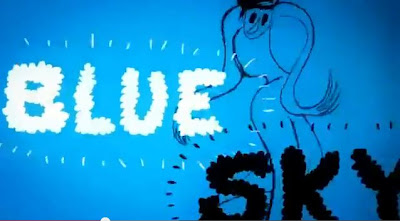 I've had that ELO song "Mr. Blue Sky" (which I posted in my previous entry as part of my March 1st, 2013 Friday Night Musical Interlude edition) in my head all day. And I have decided I really like the cartoon video accompanying it (which was obviously made recently, perhaps in 2012).
*******


I'm home doing my laundry right now and watching a new season episode of Joan & Melissa on We TV.  As for Joan Rivers, the woman is a riot. 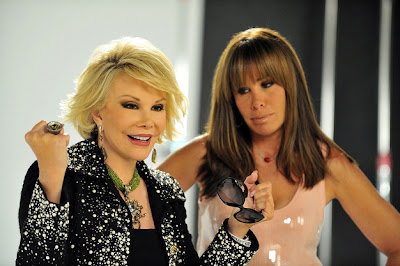 
Wednesday Winter Weather Event?
Turning to the weather, the ECMWF ("European") and GFS models show a coastal storm that would bring accumulating snow to portions of the mid-Atlantic including in the immediate Washington / Baltimore area (where we've been in a two year "snow drought"). 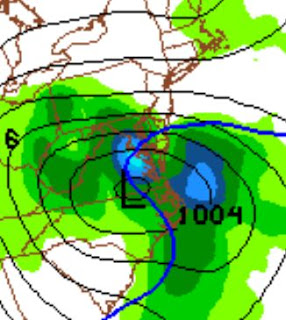 Today's 18Z GFS gives D.C. a major snowstorm with liquid equivalents (in the QPFs) of 2 to 3 inches.

It's much too soon to buy into that (esp. since the GFS has been flip-flopping in terms of location and with a disjointed precip. shield. The European model has as a storm but the 12Z run today had a weaker one than the 0Z last night. (I have to rely on Gary for European interpretations since the only publicly available output of this model in its operational / forecasting mode are in the panel images with course resolution.) 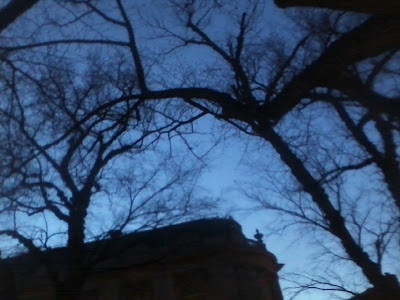 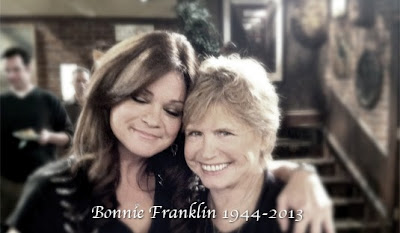 OK, that's all for now. Oh, yes, I meant to mention that actress Bonnie Franklin of One Day at at Time fame died yesterday from pancreatic cancer. She was 69. 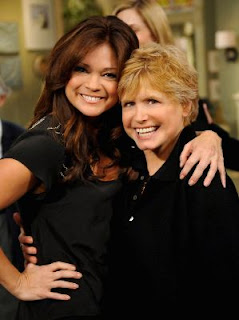 Her New York Times obituary is here and is worth a read. Also, her former co-star Valerie Bertinelli's webpage is here, and it includes a very sweet tribute to her. The two pictures are taken from this website. (Bertinelli today co-stars on TVLand's Hot in Cleveland, which I really like.) As for Mackenzie Phillips, she -- oh, never mind. Hers is a story too bizarre for a short entry.


Rather then ending on a sad note, let me post this YouTube video of Glenn Miller and the Modernaires singing "Juke Box Saturday Night." (This is where I got the lead image for this entry as a frame grab.)
"Goodman and Kyser and Miller / Help to make things bright! / Mixin' hot licks with vanilla / Jukebox Saturday night!"
OK, that really is all for now.