"Waters Of March (Águas de Março)" performed by the late Antonio Carlos Jobim himself probably back in the late 1970s or early 1980s. Jobim wrote the song and first released it in 1972.
The tune for this was used in Coke's "Coke Is It!" ads of the 1980s, but alas, I cannot find a usable video of my favorite version of it (from 1985). (Even though the latter is just an advertisement, there are reasons why I mention it.)
******* 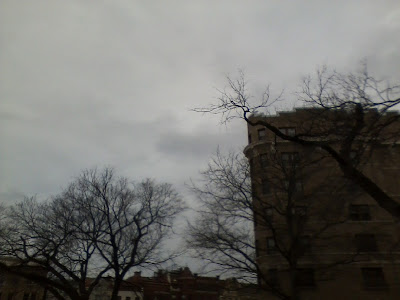 
OK, this is an early and VERY quick Friday night musical interlude as I am going to a work happy hour at Cuba Libre in Chinatown. I actually came home early to bring my computer here to have it over the weekend. Thereafter, I'm meeting Gary and possibly Wendy though where we are going I'm not sure (I'll probably end up at Nellie's or maybe No. 9 tonight).
I'm also trying to eat quickly some dinner before going out and drinking as I did not really have a proper lunch. 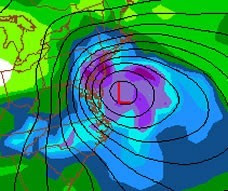 So the possible late season "major winter weather event" for next week is back ON -- at least per the 12Z runs today of the GFS and (perhaps more importantly) the ECMWF ("Euro") model, as well as a Canadian model run.


Above: Output from the GFS 12Z 03/01/2013 run showing precipitation and surface pressure at some point on March 6, 2013. The isotherms are not shown but this run was borderline cold enough for snow here. Below is a similar plot but from the Euro 12Z 03/01/2013 run. That dark green over Maryland and Northern Virginia in this forecasted simulation is heavy snowfall. I don't have time to write about this at any length now and instead I refer you to the excellent Capital Weather Gang write up about it by Wes Junker and Jason Samenow. Sterling LWX also mentioned it.


The CWG and Sterling folks are is being cautious with lots of caveats. Meanwhile, the people at AccuWeather are OF COURSE wildly hyping it possibly equivalent to the Ash Wednesday storm of 1962. They do this for commercial reasons.
Oh, yes, speaking of CWG and snowstorms, I already RSVP'd for this event.
As a counterpoint to the weather discussion above...
"Mr. Blue Sky" - ELO (Electric Light Orchestra) originally released in 1978.
I wouldn't ordinarily post such a jarringly psychedelic video with its drug hallucinogenic-like frenetic cartoon, except (1) it is apparently the "official" music video to the song, at least for 2012 (whatever that means); and (2) the music quality is much superior to a typical video featuring grainy or old TV footage from a live concert version. Anyway, the part from 3:15 to the end is my favorite.
Overall, it is quite a song.


OK, that's all for now. I will try to update this blog tomorrow.
--Regulus
Posted by Regulus at 6:27 PM