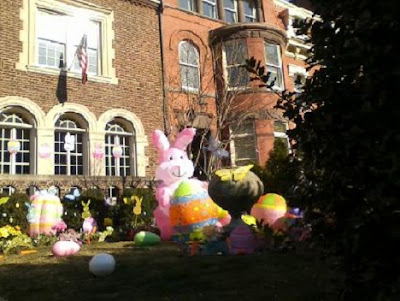 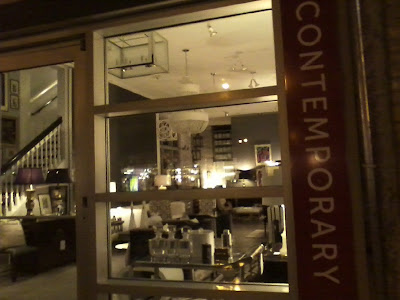 In the spirit of Easter ...


As for Easter, I am supposed to go to Quill's parents' place in Silver Spring for lunch. But I'm a rotten person. I'm making Quill come get me because I was hung over from last night and only got up at 1230PM. Screw me. As it is, I'm not even going to have time to shower.
Last night, I went to No. 9 and Nellie's. Earlier yesterday, I went to the gym. My weight, by the way, had notched down to a tad under 158 pounds. I jogged only for 3.32 miles and swam for about 20 minutes. 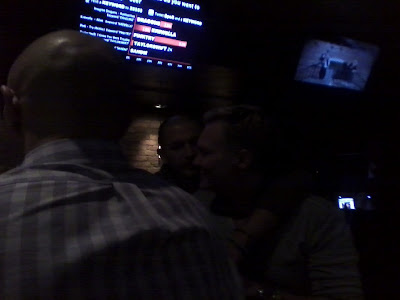 
Last night at No. 9, Good Morning America meteorologist Sam Champion was there with his partner (Rubem Robierb). (Rubem??) 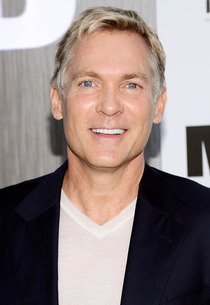 I chatted with him in three separate short conversations -- the last one as I was leaving. We discussed everything from the negative Arctic Oscillation (yes, he knows what that is) and its contribution to this March's cool temperatures in the eastern U.S., to his long ago friendship with Storm Field, to this hysterically funny article I read in New York magazine. The article is about the chaos at the Today show, and why everybody in Middle America hates Matt Lauer in the wake of what happened to Ann Curry. But it was the random line about Martha Stewart looking 100 years old that was my favorite.


Oh, and "Champion" is his actual last name. He said everybody asks him that.
Speaking of the weather, it was supposed to rain all day today but it looks like the usual D.C. split/shit is happening so I guess we won't be making up our precip deficit today. 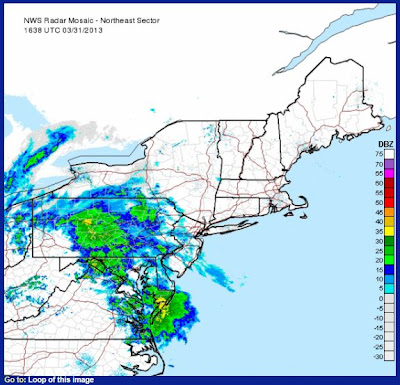 
OK, that's all for now. I had intended to finalize that damn New Jersey entry but OF COURSE I ran out of time.
So at this point, I don't know when I will post my next entry -- possibly not until Thursday night or even maybe Friday.
--Regulus