Not Holy, Not Wise, Just American and Heavy 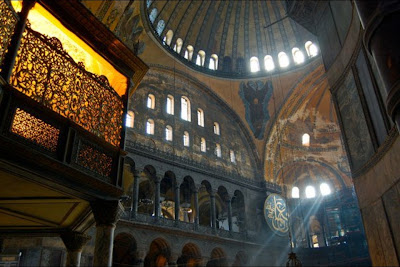 Rays of sunlight flood the awesome interior of Hagia Sophia in Istanbul. Hagia Sophia (Holy Wisdom) is a former Eastern Orthodox patriarchal basilica that subsequently was turned into a mosque after the Turks captured Constantinople in 1453, and today is a museum. Image courtesy No. 9 bartender Aaron, who took the picture on a trip to Istanbul (not Constantinople) in July 2010.
This picture has nothing to do with this entry but I've been wanting to post it ever since Aaron showed it to me and then (upon my earnest request) sent it to me.
The interior image with the vaulted ceiling and rays of sunlight remind me of the interior of some mother spaceship (maybe a bit like the one in the (added) ending to Close Encounters of the Third Kind?)
As for Aaron, he travels quite a bit -- even down South America way to Uruguay where I want to go.
*******


I'm still working on the first of the New Jersey trip entries. This particular one is probably going to be the longest of that set of entries. I hope to have it posted tomorrow (Sunday) night, but there is a lot of content. 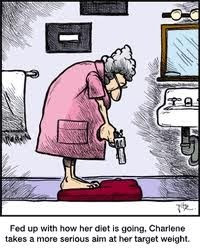 I am feeling badly tonight because I'm up to 165 pounds -- that's up 3 pounds from my lowest weight since I rejoined the gym and all in the past week -- and I'm skeptical it is all or even partially from muscle mass because I still have about 10 to 15 pounds of gelatinous fat I want to lose. I'm not sure what's up with this.


As it is, I'm still down a full 18 pounds from when I started (as measured on the big scale at the gym) and I've probably shifted about 23 or so pounds out of fat.
I went to the gym today and I'll go again tomorrow and Monday (when I am supposed to meet Tony). 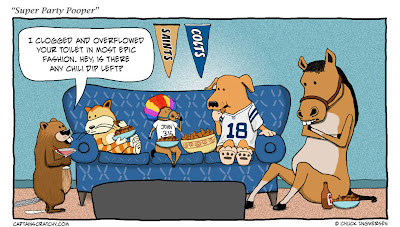 As for tomorrow evening / night, I will be in entirely -- there is simply no way to avoid the Shitter Bowl, I mean, Super Bowl in ANY flippin' public place. I  detest American football, especially its mega-billion dollar professional form. And I hate having to participate even unwillingly in the annual ritual in which we're all supposed to be amazed and enthralled by the $50 gazillion per second ads. And I say this even as note that my mom is very happy because the Ravens are playing the 49ers. My dad is probably indifferent to it. 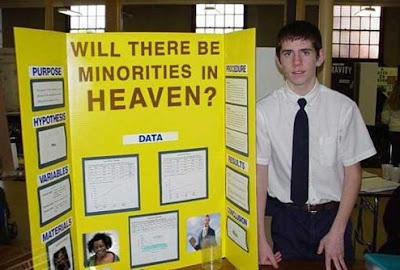 Ha ha
I wonder what the original image showed -- I mean, this HAS to be a Photoshopped fake because EVEN in Alabama or rural Georgia this wouldn't fly for a middle school science project. I think.
*******


It snowed a bit this evening as a weak clipper passed through but it amounted to only a dusting here in D.C. and environs.
I'm going to Logan Tavern tonight to meet Andrea and Imara for dinner, and then I'll go to No. 9 and/or Nellie's.
--Regulus