Near Miss A-Steroidal Variations and Other Friday Blog Delights 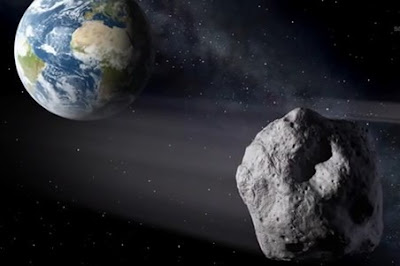 Artist's conception of asteroid 2012 DA14 whizzing by Earth tomorrow. The 50-meter (150-foot) wide asteroid will pass within 17,200 miles of Earth's surface -- inside the orbit of artificial geostationary satellites such as weather satellite ones -- at 1924UTC (2:24PM EST) today (Friday, Feb. 15th, 2013).
This asteroid has a close-call with Earth about once a year, but as its name implies, it was discovered only last year. It is just about as large as the meteorite impactor that made Meteor Crater in Arizona, except that object was composed of nickel-iron rather than rock as this one, so it was a much bigger explosion (10MT).
Here is more information with a YouTube video embedded in it. (Unfortunately, there is a gratuitous and vicious quote by the ugly rightwing sci fi author Larry Niven in it, but ignore that.) 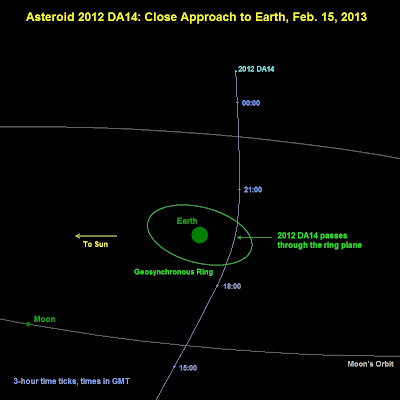 Above is an oblique view of asteroid 2012 DA14 as it makes its closest approach to Earth. You can see the location of both the geosynchronous ring (through which it passes later today) and the Moon's orbit. Too close for comfort -- indeed.
*******


Updated 8:58AM and 925PM 2/15/2013: Er, uh, on a SEEMINGLY likely related note*, this happened this morning in Russia about 900 miles east of Moscow in the Urals region in the city of Chelyabinsk. Additional information here. 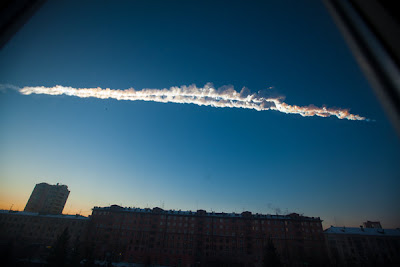 Meteorite condensation trail over Chelyabinsk after it struck, February 15, 2013.
A bolide streaked through the morning sky before detonating over the city** with a sonic boom, shattering windows in buildings -- and injuring approx. 500 1,000 people due to shattered glass, some of whom had to be hospitalized. No deaths were reported. Above is an image of its condensation trail shortly after it struck. 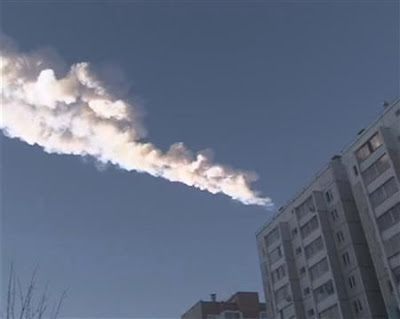 Another view of the meteorite's condensation trail over Chelyabinsk.
*Physicist Aleksandr Y. Dudorov at Chelyabinsk State University suggested the object was flying along side 2012 DA 14. He told the New York Times: "What we witnessed today may have been the precursor of that asteroid." However, NASA stated that the two were unrelated because the Siberian meteorite came from a different direction entirely. I'm not sure I believe that account. It's just TOO coincidental.
Here is a YouTube clip of the event seen from a passenger car driving on a hightway. Yikes.

925PM 2/15/2013: I tried to find more clips but by the end of the day, YouTube was littered with the refuse of altered videos and other junk.
**There is a report that a crater was found 50 miles west of the city, which if true means some of it reached the ground.
*******


Yet another entry that I had to torpedo because it is simply too late at night for me to start. 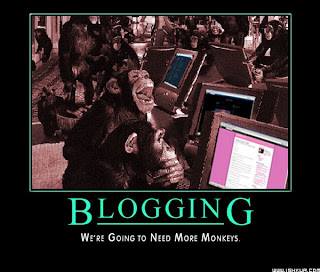 I mean, I type up an entry (the content), but it soon is a huge and complicated multi-page thing that requires at least 20 pictures to break up the text and formatting of all sorts, except it is already 1210AM as I write this and that kind of entry would take until 5AM and I sorta have to go to work tomorrow, which means getting up my usual hour late and getting in 90 minutes after everyone else and staying correspondingly late. And then the weekend comes and I end up distracted and post some unplanned entry. 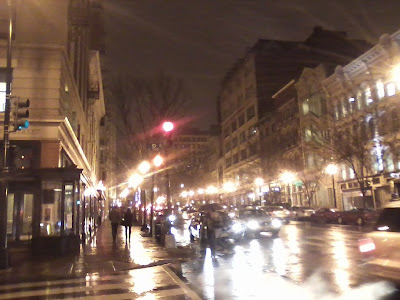 
Last night, I went to Hill Country on 7th Street with Andrea and the TNDC group, and then I ended up going (via taxi) to No. 9. That was too much for a Wednesday night. As for Hill Country, it's like an amped up bar / restaurant in Fort Worth, Texas, which I guess is the point. The quantity of BBQ and other meats served is massive. 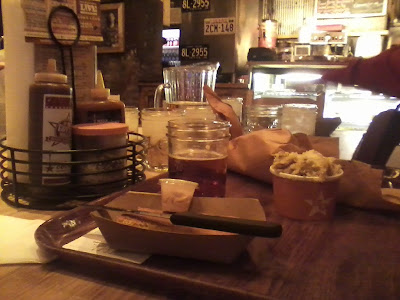 
I was there about a month ago and saw the (very enjoyable) 19th Street Band perform. Here are two of the five pictures I took of them during their Jan. 15th, 2013 concert at Hill Country. 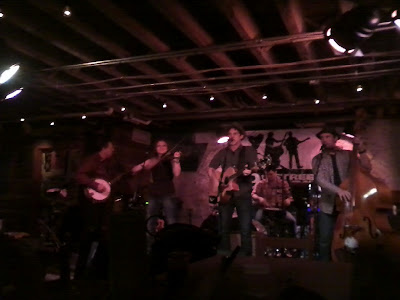 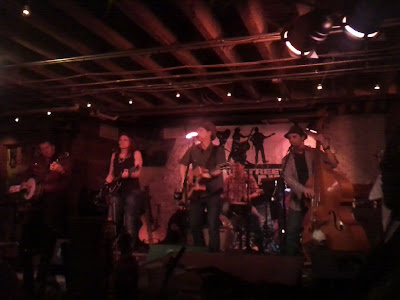 
For starters, I would like to note that there is ANOTHER snowfall event possibility -- and that zombie "experimental snow forecast" map has come once again to undead life -- but I'm sure like the last 50 or so times in the past 2-1/2 years since its inception, nothing will come of it for the immediate D.C. area. 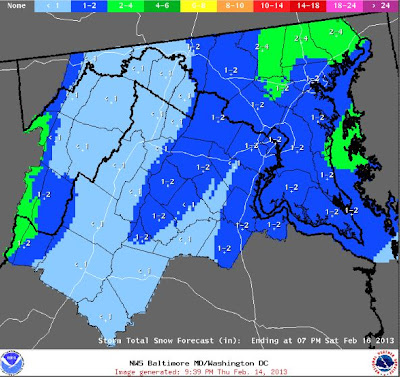 There was an event that missed us -- instead giving mostly just light rain with some snow enough to give a slushy coating in the Maryland suburbs and parts of Virginia. For that event, the Capital Weather Gang's Wes Junker wrote another interminable entry that I counted as 1,175 words to say it wouldn't snow in D.C. There followed another snark bitch entry from Jason Samenow, whose arrogance makes him difficult to read.

Junker's opening was good, though: "Here we go with another messy, complicated and underwhelming prospect for snow in the D.C. area." (BTW, I am a big proponent of the serial comma and would have included one between "complicated" and "and.")


That aside, my blogging goal here over the next four days is to post the following:
*Friday night musical interlude.


*Political update focused on the GOP including a discussion of Sam Tanenhaus's Feb. 10th cover story in print edition (and available online of The New Republic and Jonathan Chait's subsequent take on it. 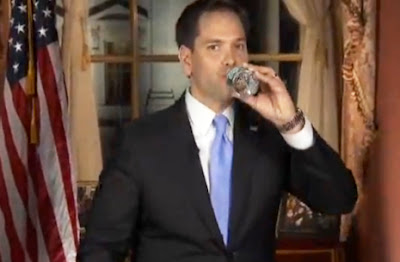 I also want to talk on what a useless idiot is GOP "Savior" Sen. Marco Rubio spouting all the usual "mainstream" Republican crap -- as opposed to the really crazy Teabagger sort -- in the "official" Republican rebuttal to Pres. Obama's State of the Union address on Tuesday (and I'm not talking about the water bottle thing, which not surprisingly was the source of fixation for the mainstream whoremedia). For now, I refer for now the curious readers here, here, and here.
*The much-delayed first of my two or three New Jersey trip-themed entries, specifically, the lengthy first day one with lots of memory lane detours.
*Oh, and speaking of delays, there is at least a one to two week delay in my IRS tax refund, but I'm not quite sure why (possibly due to the 1099-C/Form 982 debt cancellation / insolvency exclusion issue). I knew I should've used the M. WADE Tipamillyun tax service instead of Free Fillable Forms.
******* 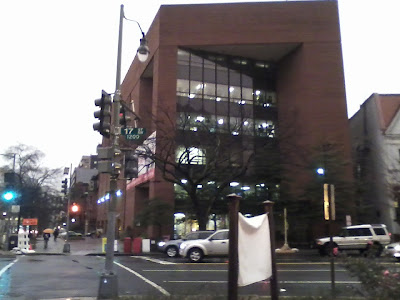 My work day was OK and I made it to the gym tonight and made it to the gym for the third time this week. While I was only spent 15 minutes on the treadmill -- I just didn't feel like jogging on an incline -- rather than my usual 45+5 minutes, I spent 32 minutes on the elliptical trainer, a bit over an hour weight-lifting (OK, not continuous but still it was a decent workout), and a half hour in the pool (where an uncharacteristically hot young guy was swimming). (The YMCA is many things but it doesn't have the huge number of buff, attractive guys as at Vida and elsewhere).
--Regulus