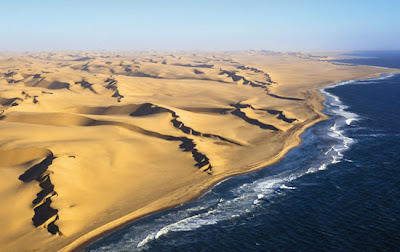 Aerial view along the Namibian coastline where endless sand dunes meet the cold and turbulent waters of the South Atlantic Ocean. This is a stretch of the Skeleton Coast.
*******


This is just a quick update post-midnight / now Monday morning following what was on balance a relatively good weekend. 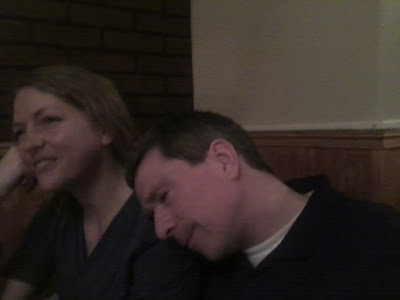 
True, I did not make it to the gym this weekend and I got drunk on both Friday and Saturday night and had to sleep about 11 hours on both Saturday and Sunday mornings, nevertheless it was a good overall. Today / tonight was especially good as I had a nice dinner with Wendy at Pines of Florence (and Gary later joined us). Thereafter, Gary and I went to Larry's Lounge, where there was the usual gang. 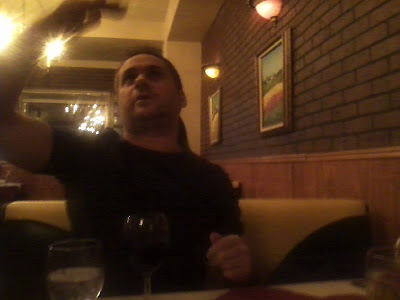 
Wendy regaled me with her sometimes harrowing 3-1/2 week trip in Decemeber and January across India. Parts of India are quite literally a sh!t hole. Yet some of the sights she saw were amazing such as the Himalayas (including Everest itself) from a jet and the city of Darjeeling, not to mention the Taj Mahal on a foggy morning.
I'm hoping to get a set of photos from her to post of her adventures. I already have the blog entry title in mind. 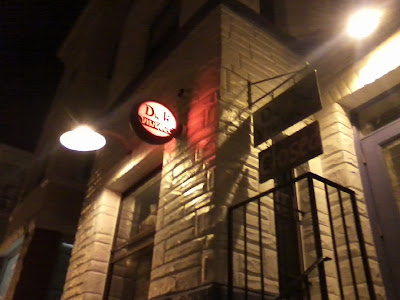 
Speaking of blog entries, I HAVEN'T forgotten my planned New Jersey trip themed entries -- two in all -- prompted by the occasion of my great Aunt Babe's 100th birthday. That entry WILL happen but I'm not sure exactly when. Recall my Baltimore boundary tour journey took at least two weeks from the time Chester and I did it to the time I actually posted the entry. 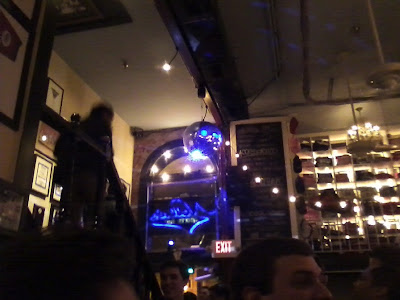 
As for Larry's Lounge, the fellow Toby is very attractive to me. Secondly, there was an SUV with Connecticut tags that had some snow on the roof parked nearby. As I left, I made a snowball and returned quickly to give it to Gary. Gunther ran outside to throw it at me but in the end did not. 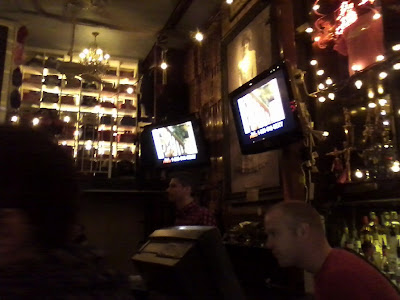 
Tonight there is light rain / a touch of sleet moving through the D.C. area. 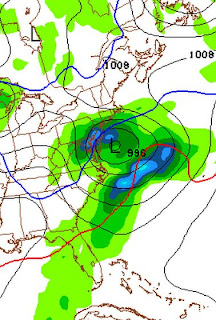 Looking ahead, there is a chance of wintry precip here, perhaps snow on Wednesday -- though in all likelihood, this being D.C., it will be a miss of just light cold rain. The 2/11/2013 0Z GFS is promising, but I shall hold off on discussing this for now. 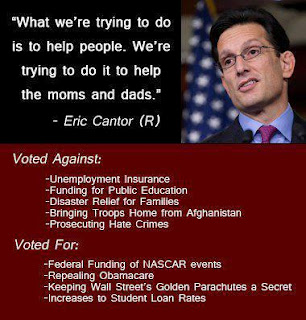 Prof. Krugman's point is that the Republican Party is still -- despite what is the 4th "rebranding" effort by Rep. Eric Cantor -- totally and completely enthralled to the 19th Century-style Know Nothing Teabaggers.


He notes that while this hard right Know Nothingism applies to both the social and hard sciences, as well as basic morality and common sense, the worst is in the area of climate change.
And it's especially bad at the state level where the 2010 GOP sweep brougth to power the most atavistic, ignorant, and insane bunch since the run-up to the Civil War. And given the redistricting that followed the decennial Census and the terrible timing of their Teabagger win, we may very well be stuck with this (to borrow a phrase) "malignant lunacy" for some time. 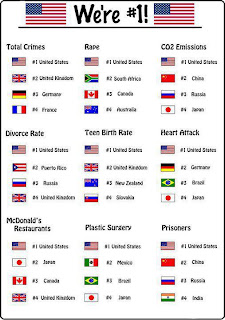 Oh, yes, read this piece in The WaHoPo about how Pres. Obama is planning aggressive use of executive orders on a range of issues to get around this dangerously ignorant Congress. These orders "could allow struggling homeowners to refinance their mortgages, provide new protections for gays and lesbians, make buildings more energy-efficient and toughen regulations for coal-fired power plants." 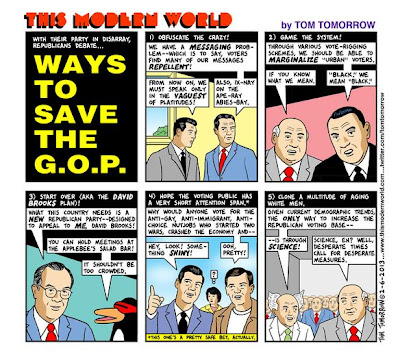 Click on image for larger / readable version.
While I realize it is problematic to celebrate unchecked executive power -- esp. when it is the same power that now allows the President to kill American citizens he deems a threat in whatever vague and uncertain way that means -- nevertheless I am reflectively glad about this because the lunacy and insanity of the GOP is causing serious damage to this country's ability to function. 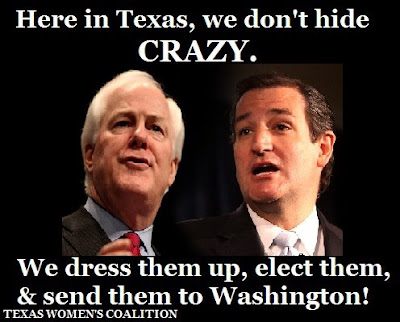 Two more Texas Senate GOP Teabaggers. How wonderful is that.
*******


OK, that's all for now. I intend to post a new entry in the next few days.
--Regulus