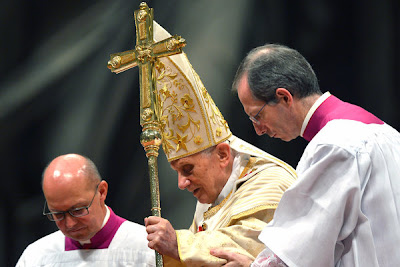 
Well, whaddaya know ... Pope Benedict XVI just gave his two weeks notice (!) and is abdicating the papacy effective February 28, 2013. He is the first pope in nearly 600 years to do so since 1415 when Pope Gregory XII resigned, and if Wikipedia is to be believed, the first to do so voluntarily since since Celestine V in 1294.
The Pope reportedly said in Latin to a gathering of Cardinals "before God, I have come to the certainty that my strengths, due to an advanced age, are no longer suited to an adequate exercise..."
That is (as I read elsewhere), he's giving back the keys to the Holy Spirit and hanging up his Rosary beads. 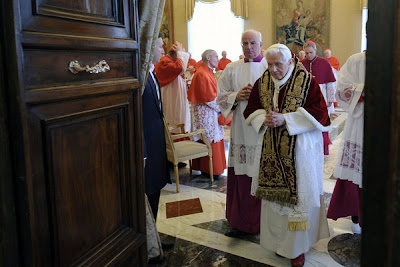 
On the face of it, this is ridiculous -- you don't "resign" the papacy any more than you "resign" being the monarch of the Great Britain. But as others have pointed out, this will probably be the most significant and historical move that Benedict could have done. 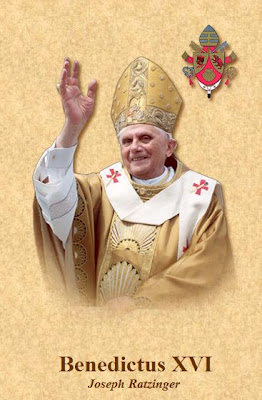 The mess that the Church is in is simply too great -- the decades of covered-up clerical sex abuse scandals involving minors too numerous (and some too shocking to easily relate) that included a direct line to then-Cardinal Ratzinger starting in 2001 in covering up their history. In the end, his effort to protects the Church instead helped to damage it badly.

Likewise he badly damaged his own standing in the eyes of history. 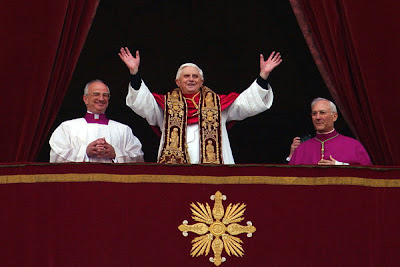 Pope Benedict XVI in happier times -- on the day he was elected pope at the Vatican in April 2005 (shortly after Pope John Paul II died).
*******


Then there is the cartoonish reactionary social views and accompanying complete detachment from reality; and the weird obsession with homosexuality to the exclusion of doing charitable works (even as the Church itself is overloaded with closeted and not-so-closeted gay priests). It's all too much for this one-time liberal theologian who never actually headed a congregation subsequently turned reactionary octogenarian fop to remain at the helm of this badly keeling Mother Church Ship.
In addition to the inexcusable sex scandal cover-ups aside, the other travesty to me has to be Church's stance on HIV/AIDS and contraception, at least in the developing world. It's outright immoral.
BTW, this very relevant documentary "Mea Maxima Culpa: Silence in the House of God" looks quite intriguing -- and damning. 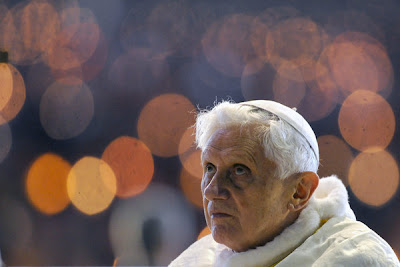 
On a personal note for me, the Church's ridiculous homophobia is just that -- ridiculous given the sheer number of gay priests. At St. Matthew's Cathedral in downtown D.C., half the priests and ALL the male members of the choir are gay. And yet we are to pretend that this isn't the case. It's absurd. 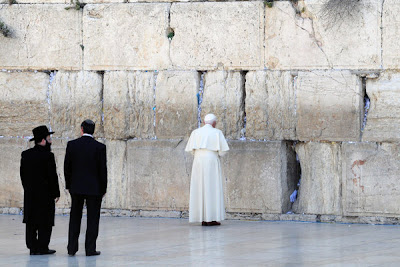 
I stopped going to church about 8 years ago. This was already well after a whole 1990s sh!t show when I still lived in College Park that involved me hanging around a bunch of rightwing single yuppie Catholics -- all drinking, dancing, guilty neurosis, some of the men closeted, yuppie values, and hyperventilating on abortion. I did this because of a guy named Tim Anderson I liked at the time and it was centered on Chris Corish, a sort of Catholic social network impresario and Republican Party operative. It all ended very badly for me.
The whole thing is a silly charade -- esp. seeing all the gay guys in the Congregation later in the evening at Sunday JR's happy hour. Yours truly included. (At least back in the 1990s when I went to the 530PM Sunday mass and M. Wade Tipamillyun ruined everything. Maybe HE should be made the Pope of Dupont Circle and Vicar of 17th Street.) 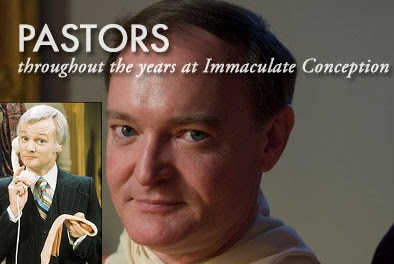 
As for the next pope, if indeed it is a non-European / non-American (I HIGHLY doubt it would be an American) but instead someone from South or Central America or elsewhere, I think you may expect a person just as reactionary. It wouldn't surprise me if there is another place-holder pope for the time being. 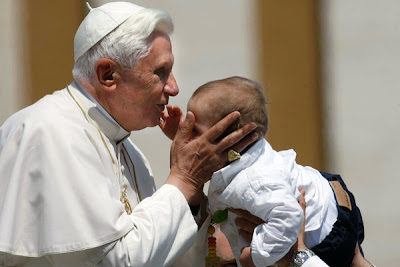 
OK, that's enough of that. I'm going to bed now.
I was going to post a brief entry about my day -- it was a long and somewhat vexing one during work (nothing to do with my boss or supervisor but someone else who I thought was my friend), a good gym workout (there for 3 hours and including 45 min on treadmill, strenuous weight-lifting with Tony, and a swim but now I'm exhausted), and a really late return home (I got in at 11:06PM) after grocery shopping.

The last part featured a sort of scary walk home up 17th Street from the YMCA to New Hampshire Avenue by 16th Street in the unnaturally (for the city) quiet, unseasonably mild (gee, what's new?) Monday night here in D.C. with just street vagrants and 11PM yuppie joggers (and on the lookout for street thugs as I toted my backpack and groceries and $120 in cash home with me). But I made it home safely. 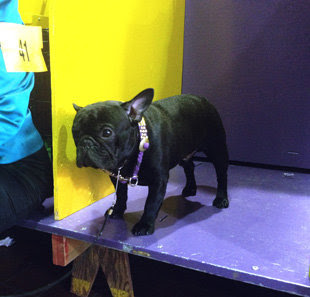 Joey Bag a Donuts (yes), a French bulldog who FAILED to place this year at the Westminster dog show. Apparently, the politics at this most famous dog show is as cloak-and-dagger and vicious as in the Curia.


I'm home now watching reruns of The Golden Girls on Hallmark.
OK, that really is all for now. My next update will be likely either tomorrow or Thursday night (as I probably won't take the computer home on Wednesday).
--Regulus
Posted by Regulus at 1:24 AM