This is my Friday night musical interlude.

I'm home now after a regular work day (albeit a Friday so there is the anticipation of leaving and of the weekend). I then went to the Macy's at Metro Center, where I purchased about half of my planned $500 in new clothing (or a bit less if it is $600 I spend). This includes a new pair of Rockport shoes, two new pairs of Cargo pants (I went down a size to 34*), a 3-pack of Ralph Lauren boxer briefs (still large -- I prefer large), and a 6-pack of white socks. Oh, yes, and a Nautica fleece jacket with hood. It came to $258 including the $10 ticket discount that Andrea gave me earlier in the day.

It was nice to get my tax refunds (both on the same day).


As it is, I still need to buy some more bedding -- new quilts and pillows and another egg crate cushion. (I don't have an actual bed or even a mattress. I don't mind that and it's easier, but I had to toss out two quilts last year and so it has been a threadbare and somewhat less-than-comfortable experience in which I've nearly been sleep on the floor of late.) 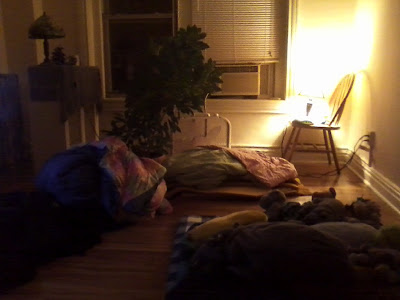 
Tonight is a cold, drizzly, damp one following a day that featured a nanosecond of light snow followed by a microsecond of sleet followed by a bit of light rain (just 0.05" at crappy KDCA) and tonight just cold drizzle. However, it's still right around freezing (32F) at KBWI and KIAD and in general in the Maryland and northern Virginia suburbs, so there is a tad of sleet / freezing drizzle, but no big deal. I think it's 34F at KDCA right now with a light easterly flow.
"Take Me There" by Bob James (and Kim Waters) on the release Joy Ride (1999)
OK, that's all for now. I'm not sure what to do tonight though it will likely involve some combination of No. 9 and Nellie's. However, I'd like to go to a few other places just to stop in for a drink. Gary and Kristof are not around. There might be a dinner party at Gloria's tomorrow night. (Actually, at this point, I think I'm meeting up with Nick first at a straight bar.)
I'm skipping doing my laundry tonight. I'll do it either tomorrow or Sunday evening. As it is, Sunday night is the frickin' Oscars. There are two pop cultural events that I hate more than anything: the Superbowl and the Oscars. While I just hate football outright, in the case of the Oscars ("Academy Awards"), it's more complicated since, obviously, some a few movies can be transcendent.


The music is a'90's-style rapid Euro-dance beat that rises and falls in crashing waves. The video is set in the wee hours of some wildly pulsating dance club in some unknown city. The main action involves an inter-racial duo of hot, muscular, wet, and shirtless young men who perform a "Matrix"-style space-and-time-bending, hyper-acrobatic, ritualized martial arts fighting routine in a large puddle (or baby pool) of water that surrounds the central dias where the DJ "spins." There is the pretty main female singer and the more androgynous women with hypnotic eyes who is somehow involved in the stylized combat routine between the men (until she herself gets involved in it). The lyrics are quite haunting and melancholy as a counterpoint to the beat.
It's all kinda fun but you have to be in the mood for it.
--Regulus
Posted by Regulus at 10:02 PM