(South) Georgia (Island) On My Mind: A Great Spot for an (MH) Austral Summer Vacay Stay 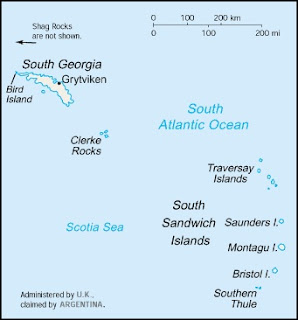 South Georgia Island and the South Sandwich Islands are an overseas British territory, although Argentina maintains a claim. South Georgia Island itself is fairly large -- a bit over 100 miles long and 23 miles wide in places -- but extremely remote and rugged with no regular population, only a small (a few dozen) British government officers and scientists with the British Antarctic Survey.


The main settlement, such as it is, is Grytviken and is where tourists arrive by ship. 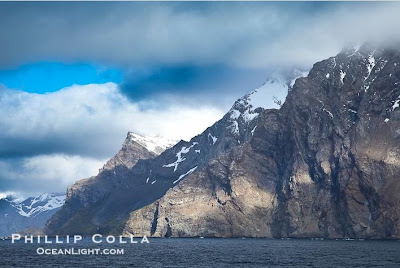 
South Georgia Island itself is about 865 miles southeast of the Falkland Islands, another British territory. It lies at 54S latitude -- which is well south of the Roaring 40s and deep into the Furious 50s. 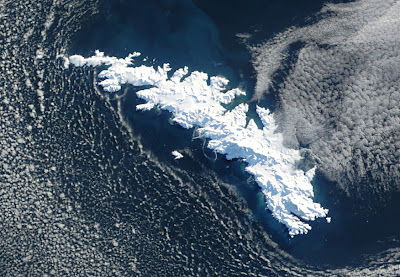 A NASA MODIS image of a snow-blanketed South Georgia Island. This image is either from 2004 or 2006 (it wasn't clear when).

The island's rugged quality is so apparent. For reference, the highest point on South Georgia Island is about 9,629 feet (Mount Paget).
******* 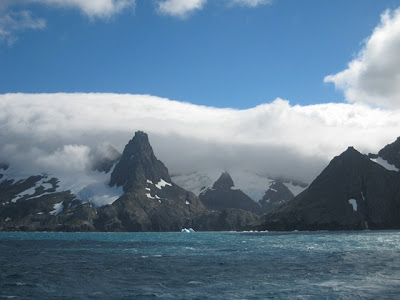 Clouds cloak the snow-capped mountains of South Georgia Island. This image and the two below are from this Ted's (Excellent?) Adventures blog entry in March 2008.
Ooh, it looks cold there. 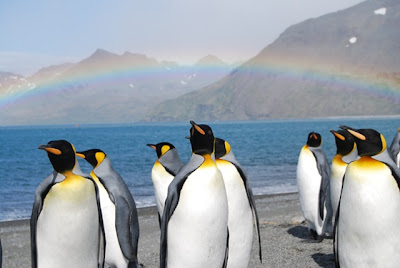 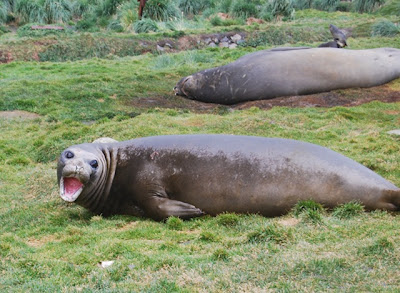 Large elephant seals near Grytviken, South Georgia Island. This picture is also from the same webpage as the two above.
Actually, this elephant seal brings up another topic ...
I think South Georgia Island is an ideal place for M.H. and Oooza the Unloved to visit in the austral summer of 2014. Maybe they could even stay there permanently.
**Updated 11:44PM 6/5/2014: Content removed.** 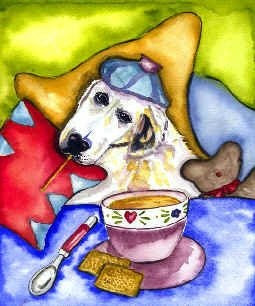 Anyway, I've been feeling rather sick today with bouts of some kind of flu, although in an odd intermittent way. I had it last week and then it appeared to go away, only to return by Saturday. Today it was quite bad at points, but it would then just as quiclky ebb.


I'm not entirely sure I will be going to work tomorrow, at least not in the morning -- depending on how I feel. But I still hope to go to the gym on Monday, Tuesday, and Wednesday.

Home late on a Sunday night getting ready for bed. I'm actually watching episodes of the bizarre British show Red Dwarf on the WETA - UK channel. 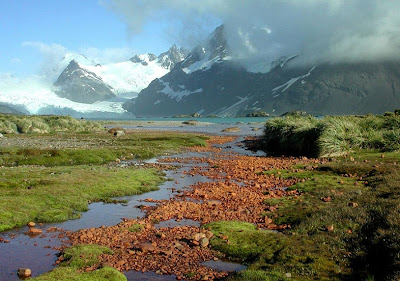 King Haakon Bay (or Sound) on South Georgia Island. This is a cropped image from the wallpaper section of the territory's website.
*******


My plan is to post a new entry tomorrow, although it will just contain some pictures I took over the past two weeks with no particular theme.
--Regulus
Posted by Regulus at 1:17 AM