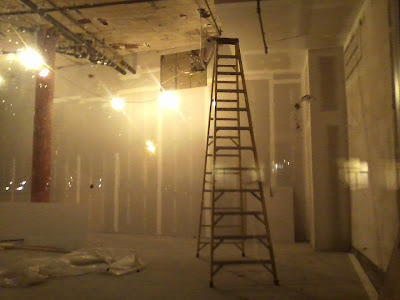 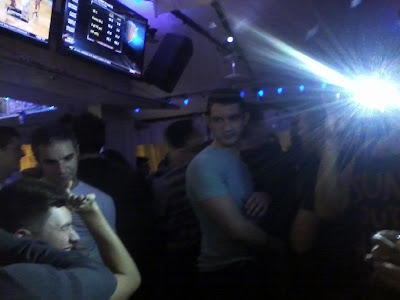 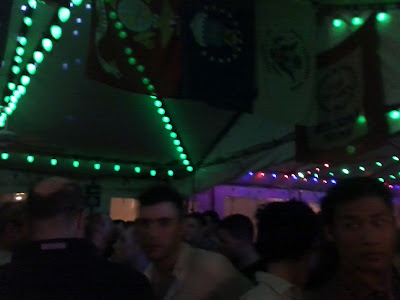 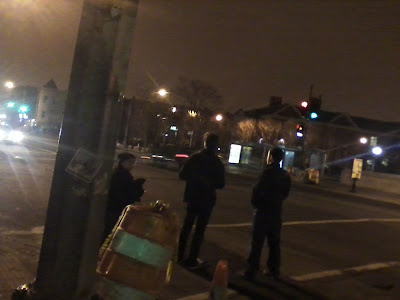 A trio wait for a taxi cab (or maybe a bus) at the corner of U Street and Vermont Avenue NW, Washington, D.C., 2:55AM, January 12, 2013. (I think the lady saw me taking this picture.)
The D.C. taxi cab dance that occurs in the wee hours of Saturdays and Sundays between about 2AM and 4AM is nothing short of an anthropological tale of brutal Social Darwinism-style economics.
Living deep inside the D.C. Bubble as I do, I haven't had to play that game for years.
******* 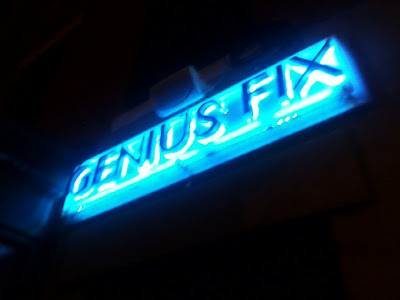 Genius Fix? What the hell kind of business is this??
Oh, it appears to be some sort of business that fixes cellphones / iPhones / iPad / other electronics. It may not actually yet be open.
This is in the 1200 block of U Street located near the intersection of U and 13th Streets NW, Washington, D.C.
All I know is that WHENEVER I have needed cellular phone technical / hardware assistance or to make a purchase, I've gotten worthless service from the 17 year old ghetto-child sorts who tend to work in the downtown Verizon stores. (Ditto RCN.) And the plans available to me are always vastly inferior to what other people seem to get.
This is one of the reasons I have the old crappy flip-open LG cell phone that I do and pay $88 per month for idiotic plan that I have.
******* 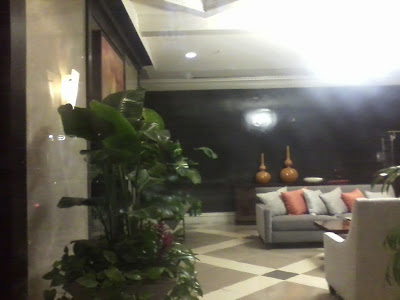 The lobby of a condo building in the 1300 block of U Street NW, Washington, D.C., 3:04AM, January 12, 2013.
This is probably The Ellington but I wasn't paying attention when I took the picture.
Regardless, it's early 21st Century Washington, D.C., gayest and/or yuppiest and most pretentious but otherwise soulless and vacuous living at its finest. Thank you.
****** 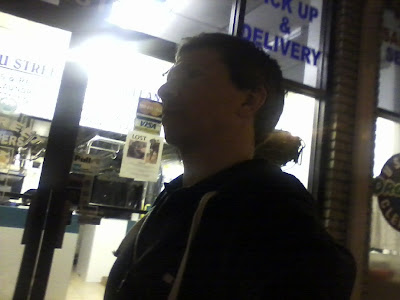 This is just yours truly walking outside the drying clean place in the 1500 block of U Street NW, Washington, D.C., 3:36AM, January 12, 2013.
This is literally a couple hundred feet from where I live on New Hampshire Avenue.  There is a "lost dog" notice on the glass door below the Mastercard and VISA signs.
I look like a zombie shambling along. I had stopped at the Black and Orange hamburger place at 14th and U Streets as I had not really had a proper dinner before going out.
Black and Orange??


OK, that's all for now. Yes, I still need to post my weather themed entry.
By the way, the GFS operational model is in its day 10 - 15 outer range wintertime full fantasy mode. 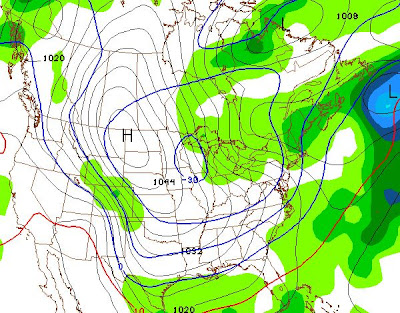 Here is the 12Z run from today Jan. 12, 2013 valid at hour 276 0Z Jan. 24, 2013 showing 850mb temps, mean sea level pressure, and 12 hour precipitation for the North America domain (focused on the U.S. and Canada). It shows a big Arctic outbreak over the eastern U.S. of the sort we rarely get anymore.
The -20C isotherm is right over the Washington / Baltimore area and a closed -30C isotherm is over Wisconsin.
For reference, -20C (-4F) at 850 millibars -- which is approximately 5,000 feet or 1.5km altitude (obviously the height of these pressure surfaces vary) translates at the dry adiabtic lapse rate of 9.8C/km into -5C (23F) at the surface while -30C (-22F) translates into -15C (5F) at the surface. On a cold, dry night, you would expect a more or less dry adiabatic lapse rate. I think. It has been a while since my meteorology days.
Boo.

Gary, Chester -- Correct me if I'm wrong on this.


Gary explained to me that in an Arctic air mass, lapse rate is NOT dry adiabatic, and in fact, the atmosphere is more or less isothermal between 850mb and the surface. This is especially true at night. During the day, there might be about a 5C difference, unless the ground is blanketed in snow. Thus, the 850mb temp. is much closer to the surface temp. in these situations.
At least there is some needed rain in the forecast. 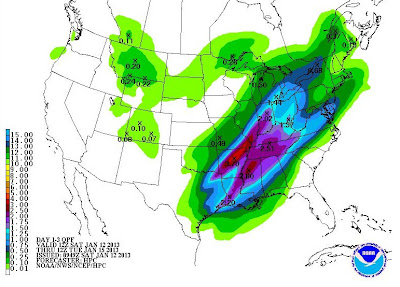 
OK, that really is all for now. I need to get ready and go to the gym this afternoon and then grocery shopping. I may get a haircut, too. I'm not really sure what I'm doing tonight -- probably just the weekend nighttime usual.
--Regulus
Posted by Regulus at 2:22 PM