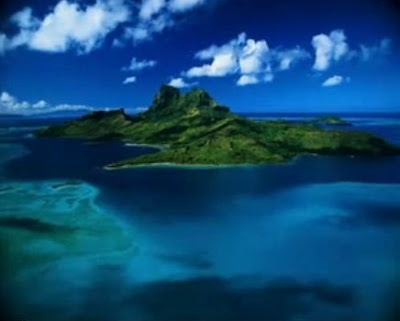 Aerial view of a rugged and densely forested tropical island (more than likely in the "endless blue" of the South Pacific).
Instead of posting any of the pictures I took or trying to find relevant political ones (from Bartcop* or elsewhere), I will instead post a series of screen captured images from the YouTube video to the Paul Hardcastle piece Bird Island that I posted last night as part of my weekly Friday night musical interlude entry.
As a result, I do not know for sure where the images were taken. For that reason, there are no captions. They are numbered sequentially in the order that they appear as shifting stills.
*Well, OK, I'll post this one I saw on Bartcop (Vol. 2993): 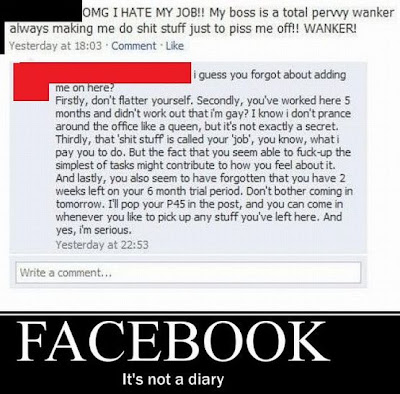 Ha ha
I'm not sure if its legit but it's still a humorous reminder to be mindful of certain important things for those of us who must work regularly. The P45 means it comes from the UK or Ireland.
*******


Well, I tried to update this blog but I simply couldn't do it tonight. I'll try again tomorrow although I'm apprehensive about popping off on any and all topics, including the things that upset me** and why I am so apprehensive about 2013.
In short, I'm dreading 2013. 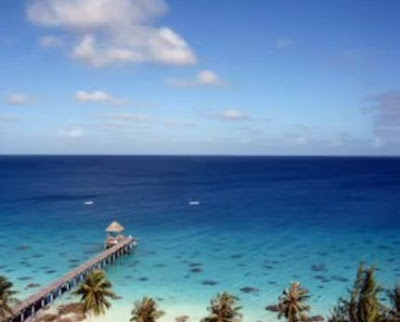 
(1) America's rightwing-hijacked politics with and the worthless corporate media that cover and (especially here in D.C.) enable this radicalism (through their false-balance "objectivity").
(2) The lack of any weather of note in Washington, D.C., especially in winter, even as the regional climate is in the process of warming to at least that of the historical Atlanta, Ga., level.
(3) ANYTHING having to do with M. Wade Tipamillyun and his Oooza the Unloved Crow Creature for many reasons. What a protected little coocoon it is in which they live. 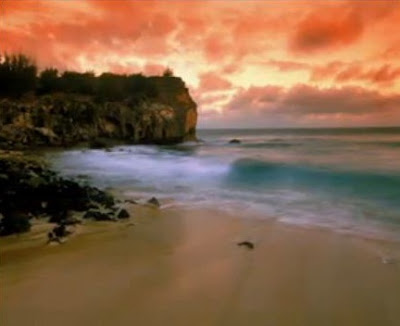 On that first topic, I fear that the neo-Confederate radicals in Congress (who make up the essence of the Teabaggers) and the forces of quasi-fascist and pluotcratic corporate oligarchy -- not to mention the media hucksters, shills, and carnival barkers that form the tail wagging the GOP dog (see Jonathan Bernstein's piece linked below) really are going to go all out to blow up the country this year -- part of their never ending effort to obliterate the last of the New Deal and Great Society efforts and return America politically, economically, and culturally to circa 1885.
The media will just treat it as so much horserace spectacle to be admired in some nihilistic sense of who has the better "strategy." 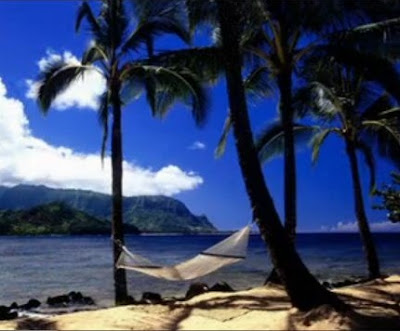 As Michael Lind would surely concur, there is a precedent for Confederate radicals -- when they can't get what they want -- just blowing up everything. Of course, people such as Fred Hiatt are professionally and probably personally / morally incapable of seeing this reality.
All of this was prompted by my sudden realization that the GOP radicals are indeed likely to force a default and/or prolonged Federal Government shutdown, which would have dire financial and life consequences for me by jeopardizing my job and livelihood. 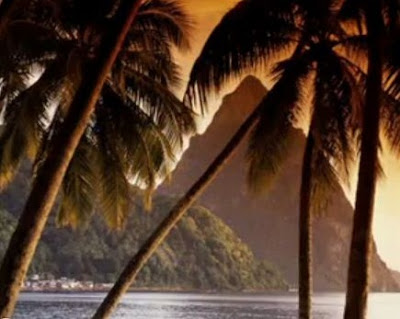 I saw in the rules of our 401K program that it is permissible to take the money out in order to avoid being evicted or foreclosed from a principle residence (i.e., my dusty little 5th floor cave of an apartment here in Washington, D.C.).
That would buy me at least 3 and probably more like 4 months, by which time the issue would have been resolved because Pres. Obama "out of respect for the process" -- and taking his cues from The WaHoPo Editorial Board and the "entitlement reform" fetish designed to gut Social Security and Medicare and give it to Wall Street crooks and put it on the backs of the old poor, respectively -- will have caved on everything. 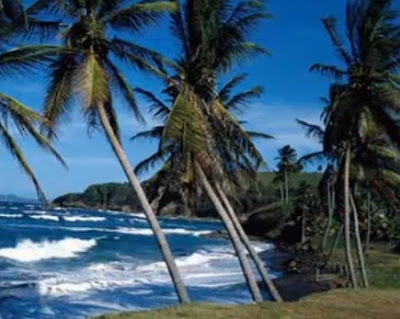 Anyway, instead of going on and on (and on) about this, I'll just post some links -- in this case, all from Salon but still very worthwhile.
Welcome to the new Civil War by Andrew O'Hehir


Sub-headline: "Lincoln's unfinished war rages on, as the neo-Confederacy tries to turn back the clock on women, gays, God and guns" 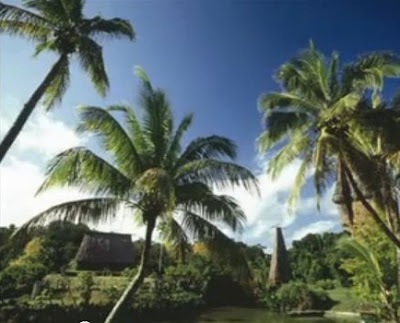 GOP: The clowns are in charge by Jonathan Bernstein
Lesson of the failed Boehner coup: We're dealing with idiots by Alex Pareene
Favorite lines: "Rep. Tim Huelskamp, R-Kan., who held an iPad listing the names of would-be anti-Boehner conspirators in full view of a journalist's camera, is an idiot. He is not just a person whose politics I find distasteful or extremist, he is a dumber-than-average human." 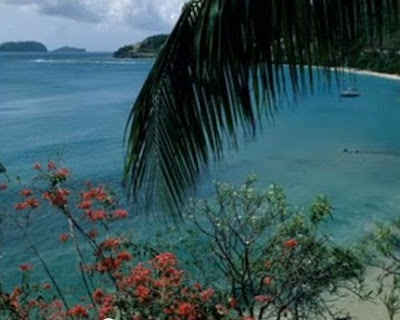 As I wrote in my previous entry, part of me (at least sometimes) is just fine with the idea of having the old Confederacy plus some other states leave the Union and form their own (horrifying) country. Obviously, that's not going to happen.
Before I finish this topic, I should also note that I've been enjoying reading Jonathan Chait lately. His Jan. 3rd piece linked here was quite enjoyable for me. I especially liked the part about how the GOP crazies, while not ideologically different from "mainstream" Republicans in Congress such as Speaker Boehner or Sen. Mitch McConnell, simply totally fail to grasp what it means to "formulate rational plans to obtain their (dreadful) goals." 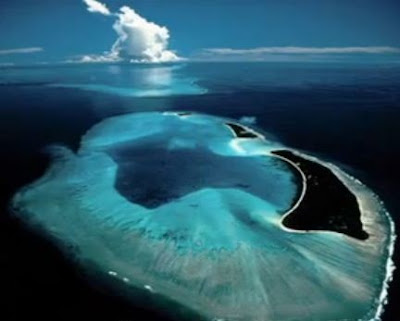 As for the second topic mentioned above,  I won't even start on that except to say simply no weather of any note forthcoming for at least five days, and I think it is going to be quite a dry year (well below average precip) with a hellishly hot, smelly (here in the city) and disgusting summer punctuated by a biweekly short-lived violent thunderstorm, which fails to drop any rainfall "officially" at frickin' National Airport. But the Sterling LWX crew -- not to mention the Sue Palka-cabra creature and Doug Hill -- will be very happy.
As for that likely bogus bit of light snow forecasted for tonight, I'll believe it when I see it.
Sigh. Does anything ever go right?
And out of respect for everyone, I'll avoid the third topic entirely. 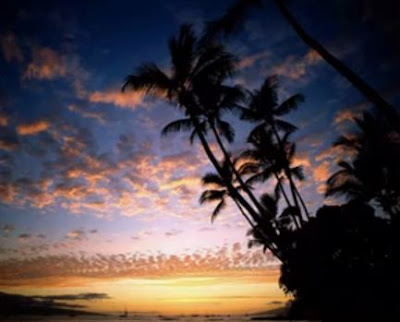 Instead, I'll switch topics to note that my flu or whatever this malady afflicting me recently (as well as lots of other people) has suddenly come back with a vengence and I feel fatigued, congested, sinus headachy, and a little fevered, though I can still gad about and do most things.
Having said that, I am still planning on going to No. 9 tonight. I went to Nellie's last night -- after going to The Saloon on U Street for dinner. So many of the Nellie's bartenders are straight guys -- and I get along with them well. I have some pictures from last night -- just my usual cellphone blurry ones -- but my plan is to post them in my next entry.
OK, I guess that's all for now. 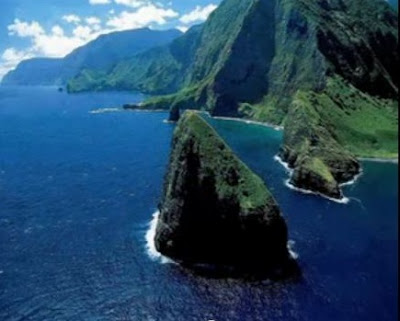 I wonder if this is in the Marquesas Islands ("powerful beauty" was how they were once described by the late George Page on a Nature episode). Or maybe its from Reunion Island in the Indian Ocean? It's definitely not the Maldives!
*******


I'll try to update the blog tomorrow night but if not, it will be Monday or Tuesday.
--Regulus