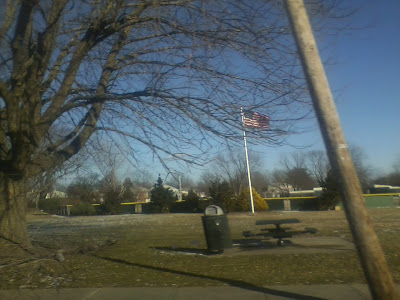 
So I made it to New Jersey for my great Aunt Babe's 100th birthday party, and I also saw both my childhood friends Chris C. and Jonathan. This entry is just an overview, and the pictures in it are just a preview of the larger set I intend to post in a few upcoming entries. 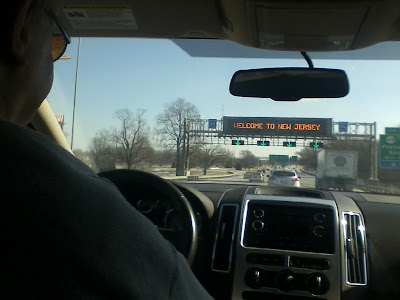 
This entry is coming to you from New Jersey, specifically, West Long Branch in the Holiday Inn Express* in the small "business center" on a quiet Sunday night. I am returning to D.C. tomorrow.
*This is the same hotel I stayed back in September 2008 for a few days when my dad came up here for his 50th high school reunion. 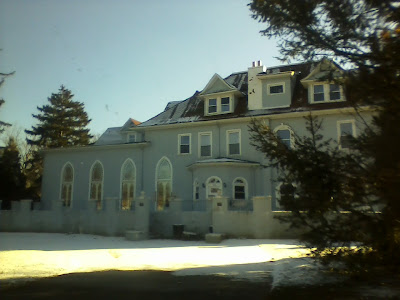 
I came up here with my parents, who came separately, to go to the 100th birthday party of my great Aunt Babe that was held today at Branches in West Long Branch, N.J. 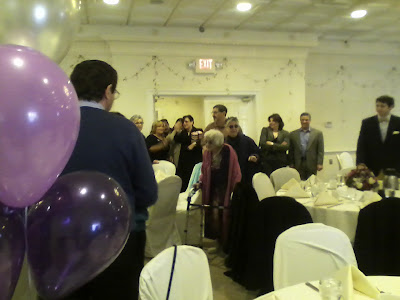 
Aunt Babe refers to Leonilda Frances "Babe" Christopher (nee Acerra), the younger sister of my late paternal grandmother and one of the last four surviving Acerra children of the original clan of 16 (all four of whom were at today's event).
The other three are last of the brothers that made up the all-brothers baseball team that is the subject of the book Brothers at Bat. 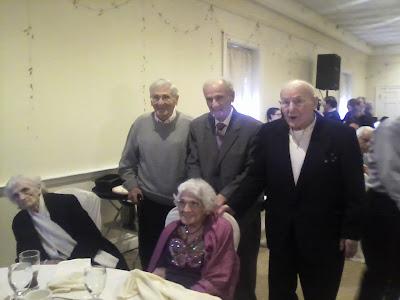 The 100 year old birthday girl, my Aunt Babe, is the seated guest of honor while her three younger brothers including (left to right) Uncle Freddie, Uncle Eddie, and Uncle "Bubby" (Richard) at Branches, West Long Branch, N.J., 2:54PM, January 27, 2013.
(That other lady on the left is my great Aunt Tessie. She is the widow of one of the other Acerra boys who died some years ago.)
*******


It was a wonderful event that brought together people I've not seen in decades including great aunts, great uncles, and second and third (and fourth?) cousins with approx. 130 in attendance. 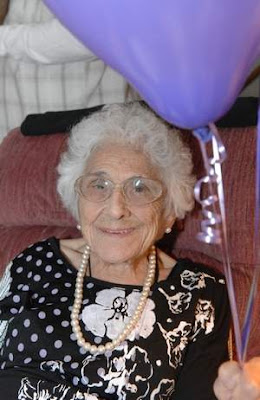 There was a nice write up about Aunt Babe's 100th birthday in today's print Asbury Park Press. The online version is available here ("Acerra family member now a centenarian"). The picture at left is from that article.

I knew the part about her actual name of Leonilda, but I didn't know the actual birth date part (Jan. 24th rather than Jan. 26th). It appears that her birth did not get registered until January 26th. 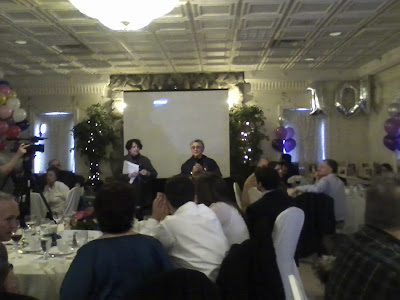 
I have about 60 pictures I took that I'd like to post plus additional ones that others took both at the Harbor Grill in Atlantic Highlands last night where I met Chris (his sister owns the place) and at today's main 100th birthday party event. There may also be a few more tomorrow as we are returning to D.C. via the Cape May - Lewes ferry and Eastern Shore route. 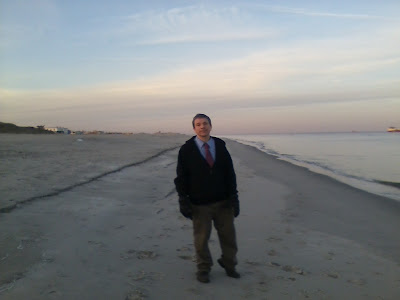 Yours truly on the beach in Sea Bright, N.J., 4:55PM January 27, 2013.
The ocean was extremely calm. Behind in in the far distance -- about 25 to 30 miles as the crow flies -- is New York City with the skyline of Manhattan clearly visible on a clear day such as this. I have had more dreams in my life of that skyline or some variation of it -- and trying to reach it, including actually flying --  than any other dream.
*******


Whatever the number, it is going to take me at least two entries and maybe three to post all of them. I will try to get the first entry posted in the next day or two.I think I will post the first day's pictures in a single entry, then the birthday party ones in a second entry, and finally those that I took with Jonathan in Sea Bright** this evening plus any from tomorrow in a third / final entry. 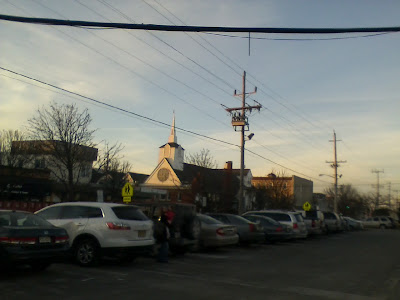 
**There was extensive damage from Hurricane Sandy but it wasn't anywhere near the total devastation that I had assumed. Massive quantities of sand have been piled onto the beaches in places (removed from the boro's streets?). 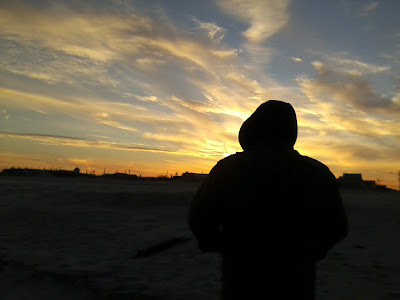 Jonathan on the beach and silhouetted on the sunset sky, Sea Bright, N.J., 5:00PM January 27, 2013.
Jon(athan) was my best friend from my 1970s childhood and 1980s teenage summer years spent at the old Tradewinds Beach Club (long gone now). He is also the former drummer in the Monster Magnet rock band.
*******


I should mention that there are also photos from the event that I would like to get a hold of and post on this blog -- including a few of Aunt Babe and my grandmother on a long-ago trip to Washington, D.C., circa 1935, the two of them standing in front of the Lincoln Memorial. I had ever seen that picture before in my life.
OK, that's all for now, although I have to post this picture of my parents together ... 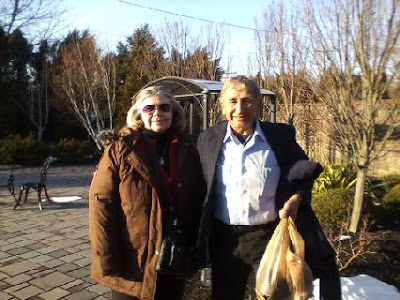 
OK, that really is all for now. My next planned update should be in the next few days, and (barring something else major) I intend it to be part 1 of the three-part New Jersey weekend trip series.
--Regulus