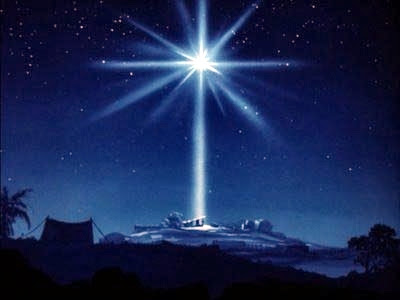 This entry features some additional political commentary about ongoing events that I wanted to post yesterday but simply ran out of time and accompanying images. There really are no Christmas themes to it.
Rather, all the events are just the usual dreadfulness and execrable-ness that defines the mind-bending readity of Gnosticism's  God Demiurge. 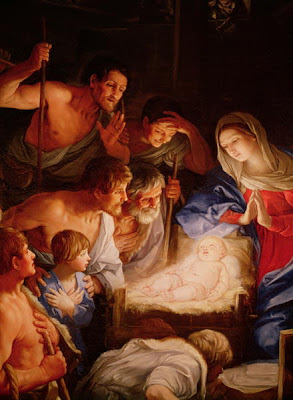 Gnosticism posits an evil-ish God Demiurge and a perfect but unknowable God Monad (similar to the Hebrew Yahweh, except not prone to the Latter's non-perfect fits of bipolar rage). 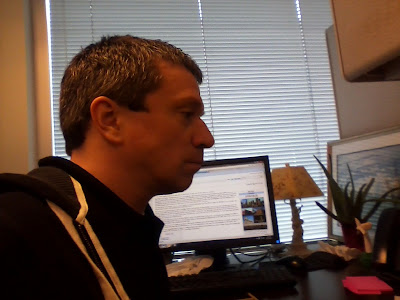 But then again, I don't really help anyone except myself, so maybe this is a problematic lament.
*******


On Saturday (yesterday), the two main New York City tabloids -- both the New York Post and the Daily News -- savaged the NRA's Wayne LaPierre after his bizarre and borderline delusional "press conference" on Friday that represented his organization's "official response" to the Sandy Hook Elementary School massacre of 6 and 7 year olds and their teachers exactly one week earlier. 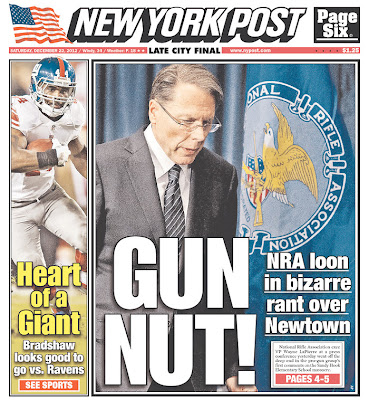 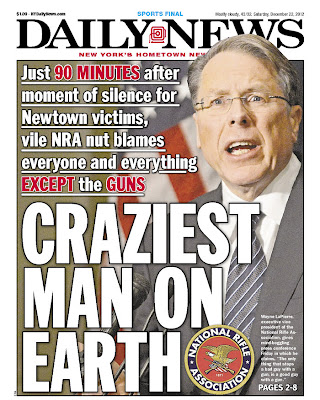 
Check out Lawrence O'Donnell's take on it here on his show on Friday night. (It's about 18-1/2 minutes long but worth watching.)
Wayne LaPierrePissoire was also on NBC's Meet the Whore earlier today and useless David Gregory was slightly less useless than usual.
This raises another important topic ... 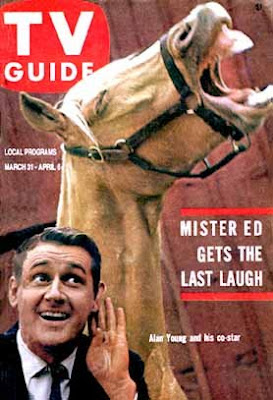 The three main network "public affairs" shows -- Meet the Whore, Face the Whore, and This Whore -- plus Fox Whore Sunday all feature a STRONG tilt toward Republican / conservative guests.

The three network three ones also worship at the altar of the WaHoPo Editorial Board-style "Washington Consensus" on global corporate capitalism and "free trade" at the expense of the American working class, wars of aggression based on utopian American notions and trillion dollar military spending, and unchecked resource extraction -- all for the purposes of a debt-fueled, asset bubble-driven, hyper-consumerist perpetual motion machine economy that devours life itself.


The tilt of the composition of the guests is well documented time and time again.
Is it any wonder that Howie "Mistah" Kurtz used to get all tingly back in the early 2000s when he talked about "the Russert primary" of a candidate appearing on Meet the Whore?

But just for reference, directly above and directly below are figures from Media Matters report about these shows' guests back in 2005 - 2006 -- and I would be shocked if it has much changed.

In this same spirit, Alex Pareene released his annual Hack List for 2012 last week and in 4th place were the Sunday talk shows. (I'm not sure how long both these two links will work.)
As he wrote: 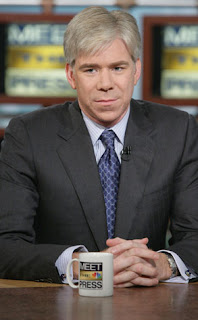 "But people watch these shows. Millions of people. More people watch 'Meet the Press' than 'The Daily Show.' Most of those people are quite old, but it's still the case that a significant portion of the American people are learning the contours of the great public debates of our time from David Gregory interviewing Lindsey Graham."


And guess who was one of David Gregory's Meet the Whore guests earlier today...
Why, it was none other than, yes, Sen. Lindsey Graham (R - Gay). 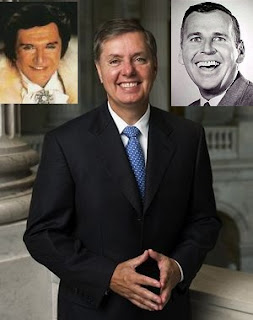 Gregory asked gay-ly smiling Graham to provide his insight about reducing American-levels of non-gay gun violence. He declared that this was SUCH a GAY question because NOTHING can be done to stop mass killings using non-gay-ly colored high-powered assault weapons and massive magazine clips and/or "drums" because THAT'S flippin' freedom against the gay threats in the fevered imaginations of non-gay white American men.

As this FBI National Instant Criminal Background Check System chart of checks initiated from Nov. 1998 to Oct. 2012 shows, there have been 156 million background checks for gun purchases carried out from November 1998 to October 2012 (the last month for which published data exists). It also shows that about 40 percent of those checks have occurred in the 4 years since President Obama was first elected.

This explosion in (attempted) firearms purchases coincides (probably not coincidentally) with the election of a black (well, really mixed race) president. Now part of it may just be the bad economic conditions, or even perhaps a more robust FBI background check system.

But it also points to the sheer size of the firearms fetishizing, the apocalypse-is-nigh crowd in America with its psycho-sexual fantasies about coming societal collapse and the need to fend off the satanic and/or non-white hordes coming for their guns, property, dogs, and wives and/or children (yes, in that order). 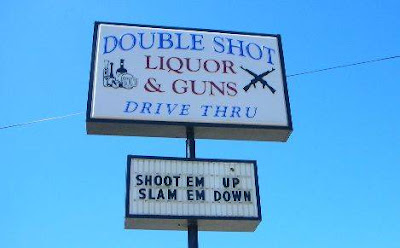 And, OF COURSE, the numbers will spike to record highs in December 2012 as a result of this whole post-Sandy Hook massacre discussion. 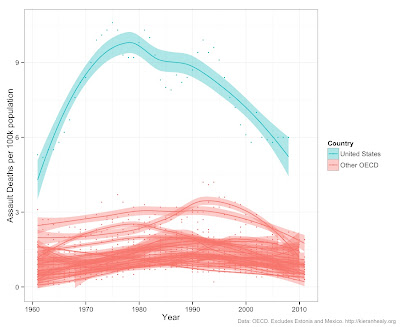 Assault deaths per 100,000 people -- U.S. compared to other OECD nations, 1960 - 2010.
Cue the Lee Greenwood tape: "And I'm proud to be an American / Where at least I know I'm free ..."
Oh, and Merry Christmas from the Baby Jesus. Anybody got any photos of a Nativity scene in a gun shop -- preferably one set up in some such place as Alabama or Arkansas to defy the chimerical liberal "War on Christmas"?
*******

As for the Republican Party's vortex of insanity these days ... 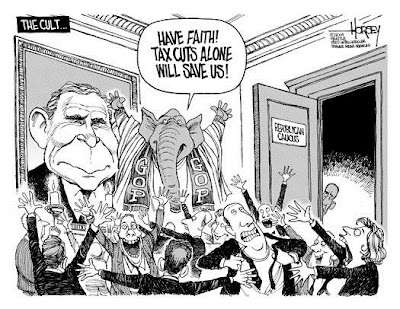 I read this piece by Thomas Friedman from yesterday. Ordinarily, I avoid Friedman's op-eds for reasons that Matt Taibbi and Alex Pareene have pointed out -- Taibbi repeatedly, though mostly famously here ("I was in Dubai with the general counsel of BP last year, watching 500 Balinese textile workers get on a train, when suddenly I said to mayself ..."), and Alex Pareene this past week as part of his aforementioned annual Hack List.
But this Friedman piece is worthwhile to me because he talks about the insane GOP base and I liked this quote: 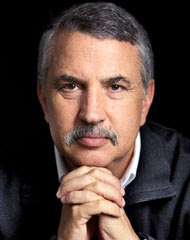 "But if Republicans continue to be led around by, and live in fear of, a base that denies global warming after Hurricane Sandy and refuses to ban assault weapons after Sandy Hook -- a base that would rather see every American's taxes rise rather than increase taxes on millionaires -- the party has no future. It can't win with a base that is at war with math, physics, human biology, economics and common-sense gun laws all at the same time."

Two points: First, I'm not so sure about that. Secondly, until I read this, I didn't realize how the name "Sandy" appeared in what are surely two of the biggest events of the year. (I guess the election is the third.)


I also wanted to note this analysis piece by Charles Babington of the Associated Press -- that bastion of what Paul Krugman has so famously described as the "Views Differ on Shape of Earth" false-balance narrative of the mainstream media -- in which he states the obvious: The "uncompromising" (read: insane) conservative House Republicans (read: Tea Party crazies) has led to the current and wholly unnecessary "fiscal cliff" mess. 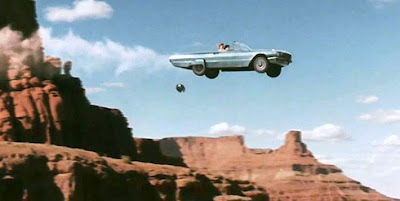 Remember, Pres. Obama was ready to give away more than half of the store -- again -- to the GOP as almost did in 2011, only to have this fundamental radicalism and visceral hostility to basic governing, rational discourse, and even long-term self-interest on the part of the House Republicans nix any possibility of (whatever its contents or merits) a "Grand Bargain" deal. 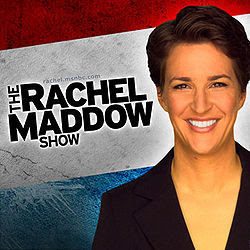 Rachel Maddow had a very good synopsis on her show on Thursday night of the whole chaotic mess -- including the disaster that night when Speaker John Boehner had to nix voting on his own weird "Plan B."


As for what happens after we "go over the cliff," Jared Bernstein of the CBPP had this to say. (Bernstein was on the same Maddow show segment linked above after her lead in.) 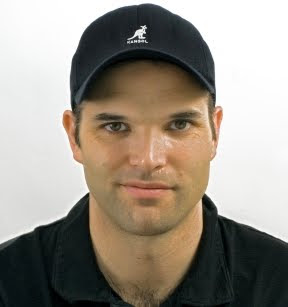 Finally, speaking of Matt Taibbi, I want to note his Dec. 20th blog post. Taibbi wrote how Glenn Hubbard, in an act of kharmic justice, was in a legal deposition as part of MBIA's lawsuit against Bank of America and Countrywide concerning his role as a financial advisor to the latter.


During this deposition, it was revealed that Hubbard -- a big-name rightwing economist who counseled Dubya and Romney and who presently is Dean of the Columbia University Graduate School of Business -- is paid $1,200 an hour  for his "consultation" services. For that fee, he provided bullshit analysis about how Countrywide's mortgages were no worse than those of other mortgage originators. (It turns out he was comparing two piles of subprime / otherwise worthless mortgages, hence his "expert" findings.)
The best lines: 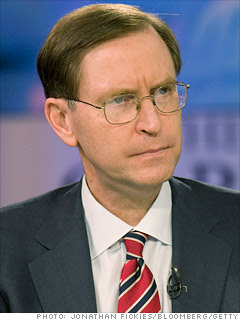 "It was fair to ask how much Goldman's 'Global Markets Institute' had to pay one of the Ivy League's leading minds to endorse the giant daisy chains " -- ha ha -- "of credit default swaps and collateralized debt obligations that led to the crisis – it was quite a coup, after all, like getting the Dean of Harvard Medical School to pose in public smoking a pack of Kools ...


"Twelve hundred dollars an hour in America buys high-end companionship that can run a little bit kinky, if that's where your needs lay. And that's exactly what MBIA got with Hubbard's research."
Ha ha