Pareene and Reich on House Republicans and the Impending Fiscal Cliff 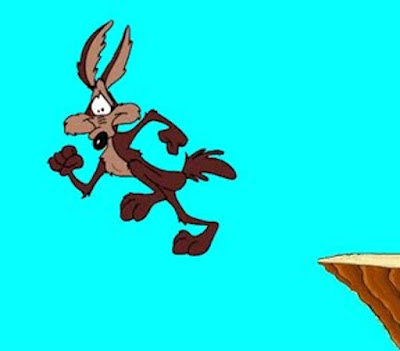 
The following are excerpts of two columns I think make important points ahead of the looming and wholly contrived "Fiscal Cliff" crisis ...
GOP hasn't fallen off a cliff


No matter how destructive and harmful and foolish they've been this month, they'll bounce back
by Alex Pareene, Salon.com 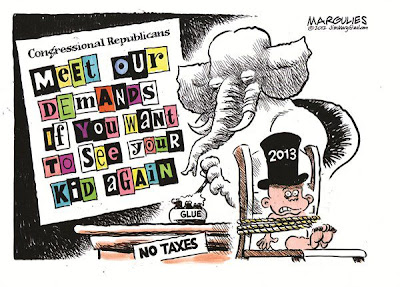 "[R]egardless of how completely lost the Republican party is -- and they are well and truly lost, and not currently 'negotiating' with anything resembling a coherent plan or unified voice -- they will emerge from the current mess unscathed. 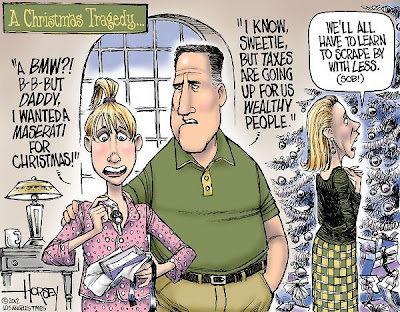 "It really doesn't matter how awful the Republicans are, because a) they've got a gerrymandered House majority that is practically guaranteed through 2020 and b) American history teaches us that Americans vote for each party about 50% of the time almost no matter what. The GOP currently can't scrape together national popular vote majorities, and they keep losing gimme Senate races, but that'll self-correct in a couple of years, even if they spend those couple of years acting like lunatics and purposely blowing up the economy. 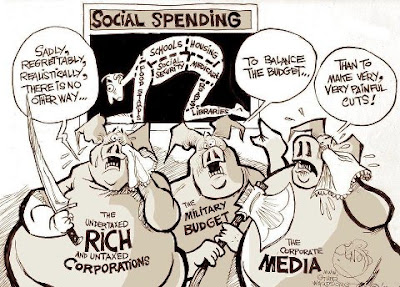 "Americans don't really punish political parties for longer than a few election cycles, and they save that punishment for truly monumental disasters. In the meantime, Republicans still control a majority of state legislatures, and they have complete control of the government in 24 states. They have the power to enact the entire conservative agenda in nearly half the country. They're fine. If they blow up the economy, do you know who people -- and much of the press -- will blame? 'Congress.' Or 'partisanship.' Or 'dysfunction.' Or Obama. 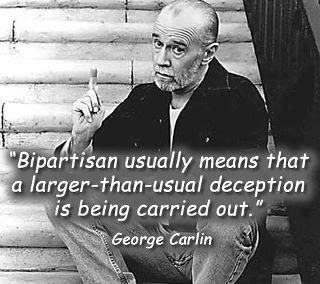 Bob Woodward already wrote a book about how irresponsible it was for Obama not to somehow force House Republicans to act reasonably and rationally, and he will definitely be happy to write another one... 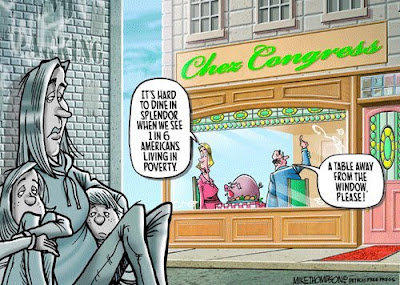 "The idea of the Republican Party getting replaced, like the Whigs, in our lifetimes, is slim. And unless that happens, they'll return to power, because America thinks one-party rule is unnatural ...
"So, cheer up, National Review cruisers! You'll probably win the House, Senate and presidency in 2020."
******* 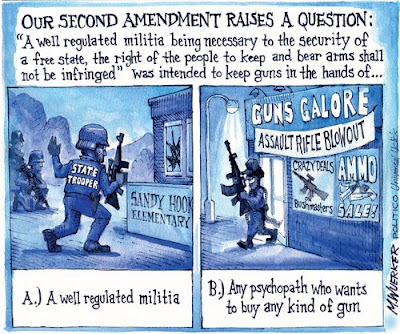 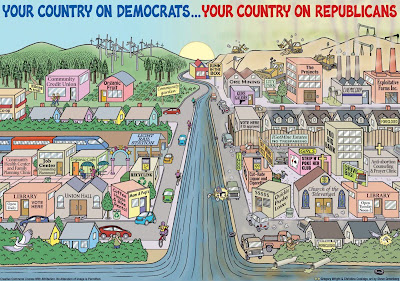 Click for a larger version -- the Republican country side is kind of funny. Note there is a "Guns Galore" here, too, as in the preceding image. I think the funniest name is the "Strip 'N' Poke Her Club."
Note the air temperature difference on both sides -- 72F as recorded atop the "Recycling" center versus 99F as recorded the "Cut Rate Liquor and Cigarettes" store. The Democratic side should have a few gay bars as well.
*******


"Democrats are confident that even if the nation technically goes over the cliff January 1, Boehner will bring such a bill [extending the Bush tax cuts to the first $250,000 of everyone’s income] to the floor soon after January 3 -- once House Republicans have reelected him Speaker -- and it will get passed.
"But this assumes Boehner and the GOP will be any more swayed by public opinion than they are now. 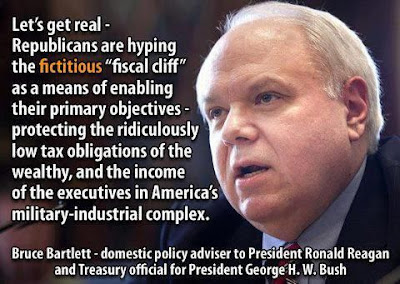 "Public opinion is already running strongly in favor of President Obama and the Democrats, and against the GOP. In the latest CNN/ORC poll, 48 percent say they’ll blame Republicans if no deal is reached while 37 percent blame Obama. Confidence in congressional Republicans is hovering at about 30 percent; Obama is enjoying the confidence of 46 percent. And over half of all Americans think the GOP is too extreme.
"Yet Republicans haven't budged. The fact is, they may not care a hoot about the opinions of most Americans. 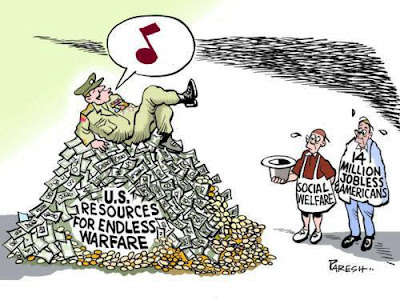 "That's because the national party is in disarray. Boehner isn't worried about a challenge to his leadership; no challenger has emerged. The real issue is neither he nor anyone else is in charge of the GOP. Romney's loss, along with the erosion of their majority in the House and Democratic gains in the Senate, has left a vacuum at the top. 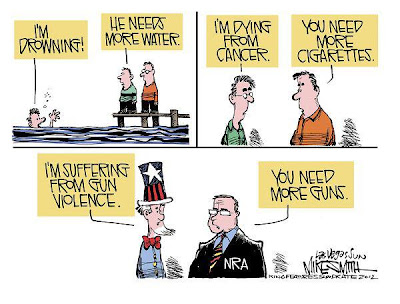 "House Republicans don't run nationally. They run only in their own districts -- which, because of gerrymandering, are growing even more purely Republican. Their major concern is being reelected in 2014, and their biggest potential obstacle is a primary challenge from the right.
"The combination of a weakened national party and more intense competition in primaries is making the Republican Party relatively impervious to national opinion."
"This poses a large strategic problem for the Democrats. It could be an even bigger problem for the nation."
******* 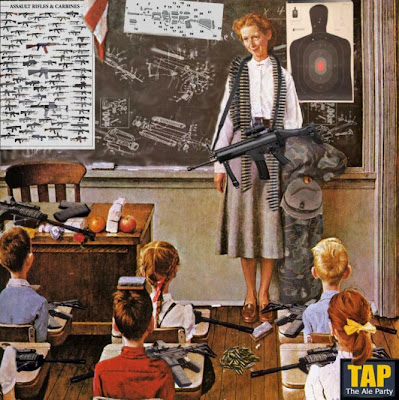 Ha ha
(In case you're wondering, this is a parody of the Norman Rockwell's "Happy Birthday, Miss Jones" from the coverof the March 17, 1956 Saturday Evening Post. Or maybe I should just say this is the NRA Dream World.)
*******


OK, I would like to take care of some blog house-keeping and post between now and New Year's Eve a few more entries that I have been meaning to post.
--Regulus