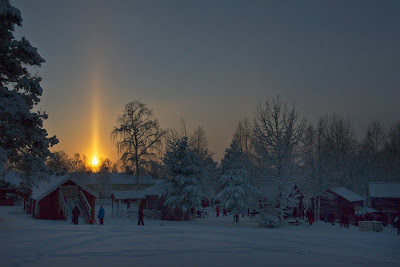 A sun-pillar reflects light from the setting Sun over Östersund, Sweden as shown in this December 18, 2012 APOD. Photo by Göran Strand.
We won't be seeing any snowy scenes such as this in our area this winter -- which begins astronomically this Friday, Dec. 21st, which is also the same day as the Mayan calendar non-end-of-the-world "end of the world" thing.
*******


Just a quick late night update since my previous entry was a wee negative.
My work day was OK and I'm nearing completion (finally) on another one of these lengthy compliance reports I do (associated with my current long-term assignment). I then went to the YMCA, where I had a decent workout solo workout at first(cardio) and then a somewhat shortened one with my personal trainer (we are going to have a make-up session tomorrow). 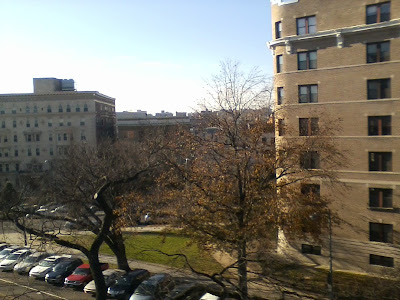 
I think Tony and I are actually going to go out one weekend night -- I'm taking him to dinner (probably at Old Ebbitt Grill) the weekend before New Years -- and I may take him to a couple other places on another weekend. He expressed some curiosity / interest in seeing them (yes, we had that conversation tonight, and no, he is not).
As it is, I've been quite chagrined that I am unable to lose an additional 10 pounds around the mid-section -- flab -- despite my ongoing efforts. I knew this was going to happen. 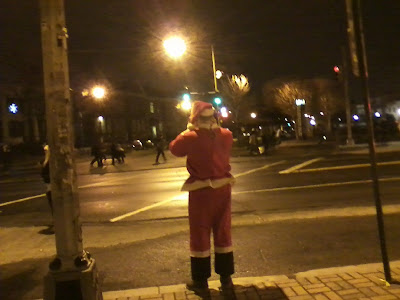 
It is an abnormally warm night with scattered rainshowers in the D.C. area -- there was even a brief, heavy downpour around Dupont Circle, though KDCA only had 0.05" of rainfall. This followed a very gloomy and rather foggy day that disrupted air travel at both National and BWI Airports.
According to the daily KDCA (National Airport) climo summary for 12/17/2012, the air temperature was 55F at 11:34PM -- only 9F above the normal daily high of 46F. And after today, the monthly departure at KDCA for the first 17 days of December certainly will be in excess of +7F. We are still cruising toward a record warm December at this rate.
Updated 9:17AM 12/18/2012:


There remains a near complete lack of any cold air over most of the eastern two-thirds of the United States. The GFS keeps forecasting Arctic outbreaks at Day 12 to 15 (the farthest stretch of its operational run) but it's been doing that for weeks now. 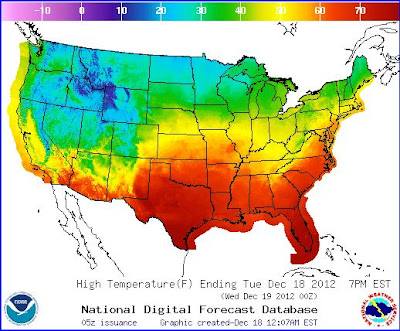 
OK, I wrote up a whole political commentary part re. the aftermath of what happened in Connecticut on Friday but I couldn't even begin to arrange / format it with images, etc., so I'm removing the whole damn thing.
My next update will either be tomorrow night or Thursday night.
--Regulus