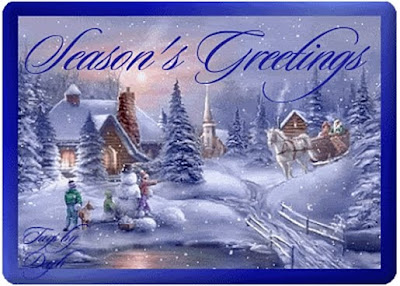 I would like to start out this entry by noting that so far this holiday season,  I have bought NO ONE a Christmas card, much less a gift. And for record-keeping purposes, I have received a grand total of 2 cards so far (from Quill and a former co-worker / friend who is moving to Chicago for a new job).
*******


Today was blustery and chilly day with gusty winds following the rainy frontal passage the other day -- or rather, today was an AVERAGE December 22nd day with a high of 45F this afternoon at KDCA, which is exactly normal for the day. KBWI and KIAD both reached 42F or 1F and 2F below the normal daily high, respectively.
The month through Dec. 21st is still running far above normal including +7.6F at KDCA, +7.7F at KBWI, and +7.4F at KIAD.


Now the weather looks to be "normal" to slighly below normal the next week or so -- so it will feel quite cold -- and there are at least three chances of precipitation including Christmas Eve and a bigger potential event next Wednesday. 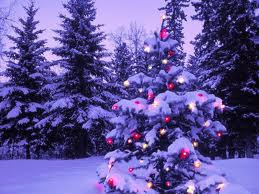 The Christmas Eve one is likely to be all rain and the Wednesday one will (at best) be a mixed one. So keep on dreamin' of that fantasy snowy white Christmas.


I made it to the gym today and it was reasonable work out overall including treadmill (on the "Cascades / Level 8" path) and weight-lifting and swimming pool, so that was good. However, my overall weight has bottomed at about 164 pounds. I had hoped to get down to 155 pounds or so but that's not really happening -- and I'm still too intractably flabby in that midriff region even having lost 20 pounds overall and shifting at least 25 pounds out of fat since I started by gym routine six months ago (June 23rd). 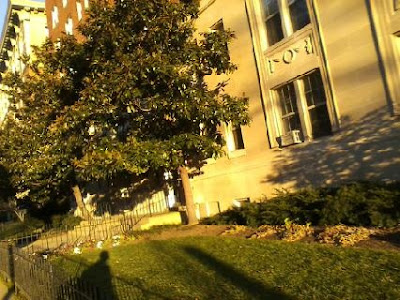 The sunlit exterior my apartment building in Washington, D.C., 4:08PM, December 22, 2012 right around the shortest day of the year.


The pictures in this entry from today were taken as I walked to the gym earlier.
*******
As for other items, my paycheck arrived electronically today -- rather than Monday -- and so (as the saying goes) with two nickles to rub together, I can buy some clothes, as I have been meaing to do. I probably should also get my mom a present.  Also, I haven't talked to my dad in a couple of weeks, and I need to call him. 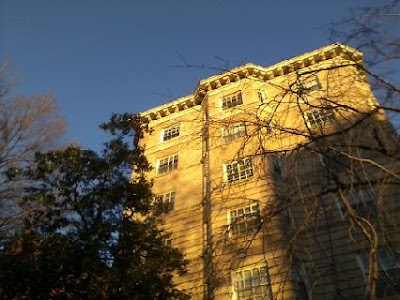 
Tonight, I'm going to do a solo dinner either at Old Ebbitt Grill or Daily Grill and then go to No. 9 or perhaps Nellie's. I went to No. 9 last night where I met Gary and we had a fairly good time. 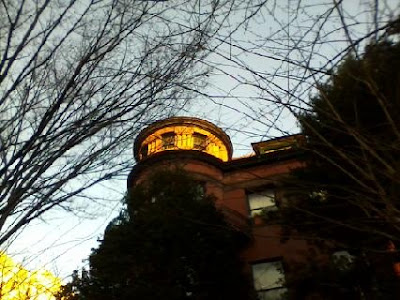 The turret on the corner house at 1633 16th Street NW (right at the intersection with R Street), Washington, D.C., captures the last moments of setting sunlight, 4:16PM, Dec. 22, 2012.
This is probably my favorite house on 16th Street in my neighborhood -- I would love to have that top turret as a room (though it is true that I don't know what it actually looks like in there).
*******


I had planned to meet my mom in College Park tomorrow at the Metro station and go to Millersville with her for a two-and-a-half day Christmas visit, but we changed it to meeting there on Monday. We're still supposed to go on Christmas Day to the Chart House in Annapolis along with Ray and Gary joining us. I will then ride back into D.C. that night with him. I have Monday off -- Pres. Obama gave Federal workers off and as a Federal contractor, I got the day off too as a paid holiday thanks to my company's arrangement with its major client.

Lastly, I discovered that RCN jacked up my monthly cable / internet bill by $11 per month to $124.30 per month. Both my cable/internet and cellphone are quite high but I never do anything about it.

I was quite miffed, esp. given how few channels I actually watch*, and I was prepared to cancel the service and get Comcast, though I've heard bad things about their service and highly changeable monthly bills. 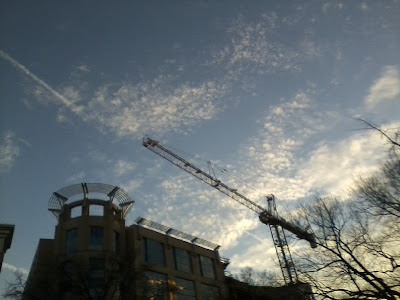 
Long story short, after one unsuccessful 10 minute phone conversation ("Look, can you accommodate me or not??" -- she could not) I spent about 40 minutes on the phone with a customer service rep. who -- to my surprise -- got me a new package that keeps everything as is AND adds something called a "digital" phone line (which, as near as I can tell, is the equivalent of the old land line). The relevant point here is that is supposedly has a promotional rate for the first year that's $15 lower per month. I'm not sure what my new bill will be but it should be (starting in February) around $105 per month.
I think.


Hopefully, this will work as planned and not blow up on me -- as in a cable/internet bill that's suddenly $160 per month. I'll just cancel the service if that happens. 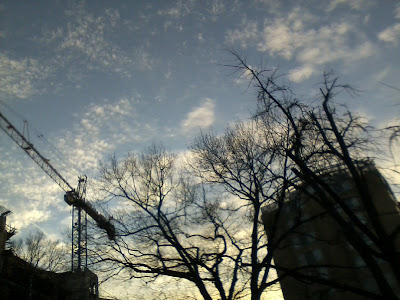 
Anyway, the cable guy is coming Friday to install it -- so I'll work from home that day and it really will be a short work week next week. (Of note, I had the SAME very heavy, very big, be-dreadlocked young black guy with a heavy West Indian accent as cable installer to install my cable TV at some point in 2005 or 2006 in previous apartment in this building as installed it in my very first apartment (in the Harrowgate) here in D.C. back in early 2001. I asked him if he wanted anything to drink -- as in a beverage -- the second time and he said, "NAAH, MAAAHHN, I'M STRAAAIGHT!" -- which simply meant he was not desiring a beverage. I think.)
In the meantime, and ahead of Christmas ...
**Updated 9:40PM 6/16/2014: Dead YouTube link replaced and other content removed.**
Judy Garland sings "Have Yourself a Merry Little Christmas" in the 1944 musical movie Meet Me in St. Louis.
And with that I will end this blog entry. I plan to update the blog tomorrow.
--Regulus
Posted by Regulus at 10:13 PM