The Entry That Wasn't ... at Least for Now 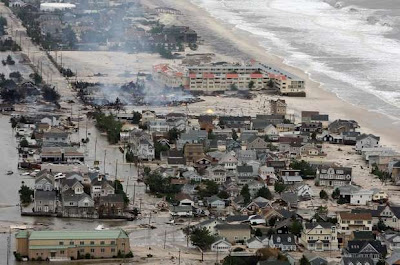 
Well, Gentle Readers, I tried to post another entry with a large number of pictures of the destruction caused by Hurricane Sandy to parts of New York City and the New Jersey shoreline communities including where I spent so many summers in the 1970s and 1980 (Sea Bright). However, I simply did not have time to finish the entry. It is 12:35AM at the time of posting just this entry.
I refer to pictures such as this one ... 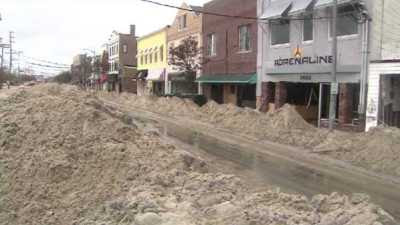 Sea Bright, N.J., in the aftermath of Hurricane Sandy on October 31, 2012 with massive quantities of sand filling the streets and the buildings flood and/or structurally damaged. The town (borough) is basically uninhabitable.
It's astonishing how much sand a hurricane can deposit -- it's like having a months' long, multi-million dollar Army Corps of Engineers beach replenishment project completed start to finish in, like, six hours.
####### 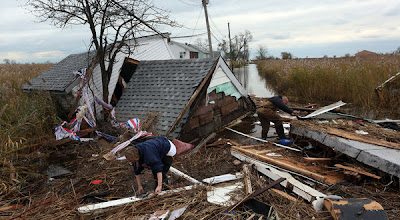 A destroyed home on Staten Island, New York City in the aftermath of Hurricane Sandy. This may have been taken on October 31st or Nov. 1st, 2012.
New York City's oft-overlooked and much-maligned borough of Staten Island as well as the Jersey shore were, along with the shore areas of Queens, the worst hit areas. The overall U.S. storm death toll is now 110 with 40 in New York City including 19 on Staten Island. Another approximately 65 died in Haiti and Cuba.
#######


So much like my Baltimore boundary tours posting, it may be that this entry is not posted for several days -- possibly even until next weekend. This is especially true owing the presidential election on Tuesday, a topic about which I am sure I will want to write.
And instead I'll just post two more pictures in this entry that I took over the weekend but really have nothing to do with anything. 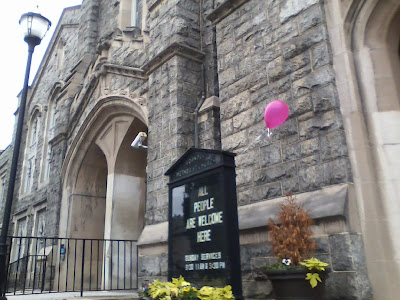 Foundry United Methodist Church along 16th Street NW, Washington, D.C., 5:12PM, Nov. 3, 2012. I was walking to the gym.
Of note, then-President Clinton and then-First Lady Hillary Clinton used to attend this church and I saw him one morning with his shock of white hair in the sunlight.Most of the time, though, it's just homeless people who sleep outside the church.
Oh, yes, this is my first posted picture with my new cellphone camera.
####### 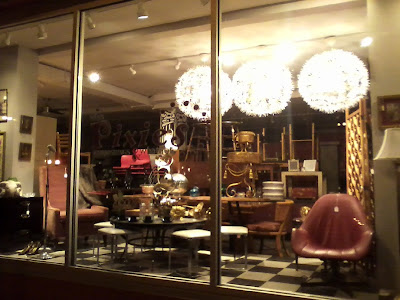 
I also need to discuss a possible health issue that I have, but I'll wait on that one until I actually see the doctor. It involves what may be migraine headaches or something else amiss upstairs.
#######


Oh, yes, on a political humorous note, here is Chris Rock explaining to white voters why Barack Obama is really white and thus should vote for him ...
I found really funny the line about Mitt Romney having more family members than the cast of a Tyler Perry movie. Likewise the part about Obama having a Portuguese Water Dog rather than a Rottweiler or pit bull.
OK, that's all for now. It is now Monday, and so it is into the work week and "into the (election) whirlwind ... "
--Regulus
Posted by Regulus at 12:36 AM