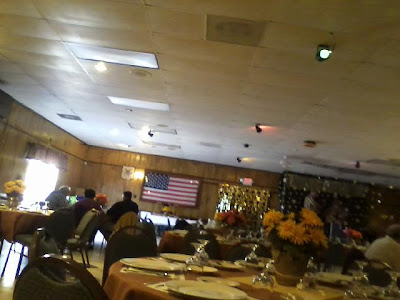 Tables set for the Thanksgiving dinner in the banquet hall of the American Legion Post 276, Severn, Md., 2:22PM, Nov. 22, 2012.
Clarification posted 4:11PM 11/25/2012: The American Legion Post 276 is located in Severn, Maryland, not Millersville. I have corrected the text of this entry but not the photo file names, which all still say Millersville. It would take too long to make that correction. As it is, Severn is a Census Designated Place and Millersville is an unincorporated community. The two are located next to each other in Anne Arundel County, Md.
####### 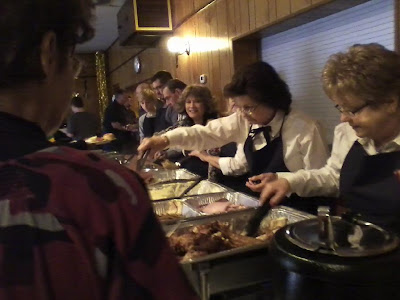 Friendly volunteers serving Thanksgiving dinner at the American Legion Post 276, Severn, Md., 2:09PM, Nov. 21, 2012.
The food was quite good including the turkey (which can sometimes be served dessicated dry).
#######


Nine of the pictures in this entry were taken this afternoon at the Thanksgiving dinner held for veterans and their families at the American Legion Post 276 in Severn here in Anny Runnell Kenny, Merlin (Anne Arundel County, Maryland). I went there with my mom and Ray, who is retired active Army and a Vietnam veteran. The event was well-organized and well-run by friendly folks and it was all free. Alas, it was not that crowded -- only about a third of the seats were occupied. 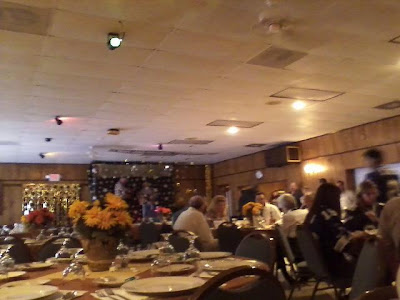 
These pictures were taken with my (new) cellphone (also) crummy camera, but they are interspersed with a regular blog entry on topics not related to the images (except insofar as it shows how different today was from my regular life). 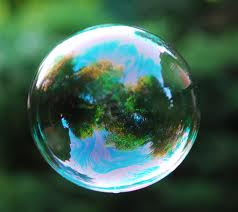 I return tomorrow afternoon back into the D.C. Bubble.

Assuming I get paid on time tomorrow, I will go out to dinner tomorrow night somewhere -- maybe Old Ebbitt Grill, Logan's Tavern again, or P.J. Clarke's (where I tried to go last weekend), or even Morton's Steakhouse. I imagine D.C. will still be rather vacated of its young yuppie population immediately after Thanksgiving, folks returning over the weekend. 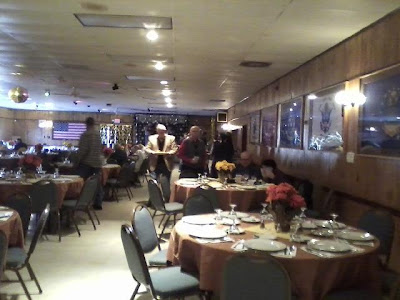 
Of note, Ruth's Chris (Heron?) Steakhouse has an interesting happy hour involving an all items $7 menu of wine and good-sized appetizers every day 5PM to 7PM except Saturdays, and provided you sit at the bar. (As it is, I ALWAYS sit at the bar.) I find that restaurant (at Connecticut Ave. and S Street NW) very cozy inside. As for tomorrow night, I guess I'll go to some combination of Larry's Lounge, No. 9, and/or Nellie's. Oh, and I quite liked the Federalist bar associated with the Madison where I went last week. 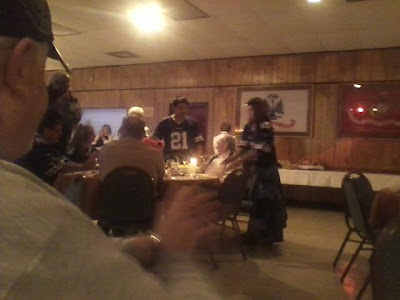 A man is honored on his coincidentally-timed 90th birthday at the Thanksgiving dinner being held at the American Legion Post 276, Severn, Md., 2:35PM, Nov. 22, 2012.
Of note, there was a nearly 93 year old woman at the table next to us.


Anyway, I plan to post a Friday night musical interlude entry and then on Saturday -- and if and only if it is AFTER I go to the gym -- I will post another one.
Specifically, it is a political-themed entry that I have been meaning to post for at least a week, and at this point, there are a whole series of excerpts and associated links that I want to post. However, these commentaries often have a relatively short relevancy half-life. 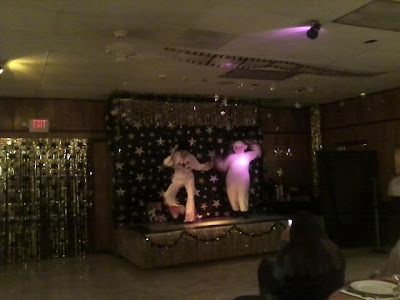 
Turkey-Talk: Political Commentary / Analyses Detour
In case I never post any of these, I HAVE to link to this excellent piece by Nicholas Kristof in The New York Times entitled A Failed Experiment. Just read it and absorb it.

Land & Ocean Temperature Anomalies for Oct. 2012 compared to 1981 - 2010 period average, source here.
Note the sentence about how October 2012 was the 332nd month in a row of above-normal to the 20th Century average global temperatures. This is contrasted with the lack of meaningful discussion about human-induced climate change.


Speaking of things political, Ray and I managed to have a few discussions that broached current topics of that nature yet with no acrimony, including on ObamaCare and the generic topic of Obama / Democrat(ic) Party-supported "welfare" (whatever that is, post-1996). 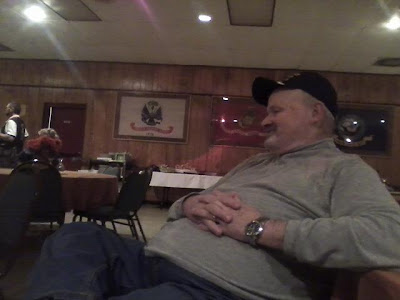 
At least the Fox News Channel viewing (apparently, this year there is also a "LIBERAL WAR ON THANKSGIVING!") was at a minimum during this trip -- just endless but innocuous Hallmark Channel Christmas-themed movies, the Macy's Thanksgiving parade (NBC's coverage since CBS is the "Communist Broadcasting System") this morning, and sundry football games. Oh, and as I wrote part of this entry, an episode of CSI: Las Vegas that I would never otherwise watch. 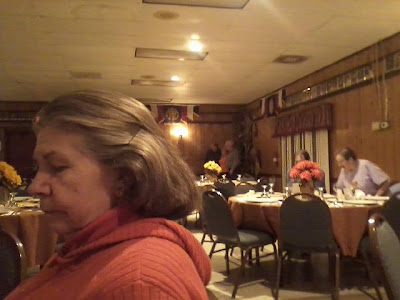 
I would also like to note that I saw the following bumper sticker on one of the trucks here in the trailer park: "I'll keep my freedom, guns, and money. You keep the CHANGE."
Ha ha 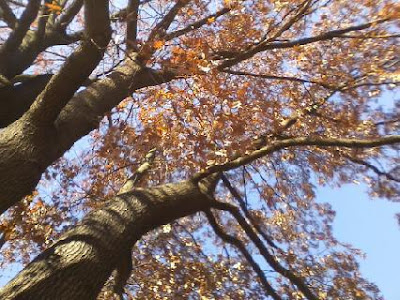 
When we got back to the trailer, I was telling my mom about the August 21, 2017 total solar eclipse and how I totally plan to see it, probably on the South Carolina coastline. She remembers -- though didn't recall the date -- the March 7, 1970 total solar eclipse, seeing it with my dad on the lower Delmarva near Chincoteague, Virginia. 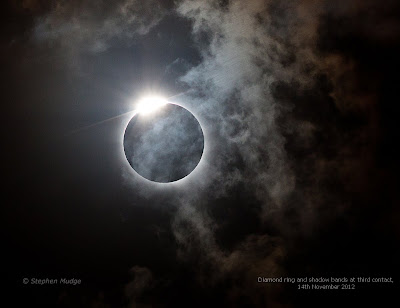 
I also showed her his online Five Millennium Canon of Solar Eclipses: -1999 to +3000*
*This includes total, annular, and partial. Also note the issue involving the "Year Zero" when the Julian (and modified Gregorian) calendar jumps from 1 BC (BCE) to AD 1 (CE).
####### 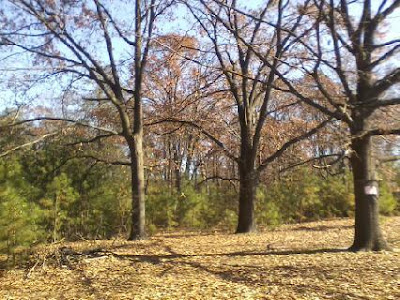 
OK, that's all for now. Again, I plan a Friday night musical interlude update and then a longer entry over the weekend -- possibly two, the second of which would be (finally) the Long Island and Jersey shore Hurricane Sandy damage and destruction pictures.
--Regulus
Posted by Regulus at 10:49 PM