On Lovebirds and Late Night Blog Entries -OR- "What's love got to do with it?" 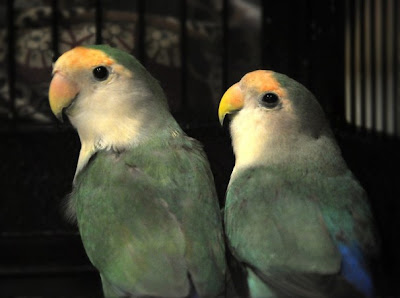 Two lovebirds, possibly Grey-headed (Madagascar) Lovebirds. A lovebird is a type of small parrot.
I thought maybe this was Gaylord Wade O'Henry and his latest interchangeable boyfriend, but then I realized the picture would need to look more like Donald and Daisy Duck.
#######


My blogging activities may be scarce the next several days. I'm not taking the computer home on Wednesday and I may not get to it on Thursday evening, in which case it would be on Friday. On Saturday, I'm going with Gary to Delaware for Andrea's wedding.
I had a good gym workout tonight at the YMCA including a good session with my personal trainer. Earlier, I had a relatively productive day at work as I FINALLY finish an interminable compliance case report.
Oh, yes, and it looks like I will be going to the really big 100th birthday event for my great aunt (Aunt Babe) in late January in Long Branch, N.J. I'm going with my mom and my dad is driving up separately from Florida. At least that's the plan now.
####### 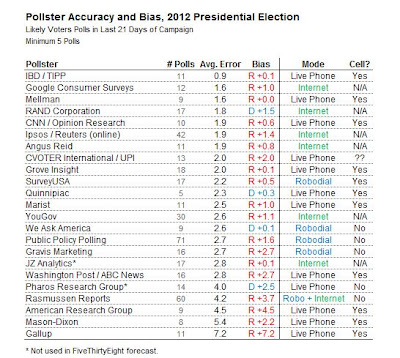 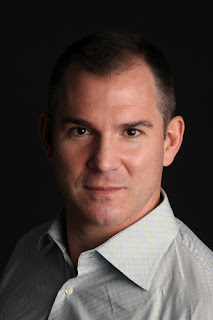 Frank Bruni just wrote on the glaring media double standards in the coverage of the ever-more-strange Petraeus sex scandal in how Paula Broadwell (for whom I am feeling increasingly bad) is being described versus Gen. Petraeus himself. The piece is "The Siren and the Spook" (link here). Bruni himself is a very gay man (just look at his picture). This gives the piece a curious and enjoyable angle, at least for me.


OK, that's all for now. Again, my next update may not be until Friday night, and then just a music interlude posting. My next full blog entry may not be until Sunday.
As for that promised entry with Hurricane Sandy aftermath photos, it will come eventually. My apologies. It will happen at some point in the next week or so.
--Regulus
Posted by Regulus at 1:35 AM