Are You Being Faithful? -OR- The Pun Starts Now This headline sounds more like a double entendre from the Britcom Are You Being Served? The copyeditor at ABC News, which produced this story, had to have done that on purpose. Here is the story link and here is the direct ABC News link (with slightly different headline).
In case you don't know, CIA Director Gen. David H. Petraeus resigned on Friday after it was revealed he had an extramarital affair with his fawning biographer, Paula Broadwell. Both are married, Petraeus over at least 37 years and Ms. Broadwell with two young children. She is apparently went to West Point and is a graduate of Harvard, and is also a Ph.D. candidate at King's College in London. She also did modeling for a machine gun manufacturer. Lovely. 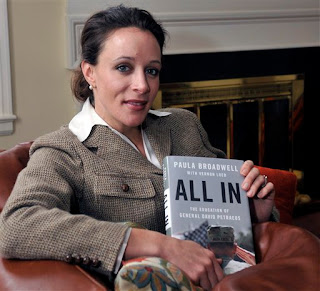 Here is the WaHoPo story about it today and here is a NY Times piece about her with more here  from the New York Times.


And as if that weren't enough of a double entendre for this odd story, Broadwell wrote the book entitled All In: The Education of General David Petraeus. 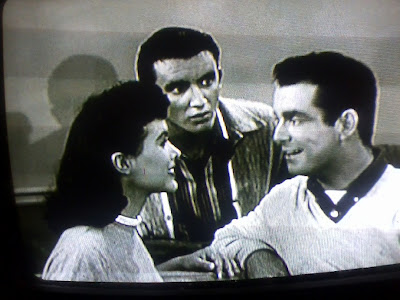 Screenshot of Jolene Brand, Ronnie Burns, and Michael (Mike) Mason in the episode "Misery Loves Company" of The George Burns and Gracie Allen Show aired yesterday on Antenna TV. I couldn't find any information on Mike Mason after the early 1960s on IMBD or anywhere so I don't know if he's even alive anymore. Jolene Brand ("Mary") is still alive. Ronnie Burns died in 2007.
#######


I'm heading out tonight to Old Ebbitt Grill to meet Andrea (she is getting married next week and her husband-to-be is in NYC tonight with friends for a bachelor party.
As for me, maybe I'll go to No. 9 afterward or perhaps Nellie's. 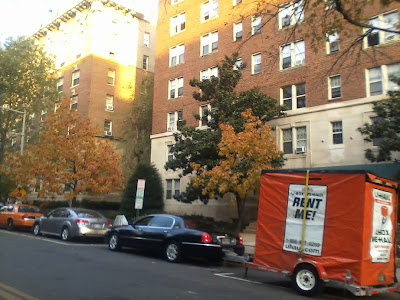 The street view outside my apartment building -- the Hampton Court (sometimes pluralized as Hampton Courts) -- in the 2000 block of New Hampshire Avenue NW, Washington, D.C., 4:30PM, Nov. 10, 2012.
The next door building is the much more upscale Northumberland, which apparently has been featured in at least one movie.
Next year, my building's D.C. street address and the calendar year actually match up: 2013.
#######

No, I haven't forgotten the promised entry to this blog.